This past June, CJP and JCRC ran a Young Leaders Service Mission to Dnepropetrovsk, Ukraine with participants from Boston, Haifa and Dnepropetrovsk, including several members of the Boston-Haifa Connection’s Young Leadership Committee. The trip involved site visits to all of the projects coordinated through the Committee on Post Soviet Jewry and two days of service. The trip focused on the continuation of Boston’s partnership in Dnepropetrovsk and the development of a Young Leader culture there. Below is a reflection written by Morris Singer, a Boston participant from the trip and a member of the Boston-Haifa Connection’s Young Leadership Committee. 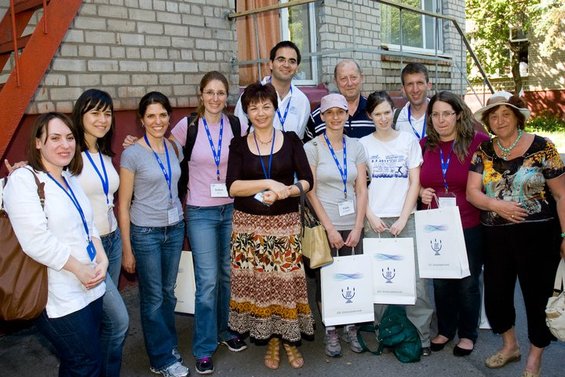 Am echad.  We are one people.

After thousands of years living in the Diaspora, Jews are still one people—am echad.  But given the speed of international travel and communications, we are more unified now than at any other time since the Babylonian Exile.  As of late, I have felt the notion of Diaspora becoming less relevant in my own life because of the connections I have forged with Jews in communities far from my own.  I have seen that we can engage each other in Jewish living and learning, no matter how remote the places we call home. 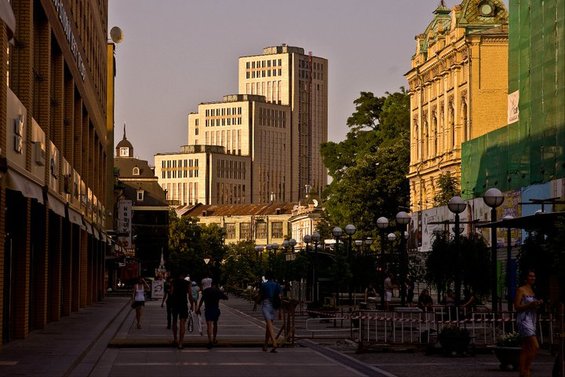 In June, I participated in the Young Leader Service Mission to Dnepropetrovsk, Ukraine, the fourth-largest Jewish community of the Former Soviet Union and the partner city with Boston in the Dnepropetrovsk Kehillah Projects.  In Dnepropetrovsk, young leaders from Boston and Haifa connected with each other and with young Jewish leaders in Ukraine.  As one group from three cities, we spent days engrossed in community service projects at an orphanage, a cemetery, a center for children with special needs, the homes of infirm elderly, and many other places.

During the trip, the Israeli and US delegates performed community service on a global scale, alongside Ukrainian Jews.  For me, this meant I painted fences, trimmed hedges, mowed lawns, and dug trenches for a garden.  But all of us together, from Boston, Haifa, and Dnepropetrovsk, did far more than that.  We set an example of social consciousness consistent with Jewish values and inspired a spirit of volunteerism among Dnepropetrovsk’s young Jewish leaders. 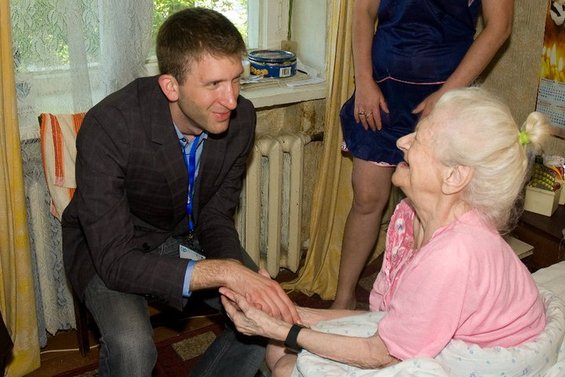 It is not hyperbole to suggest that the Jewish People is forever stronger as a result.  I personally left Ukraine feeling that the concept of the Diaspora is outdated when we all have the opportunity to come together and repair the world as one people.

For the past few years, I have developed partnerships with Israelis from Haifa through my participation in the Young Leader committee of the Boston-Haifa Connection.  Together, we have built the foundations for lasting collaboration in the spirit of Tikkun Olam, or Repairing the World. For this trip our mission was to identify and connect with a group of dedicated young leaders in the Dnepropetrovsk Jewish Community.  We shared our interest in working toward Tikkun Olam.

The trip was powerful and enormously successful for all of us who participated.  This was one of those occasions where the total was greater than the sum of its parts; all three cities benefited from one another’s diverse perspectives and experiences.
Particularly relevant were the ways in which young leaders enhanced their sense of belonging to Am Echad—one Jewish People—while doing Tikkun Olam in Ukraine.  We celebrated our commonalities, and we also rejoiced in exploring our uniqueness.  Thus we were able to lend diverse yet equal levels of expertise to a single set of goals rooted in our shared Jewish values.

Bostonians and Haifaim alike brought equal levels of diverse expertise to Ukraine along professional and social justice dimensions.  For example, Rebecca Hecht-Weistuch from Haifa and Samantha Joseph from Boston both brought experience in developing programs of corporate responsibility.  Their continued collaboration in Dnepropetrovsk may well lead to exciting corporate responsibility and community service programs in Dnepropetrovsk. 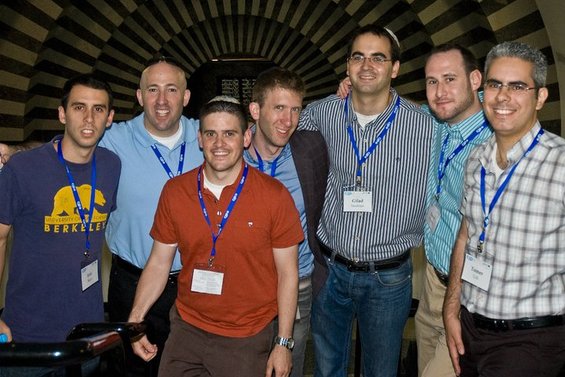 Additionally, the Haifa participants  found that the experience in Dnepropetrovsk enhanced their Jewish identity in a very deep way. During the trip, I had conversations with Rebecca Hecht-Weistuch and Gilad Saadoun, both of Haifa, about their Jewish identity and Zionism.  Their involvement with the Jewish Community in Dnepropetrovsk directly increased the depth of these conversations. They grappled with questions of whether support for Jewish communities outside Israel is or is not mutually exclusive with Zionism.  The Bostonians who were involved in these conversations were privy to a special opportunity to develop their own perspectives.

We concluded the trip having identified a group of young Jewish leaders in Dnepropetrovsk who can serve as our partners in social justice.  In this sense as well, the trip was an enormous success.

By continuing the relationships we built in Dnepropetrovsk, we will bring together Jews from three communities, no longer distant to each other, and strengthen our sense of Jewish Peoplehood.  Rather than to envision ourselves in the context of a disparate Jewish Diaspora, we can feel in ourselves more of a spirit of Am Echad, one people, repairing the world together.

Morris Singer is a member of the Boston-Haifa Connection Young Leadership Committee. He has established the Boston Haifa Legal Partners, a platform for an exchange of ideas between young lawyers in Boston and in Haifa.

To learn more about the connection with Dnepropetrovsk, visit http://www.jcrcboston.org/focus/strength/dkp/