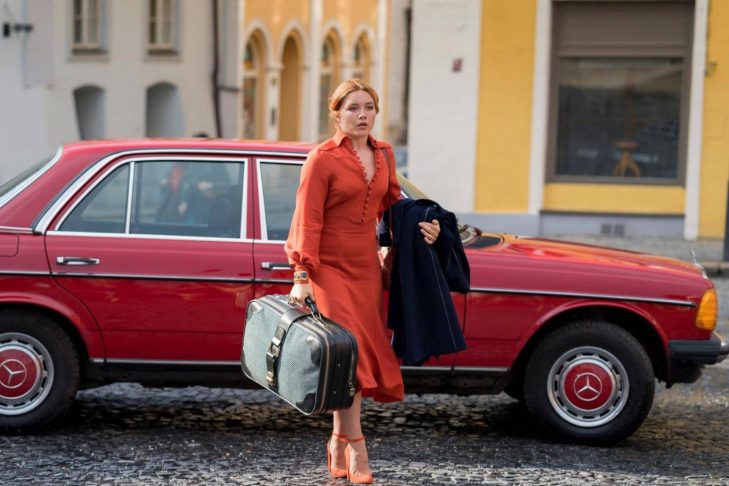 It’s a pretty established fact often discussed in the JewishBoston office that 2018 has been a banner year for movies about Israeli espionage. We’ve had “7 Days in Entebbe,” “Operation Finale” and the upcoming “The Red Sea Diving Resort,” all of which focus on heart-stopping, real-life operations carried out by Israel. Now AMC has decided to join this phenomenon with the fictional—and, sadly, remarkably boring—British-American miniseries “The Little Drummer Girl” based on John le Carré’s novel of the same name.

The 1970s-set espionage “thriller” is the story of a young, left-leaning English actress named Charlie (Florence Pugh, recently of Netflix’s “Outlaw King”). Charlie, who we first meet playing Joan of Arc (metaphor!), is passionate, angry, idealistic and, most important of all, once attended a talk given by Michel, the son of a Palestinian family whose older brother leads a terrorist group attacking targets across Europe. It’s her attendance at this one talk that gives the Mossad, led by spymaster Martin Kurtz (Michael Shannon, burdened with a truly traumatic ‘70s mustache), the creative yet highly improbable idea that Charlie should be recruited to infiltrate the Palestinian terrorist cell.

Kurtz wants to “cast” Charlie in the role of a lifetime, to pose as Michel’s British girlfriend and become a double agent embedded with the terrorists, a performance that would allow her to act on the greatest stage in the world: what Kurtz calls “The Theater of the Real.” 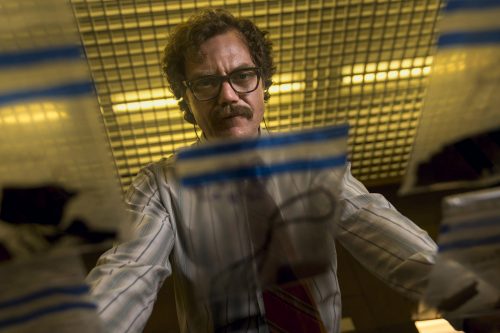 Charlie is already deeply sympathetic to the Palestinian cause, and Kurtz further pushes her by having Mossad agent Gadi Becker (Alexander Skarsgard, who deserves a better character than this emo wet noodle) pose as Michel. Gadi is sad (you can tell because of the bags under his eyes), and, apparently, like every other Israeli in this story, deeply ashamed of his Israeli-ness. Gadi plays the role of Michel to Charlie, dressing in Michel’s clothes, cursing out the Zionists and speaking passionately about what his family suffered in the Naqba (the “Catastrophe,” what Palestinians term the 1948 Israeli War of Independence).

It’s pretty easy to get why Charlie falls for Skarsgard’s Gadi (I, too, have eyes, and have seen “True Blood”). What’s implausible and never explained is why she would be inclined to work with the Mossad. None of the Israelis are remotely sympathetic. (Especially not Gadi; he’s only sympathetic when pretending to be Charlie’s Palestinian boyfriend.) The Israeli characters, including Gadi and Kurtz, apparently have only two events that shape their entire worldview: the Holocaust, of which Kurtz is a survivor, and the 1972 Olympics massacre, during which the Palestinian terrorist group Black September took hostage and brutally murdered the Israeli Olympic team. These are the only touchpoints or rationales offered for the Israeli point of view and, frankly, that’s a shockingly shallow take on Israeli history and identity.

No Israeli in the film can seem to muster any other explanation about why Israel is important to them. The only scene set in Israel, toward the very end of the series, takes place with a backdrop of concertina wire. The message is obvious: Israelis are not an inspiring people and have no cause for pride; just look how they have made Palestine ugly with their hideous, hideous razor wire! The viewer is left to the conclusion that the only reason Charlie is going along with the Mossad plan, besides Gadi being hot and, like, super tall, is because she really wants the acting experience. Even this is confusing—will she put spying on her acting resume? 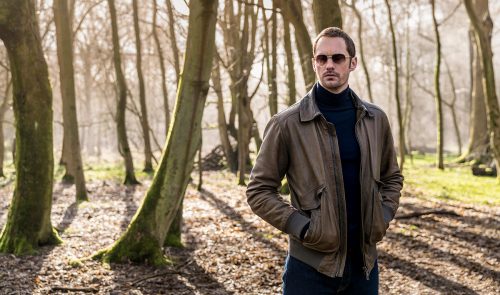 The miniseries is full of elaborate deception, costumes and staging (a beautiful scene of Gadi/Michel and Charlie’s “romance” is played out against the backdrop of the actual Parthenon, for example) that tie into the theme of the intersection of espionage and theater but suffers from an abysmal lack of character development. Pugh delivers her lines with a low-register sardonic tone that I enjoyed immensely. Charles Dance (Tywin Lannister in “Game of Thrones”) shows up briefly to be disdainfully, snarkily British for a few fun minutes, but the miniseries uses his character as merely another mouthpiece to accuse Israel of genocide (really, like the British have a leg to stand on there). Shannon tries valiantly to act around his unfortunate mustache, with limited results. Anyone who has seen “Big Little Lies” knows Skarsgard is capable of bringing a terrifying physicality to his roles, but this necessary ingredient is somehow missing from Gadi’s operative-in-emotional-turmoil character. As for the rest of the Israeli team Charlie interacts with, they left no impression on me whatsoever. I vaguely recall one of them was named “Shimon.” Maybe.

If you are planning on watching this miniseries for a balanced and fair representation of the Middle East conflict, or even just to enjoy a suspenseful thriller, really don’t bother on either front. You can tune in for some really smashing costumes, Pugh’s fiery performance or even an unintentionally hilarious training montage set in a Palestinian terrorist camp in Lebanon. If you want to watch a better le Carré thriller, just watch the 2016 adaptation of “The Night Manager,” starring Tom Hiddleston, Hugh Laurie and the incomparable Olivia Colman. Though produced by the same team, “The Night Manager” has all the snap and suspense that is so woefully absent from “The Little Drummer Girl.”

“The Little Drummer Girl” can be viewed on AMC here.