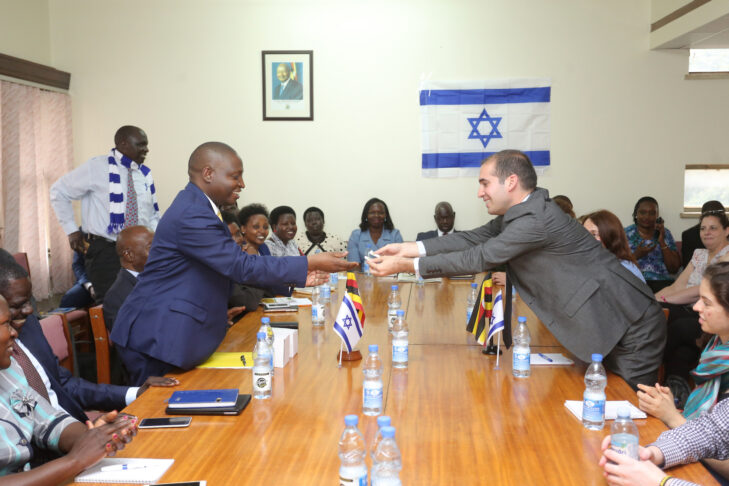 Last July, Project Inspire visited Kenya and Uganda and was accompanied by Eyal David, the Deputy Ambassador of Israel in Nairobi, accredited to Kenya, Uganda, Tanzania, Malawi, Seychelles and to the United Nations organizations based in Nairobi since August 2018. Prior to joining the Ministry of Foreign Affairs in Israel, David was a researcher of Jewish communities in the Middle East and North Africa. David has a master’s in Islamic and Middle Eastern studies and a bachelor’s in international relations and Islamic and Middle Eastern studies.

How would you describe the current relations between Israel and East Africa?

The relations between Israel and the countries in the region are great; there’s a lot of love and support from the countries here as the relations go back many years, even before they got independence. For example, in Kenya, the cornerstone for the Israeli Embassy was laid three days before Kenya gained its independence from the British on Dec. 9, 1963.

Since then, the countries were involved in many projects together, despite the strained relationship during the 1970s and 1980s as a result of the Arab boycott after the 1973 Yom Kippur War, which put pressure on African countries to cut their ties with Israel, and Kenya was among the countries to follow suit.

In the 1990s, the relations between Israel and Kenya were renewed, and in the last couple of years they have been flourishing. As evidence, Israeli Prime Minister Benjamin Netanyahu visited Kenya two times in the past three years, and in turn, President Uhuru Kenyatta visited Jerusalem in 2016. In addition, there are government level delegations, pilgrims and other visitors from each country who come see the beauty of the other country every year.

What is the role of the Israeli embassy in Kenya?

The Israeli embassy in Kenya covers five countries in East Africa: Kenya, Uganda, Tanzania, Malawi and Seychelles and represents Israel in the two United Nations organizations, Nairobi UNEP (United Nations Environment Program) and U.N. Habitat (United Nations Human Settlement Program). The role of the embassy in Kenya is to strengthen the political and cultural relations between Israel and the countries on all levels. For example, in November, the third Israeli film festival in Nairobi took place, where Israeli films that show the society and culture of Israel were presented to the Kenyan public.

Every year, the embassy brings musicians from Israel to participate in the jazz festival of Nairobi, the biggest music festival in the East African region. On the agricultural side, there are multiple projects in which the embassy works together with the government and people with the purpose of promoting food security in East Africa.

Lastly, the embassy also represents the interests of Israel in the region and encourages trade and business relations between the countries. Last year we opened the trade office in the embassy, and a trade attaché from the Ministry of Economy has joined our team. His role is to boost the trade and business collaborations, especially in the areas where Israel can contribute, such as high-tech, cybersecurity, agriculture and innovation, with the purpose of helping all countries in the region. 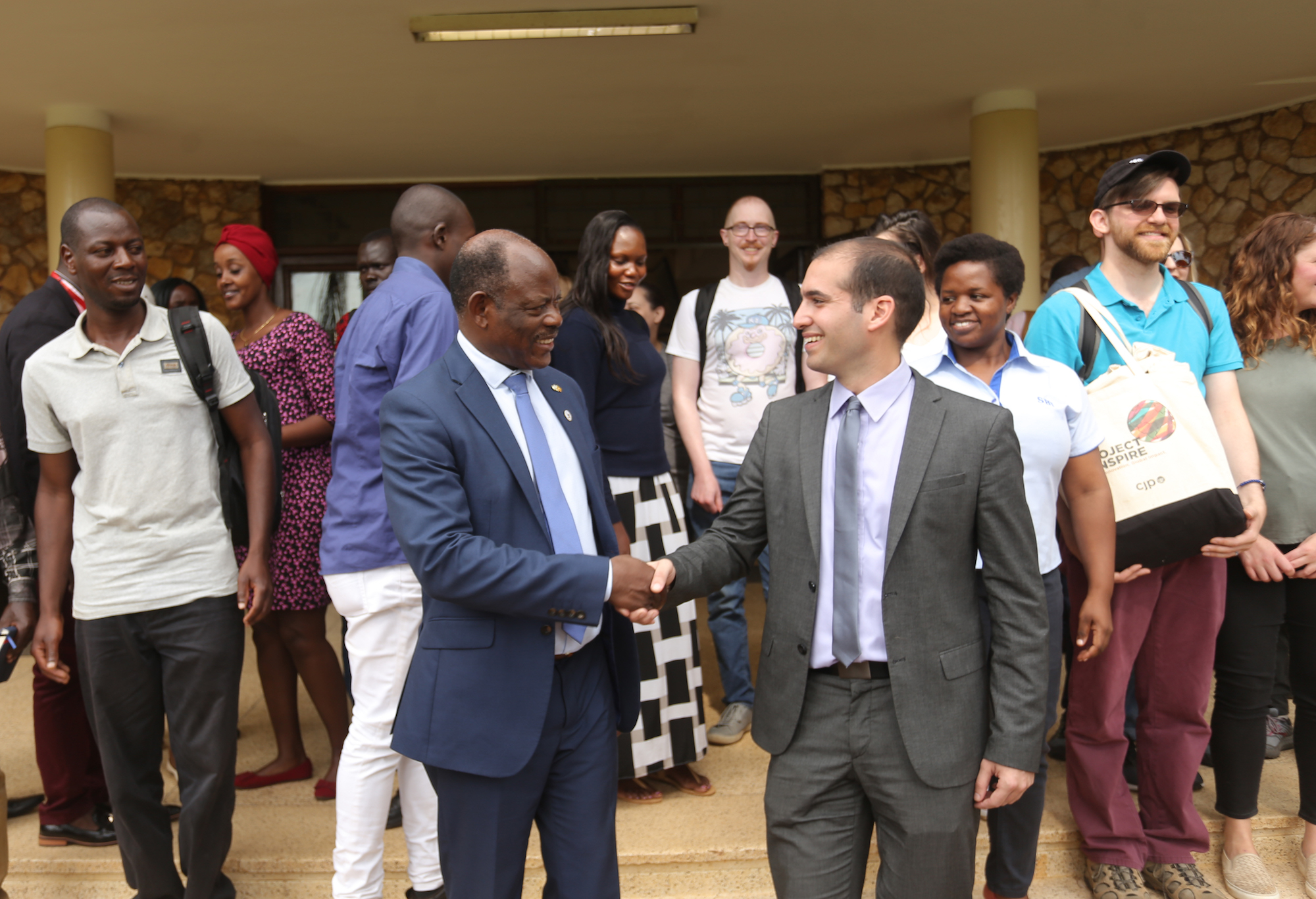 What are the main challenges you face as an Israeli diplomat in Eastern Africa?

Israel gets a lot of love and support from the people here who read and know about Israel from the Bible and love Israel unconditionally, therefore I do not face the same challenges as my colleagues, for example in Europe or other parts of the world, with movements which call to boycott Israel. Therefore, the main challenge here is the security challenge.

Terror threats go beyond Israel and the United States, and they are present in East Africa. Kenya experienced a few terror attacks in the last couple of years from terrorist organizations such as Al-Shabab, for example, and as an Israeli diplomat no matter where you are in the world, you are a target. Therefore, you need to take care of yourself, and the embassy in Nairobi is one of the most secured places in the city. I’m not worried, but it is a challenge as we cannot reach all parts of Kenya, like near the border with Somalia.

One of the ways Israel supports local initiatives is through MASHAV, Israel’s agency for international development cooperation. Last year, Israel celebrated 70 years since independence and 60 years since the foundation of MASHAV, which started in Africa. Through MASHAV, multiple projects and courses are offered in various fields, such as agriculture, high-tech and education. Every year, the flagship project of MASHAV sends students from the region for an 11-month agricultural training program in the Israeli desert.

Israel is famous for making the desert bloom since its independence 71 years ago, and we want to share the knowledge with our friends, who have the resources such as water and soil, and need our expertise in resource management to ensure food security for all people in the country.

Hundreds of students from all over the world, including 100 from Kenya, more than 200 from Uganda, 100 from Tanzania and 45 from Malawi, participate in the 11-month MASHAV agricultural training program this year. We are very proud of it and want to make sure they feel empowered to use the knowledge and tools they gain through the program in their communities, as they are the future of the country. We are working with the government and local agencies to ensure this program is a success.

There are also shorter programs that are offered by MASHAV. In 2018, around 200 Kenyan professionals participated in programs either in Israel or Kenya with Israeli MASHAV experts, the highest number of participants so far. We also have a relationship with the MASHAV alumni, as we see them as part of the Israeli family here in Nairobi, and wherever we can we help and support them, and we are very proud of their progress and their work. 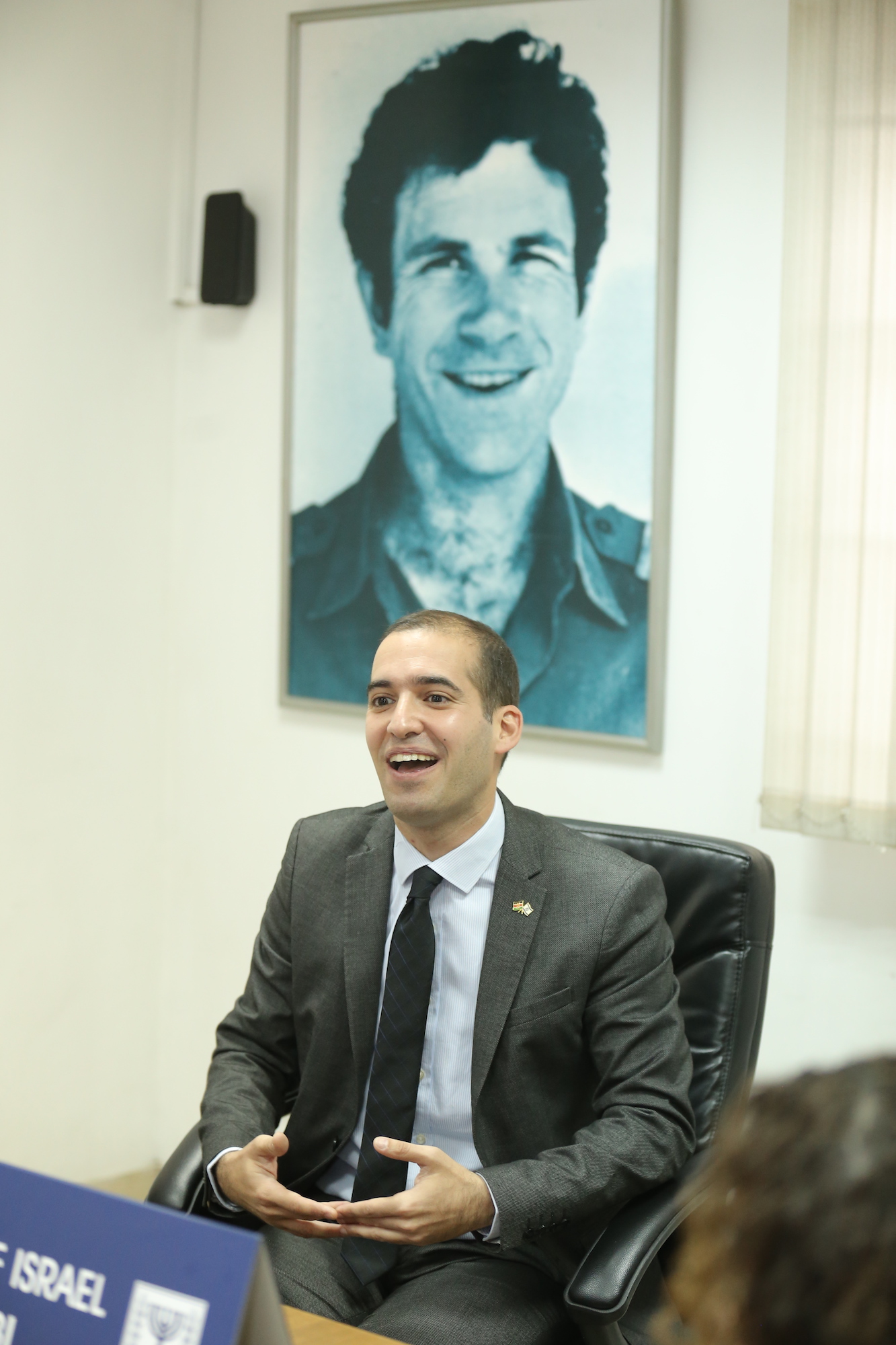 Why is it important for Israel to be involved in these projects?

Our role in the region is not only to be the connection point between the governments; our role is to work together with the people here and bring together the people of Israel and the people of the region. The best way to do it is by working on issues that are most important for them, which are sustainable development projects. In fact, this aligns well with the agenda of the presidents of the region. For example, one of President Kenyatta’s four pillars is food security, and when we empower youth in agriculture and bring experts to areas in the country that are struggling, it helps us strengthen our relations with the government and the people.

Based on the time and experiences you shared with Project Inspire participants over the last couple of years, how do you hope Project Inspire helps support Israel’s development work in Eastern Africa?

Last July, we hosted the third Project Inspire delegation from the Boston area, who got to witness firsthand the wonderful projects Israel is involved in here in Eastern Africa. In total, we’ve had six delegations of young Jewish leaders from across the United States and Canada so far. We are happy to learn about the broad interest that Jewish communities around the world have about the development work that’s been done by Israel globally.

Project Inspire participants are exposed to the sustainable development projects and the wonderful activities sponsored by MASHAV. However, the participants are not coming just to visit and see how Israel helps the empowerment of women or agricultural entrepreneurs; they also get involved and bring their support and the support of their Jewish communities to different projects. When the participants return home, they do not stay indifferent to what they have witnessed during their visit, and they keep in touch with the people they met here in schools, farms and universities that the Israeli Embassy has projects with, as well as with MASHAV alumni. As a result, there are multiple follow-up projects with local organizations, which is exactly what we are looking for.

We are hoping not to have participants come just for one visit but for continuation, additional visits and collaboration with local initiatives. We look forward to hosting more Project Inspire groups and other groups of young Jewish leaders. This is another great and more creative way to connect Israel and the Jewish communities across the United States. These visits could not be possible without the collaboration of the Jewish federations, with Israel’s Ministry of Foreign Affairs and the Israeli consulates in the United States, such as CJP and the Consulate General of Israel to New England. The embassy in Nairobi is happy to be involved in Project Inspire.

Project Inspire offers young adults from the Greater Boston area the opportunity to witness firsthand Israel’s impact on the world through agriculture, education, high-tech, innovation and more. Every year, Project Inspire participants visit countries like Kenya, Uganda, India and Guatemala and come back empowered to share Israel’s tikkun olam story with their communities back in Boston. For more information on Project Inspire, including future trips, blogs and follow-up projects, please visit cjp.org or follow CJP Project Inspire on Facebook. 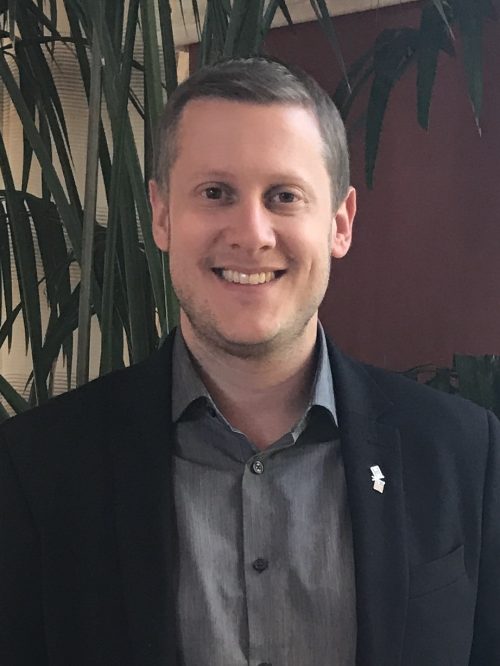 Oren Petraru is originally from Kiryat Bialik, Israel. In the summer of 2007, right after Oren finished his service in the IDF as a tank gunner and medic, he was a shaliach at Camp Young Judea Sprout Lake in New York, where he met his wife, Emily. After camp, Oren completed his psychometric entrance test (as all good Israelis do) and moved to Amsterdam for two years for a security position with El Al. In 2010, Oren started his undergraduate degree at Hebrew University’s Mount Scopus campus, during which he was a StandWithUs fellow. In 2014, Oren moved to Boston to start his master’s program at Massachusetts Institute of Technology. Oren lives in Newton and loves traveling (especially abroad), hiking, kayaking and biking.