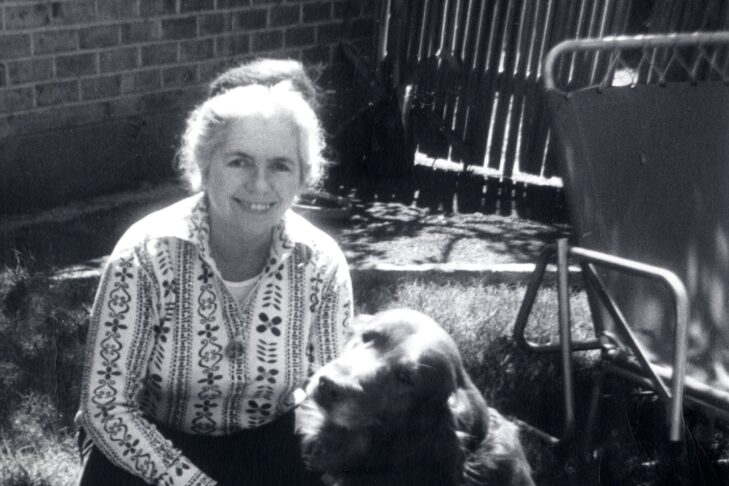 For those of you who have not read the great Grace Paley, I am truly jealous of your first time. Paley was one of the best American Jewish fiction writers of the 20th century. I will never understand why she is not included in the literary pantheon dominated by Roth-Bellow-Malamud. Or maybe I do understand. She was a woman, an outspoken woman at that, which could have very well excluded her from the all-boys’ club of American Jewish letters. She wrote in a vernacular particular to Jewish immigrants in the early 1920s and ‘30s. Her language was a heady brew of Yiddish, Russian and English, in a voice that belonged only to her.

Paley published her first collection of short stories, “The Little Disturbances of Man,” in 1959. Before Doubleday brought out the book, Paley’s stories had been roundly rejected. While the book did not attract a wide audience, Paley developed a cult following that grew over the years. For me, the moment she stepped out in the literary world she became the godmother to American Jewish women writers. As she noted in an interview with The New York Times in 1978, “I’m not writing a history of famous people. I am interested in a history of everyday life.”

And so she did, brilliantly. Her stories unfolded in her native New York, particularly in the 1970s Greenwich Village, where Paley prominently demonstrated against the Vietnam War and articulated her left-of-center views. But it was in the Bronx, where her immigrant parents settled in the earlier part of the century, that she vividly captured the complexities of life for new Americans.

This brings me to one of her short stories, a masterpiece called “The Loudest Voice.” The story, which Paley tells in sepia tones, is about Shirley Abramowitz, a little girl who possesses the loudest voice of anyone in her neighborhood or school. As Paley tells it, Shirley’s voice is a force of nature in that, against all odds, it manages to exist in “a certain place where dumbwaiters boom, doors slam, dishes crash; every window is a mother’s mouth bidding the street shut up, go skate somewhere else, come home. My voice is the loudest.”

Shirley’s vocal prowess, sometimes an annoyance to her parents and friends, is suddenly appreciated in her public elementary school. She is summoned to see the teacher coordinating the school’s annual Christmas show. Shirley and her booming voice are given the honor of narrating the show. She joins a cast of mostly fellow Jewish Americans barely acclimated to their new country. Their families have mixed feelings about their children starring in the show. But this is America, and everyone tries to ignore that, at its core, Christmas is a Christian holiday. Shirley’s mother, however, is horrified. She fears that in America, “we fall into a creeping pogrom, that our children learn a lot of lies….”

Shirley’s father, Misha, is nonplussed, even amused that his daughter has one of the leads of the Christmas show. Paley writes: “‘Ho! Ho!’ my father said. ‘Christmas. What’s the harm? After all, history teaches everyone. We learn from reading this is a holiday from pagan times also, candles, lights, even Hanukkah. So if they think it’s a private holiday, they’re only ignorant, not patriotic. What belongs to history belongs to all men.’”

Unless you went to a Jewish day school, you probably sang a Christmas carol or two in school. As Paley portrays it, participating in some kind of Christmas celebration is a rite of passage in an American Jewish childhood. I have vivid memories of being cast as the partridge in a pear tree in a Christmas show and experiencing Christmas in all its glory as the only Jewish kid in my class at a small all-girls’ Catholic high school. Against the odds, I liked my high school. The classes were small, the nuns were progressive and everyone was respectfully curious about me. The Protestants and I comfortably sat out chapel and the weekly religion class.

However, in my senior year, I became a Shirley Abramowitz figure at Mount Saint Joseph Academy. As the partridge, I wore a brown leotard and hid behind my friend Denise, who stood still for the entire show as the pear tree. After flapping my grocery-store-bag wings 12 times, and, forgive the pun, hamming it up each time, I received a standing ovation. Yet I had clear limits, and, like Shirley, I made an accommodation within them. As long as I didn’t have to say a Christian prayer or mention Jesus’ name, I was fine.

There is never a question that Shirley’s Jewishness and that of her friends is central to their lives. The Cramers may be in charge of selling tickets to the Christmas extravaganza, and Marty Groff may be a convincing Jesus as he wears his father’s prayer shawl, but in the end these sweet, bumbling grade-school actors who find themselves in a nativity scene are the most Jewish of Jews.

After the play, Shirley Abramowitz falls asleep to the grownups talking in the kitchen: “They debated a little in Yiddish, then fell in a puddle of Russian and Polish. What I understood next was my father, who said, ‘Still and all, it was certainly a beautiful affair, you have to admit, introducing us to the beliefs of a different culture.’”

And with that, Shirley Abramowitz’s voice—strong, intact and crystalline—rings sonorously in the reader’s ears.