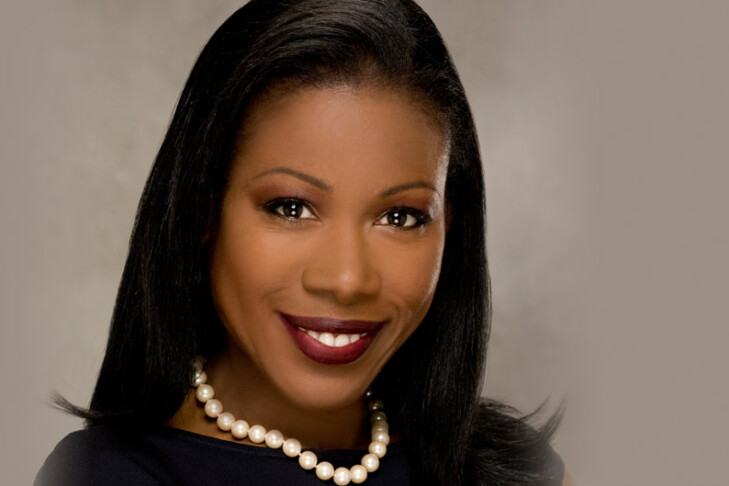 The focus of Isabel Wilkerson’s new book, “Caste: The Origins of Our Discontents,” is deceptively simple: Wilkerson rejects the notion that race and caste are synonymous. As she writes, the terms “can and do coexist in the same culture and serve to reinforce each other.” She continues: “Race, in the United States, is the visible agent of the unseen force of caste.”

Sit with that as I tell you a bit about Wilkerson. She is a former New York Times reporter who won a Pulitzer Prize for her work covering the Midwest. In 2010, she published “The Warmth of Other Suns: The Epic Story of America’s Great Migration,” an award-winning book on the migration of African Americans from the South to the North during the 20th century.

The word “epic” stands out to me as I consider Wilkerson’s work on the history of race and caste in our country and beyond. While she synthesizes the work of previous historians and sociologists in “Caste,” she also offers fresh analysis on the subject. Make no mistake: “Caste” is a big book and comes in for a hard landing in the reader’s psyche. As I read through its 400 pages, I couldn’t help defaulting to superlatives and predicting that it will become an American classic.

Wilkerson writes that caste “is an artificial construction, a fixed and embedded ranking of human value that sets the presumed supremacy of one group against the presumed inferiority of other groups on the basis of ancestry and often immutable traits, traits that would be neutral in the abstract but are ascribed life-and-death meaning.” Take in that excellent explanation of caste with this image: “As we go about our daily lives, caste is the wordless usher in a darkened theater, flashlight cast down in the aisles, guiding us to our assigned seats for a performance.”

In America, the implementation of caste has a solid start date going back 400 years to the time the first ship of the transatlantic slave trade set anchor in America in 1619. As Wilkerson points out, until that point, people of various nationalities—including the Irish, Germans, Poles and, of course, the British—never thought of themselves as white. That construct came to life when they came together to create a new country and a new culture. The common denominator among them was their white skin, a prerequisite of belonging to the dominant caste. Black people, trapped in brutal enslavement, were on the bottom of this rigid, merciless construct.

Wilkerson elucidates the concept of caste as she examines two distinctive cultures. India’s centuries-old treatment of Dalits—a word that means “downtrodden” and has replaced the term “untouchables”—is an obvious comparison. Despite explicit protections in India’s constitution, to this day Dalits are regarded as subhuman; contact with the upper castes is tacitly forbidden. This ingrained expression of inferiority makes it nearly impossible for Dalits to move about in Indian society. One Dalit, a scholar who has studied in the United States, seemingly breaking out of the caste’s social strictures, told Wilkerson he wore shoes that didn’t fit because he was too intimidated to ask a clerk for the right size. 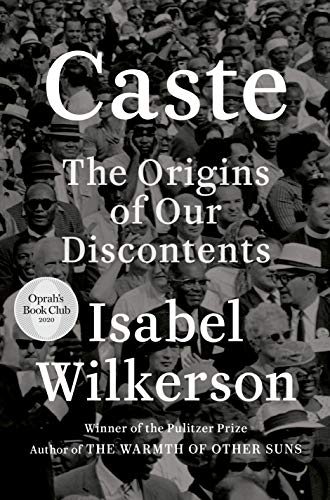 Wilkerson shows that India is a natural template of a deeply rooted caste system when she writes about Martin Luther King’s visit to the country in 1959. The civil rights leader was visiting a school in Kerala for outcast children, where the principal introduced King as “a fellow untouchable from the United States of America.” Wilkerson observes that it was a moment of reckoning for King, who “realized that the Land of the Free had imposed a caste system, not unlike the caste system of India.” During Wilkerson’s research trip to India in 2018, as an African American woman she similarly discovered that caste in America was as entrenched as it was in India when “Dalits…gravitated toward me like long-lost relatives.”

The third braid of Wilkerson’s narrative brings in Nazi Germany and how its ideas of aryan superiority owed a debt to the American eugenics movement, which emerged in the late 19th century. German eugenicists consulted their American counterparts and widely read the movement’s literature in the years leading up to the Holocaust. German researchers also came to America to study Jim Crow laws. The American enforcement of racial disparities and the ongoing caste system influenced the drafting of the Nuremberg Laws.

In an interview with NPR, Wilkerson said that her intention in bringing Germany into her calculus of caste was to show how Germans have confronted their Nazi past through education and public memorials. For example, stolpersteines, or the Stumbling Stone Project, which a German artist began in 1996—consists of brass plaques embedded in sidewalks in front of Nazi victims’ homes across Germany. The plaques form a decentralized, interactive monument. To qualify to place a plaque in front of their house, the occupants must research the history of the people who lived there before the war. People have to secure permission from the city and pay 120 euros to sponsor a stolpersteine.

Wilkerson also visits Germany’s Holocaust Memorial, which sits at the seam of a reunified Berlin. The monument’s location makes it impossible to ignore the country’s Nazi past. In New Orleans, Wilkerson reports on the 2017 demolition of a monument to the confederate general and slave owner Robert E. Lee. The mostly African American demolition crew was forced to complete the job under cover of night while fending off death threats.

In an interview published last year in The New Yorker, the philosopher Susan Neiman, an American Jew who has lived in Berlin since 1982, says that Americans have a lot to learn from Germany about confronting our painful history of slavery, racism and, I would add, caste. She notes that there are more Holocaust museums in the United States than in Germany, Israel and Poland combined. On the other hand, there are almost no museums dedicated to slavery in America. It took more than two decades to establish the National Museum of African American History and Culture after the United States Holocaust Memorial Museum opened in 1993 on the National Mall. Neiman says that the American preoccupation with the Holocaust is “a form of displacement for what we don’t want to know about our national crimes.”

The Germans have a dedicated word for grappling with their national history, which loosely translates as “working off the past.” Americans have yet to begin the reflective and difficult process of addressing our racist past and continuing caste system. “Imagine,” says Neiman, “a monument to the Middle Passage or the genocide of Native Americans at the center of the Washington Mall. Suppose you could walk down a New York street and step on a reminder that this building was constructed with slave labor.” I have no doubt that Wilkerson would say those memorials represent the crucial first steps toward dismantling the American caste system.