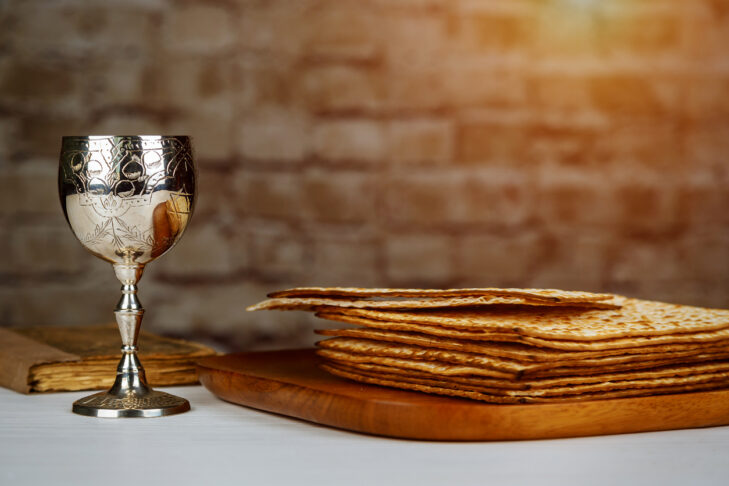 The poet and teacher Jessica Greenbaum, a friend for over 30 years, and her co-editor, Rabbi Hara Person, recently guided me through their new Haggadah, “Mishkan HaSeder: A Passover Haggadah.” I was so happy to have their company and wisdom. It is natural and genius to illuminate the Haggadah’s questions and metaphors with poetry. The result is one of the most moving Haggadot that I have read. Greenbaum and Person have elevated the familiar and cast new light on a story that has been retold for generations. Their work around the foundational story of the Jewish people enables readers to fulfill the commandment of experiencing the Exodus personally and meaningfully.

Greenbaum said her “interface with Judaism and spirituality is through metaphor.” Her poetry selections for the Haggadah highlight the organic connection between the contemporary poems and historical text. The editors also pay homage to the Jewish tradition of reading a text closely. Texts are cherished in Jewish tradition. They are read over and over—to parse, deepen and, as my children said when they were little, to understand them “more better.” The poems Greenbaum and Person have offered in this Haggadah make it so. 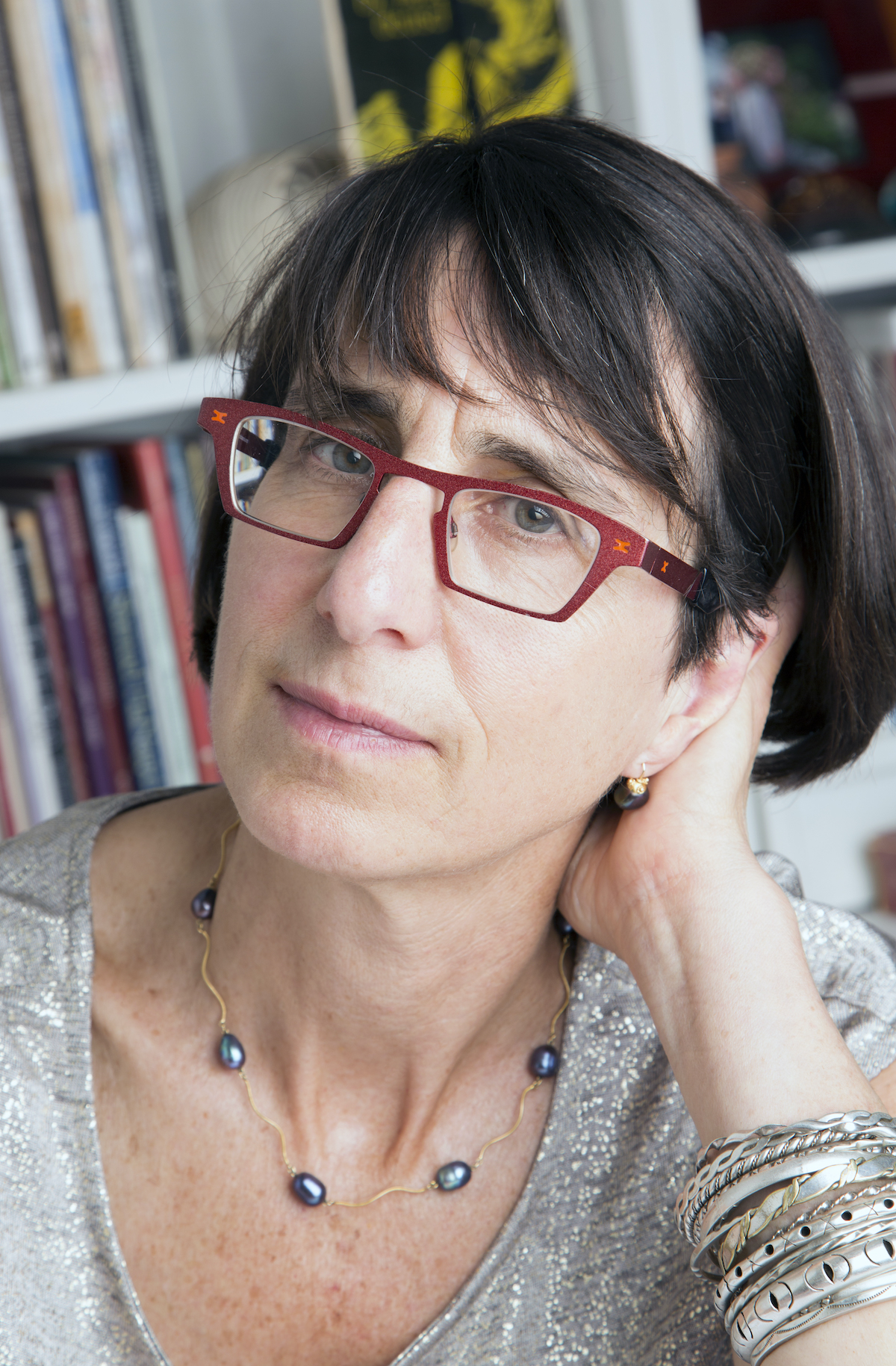 A brilliant example of this traditional back-and-forth dynamic across the page, and across the generations, is the editors’ deconstruction and rebuilding of the Four Questions. This seder classic is on the Haggadah’s right page. Greenbaum and Person’s version of the questions on the left page inspire seder participants to delve more deeply into them. In their adaptation, the first question asks: “Haven’t we taken this trip before? Just last year? Why go again? Is it possible to see different things upon arriving this time?”

The next three questions innovate by requesting people to fill in the blanks. For example: “What about our neighbors we left behind? The ones visited by the Angel of Death? How do I live with their tears? How do we live with the tears of_______?” These deliberately open-ended questions grew out of discussions between Greenbaum and Person on social justice issues, such as working for others’ freedom. Person noted that the underlying question is about myriad aspects of personal liberation. “Have we been redeemed?” she asks. “Have we done all we could to help the stranger? Have we done all we could to hear the call, the cry of the oppressed, the call to justice?” 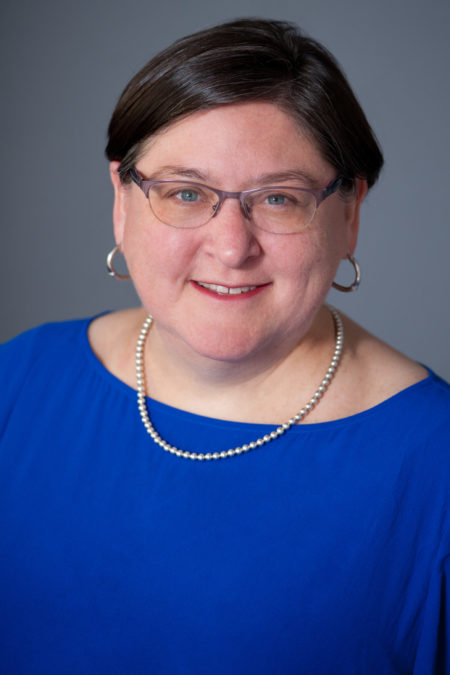 Greenbaum connects the questions to tikkun olam and poetry. “Poetry has always had a voice of social justice,” she said. “Sometimes it’s more overt. But if you’re observing the world, you’re observing sorrow. In your own world, you might make meaning from sorrow by creating a poem out of it. That’s tikkun olam, as much as you can do it for yourself and others.”

Greenbaum and I read some of the poems in the Haggadah together. She asked me to bear in mind that we’re sharing a way “toward revelation.” She added: “There is also the goal of bringing our whole lives to the moment and to the seder. Poems are written out of the experience of a whole life, not from a homogeneous slice of it. They’re about the human condition.” Greenbaum’s selections tap into the holiness inherent to the themes of inclusion, disability, immigration and transgender equality.

She pointed out that Erika Dreifus’s poem “Dayenu” is important for the way “it describes how a family has experienced distress and is in the present moment with joy.” Dreifus writes:

At Passover, we read aloud from the Haggadah
and we mention four children.
When I was growing up, we laughed
as each found its match around the table:
the wise child, the rebellious, the simple.
But later, the laughter stopped
When we reached the child who is unable to ask.

Greenbaum noted that Rose Black’s poem “Invitation” shows how people can feel like a stranger at a seder. Everyone is invited to come and partake. But how does it relate to a person’s tradition and their family? Black begins her poem:

all the Jews who came before Jewish and Catholic
ever existed, before the pyramids of Egypt… Greenbaum said that she and Person read each poem out loud together. Emma Lazarus’s poem “The New Colossus,” which includes the iconic lines, “Give me your tired, your poor/Your huddled masses yearning to breathe free/The wretched refuse of your teeming shore,” brought them to tears.

Karl Shapiro’s poem “The 151st Psalm” complements the immigrant theme, portraying God as the ultimate immigrant who is very much in the world with the poet.

Immigrant God, You follow me;
You go with me, You are a distant tree;
You are the beast lows in my heart’s gates;
You are the dog that follows at my heel;
You are the table on which I lean;
You are the plate from which I eat.

Greenbaum also includes President Biden’s favorite poem, “The Cure at Troy” by Seamus Heaney, in the Haggadah. The president read it with Lin-Manuel Miranda at the inaugural gala. Heaney writes:

So hope for a great-sea-change
On the far side of revenge.
Believe that a further shore
Is reachable from here.
Believe in miracles
And cures and healing wells.

That stanza, said Greenbaum, “is built for Passover. It says that our story is archetypal, and not just for us.”

It is only right to end this literary tour of “Mishkan HaSeder” with Greenbaum and Person’s poems. Person addresses the fact that Passover is a home-based holiday and that it has traditionally fell to women to clean and cook for it. In her resonant poem “Passover Love Song,” Person writes: “The seder is a love song written/in the language of silver polish/and dishpan hands.”

Greenbaum pointed out that her poem “After Reading Fatimah Asghar’s Ghazal, ‘WWE’” is about a Muslim immigrant family whose aunt loves to watch wrestling on television. Asghar’s poem reveals that the aunt’s husband has been abusing her and shows that she is only free when she watches wrestling. Here are the first lines of Greenbaum’s affecting poem:

If you ask around you find that the immigrant grandparents of the 1950s
Loved watching wrestling. I was discussing Fatimah Asghar’s spell-binding poem
In relation to Jacob, you know, wrestling, and also how Rebecca steals
The house gods and co-opts misogyny to take control, as Asghar’s poem does,
and everyone started chiming in about their own grandparents, how, when
still learning the language, they would watch Channel 5 on Fridays…

In “Mishkan HaSeder,” sacred texts and contemporary poetry interact across the page like the brightest of fireworks. This is a Haggadah that asks us to think about what is missing in our understanding and execution of social justice. It asks to honor the strangers among us. It’s a stunning achievement—a wholly distinct way to distill Judaism’s central narrative.