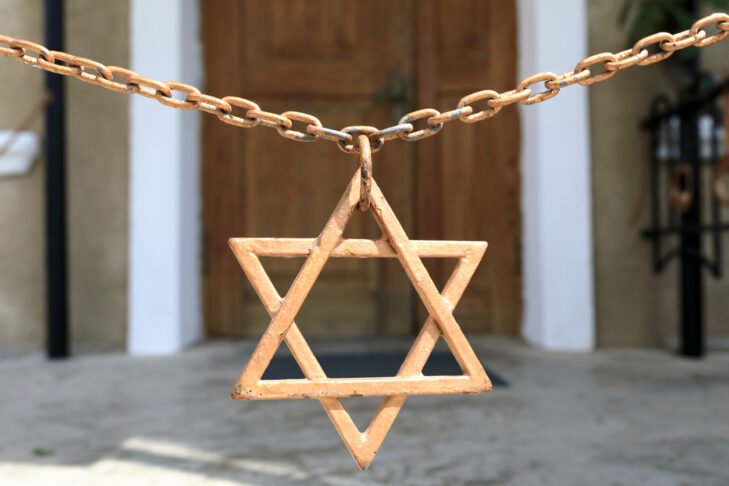 Last week, The Harvard Crimson editorial stated in its title that the university daily newspaper is “In Support of Boycott, Divest, Sanction and a Free Palestine.” Wholly adopting the narrative of the Harvard College Palestine Solidarity Committee, praising their “Keffiyeh Thursdays,” and their “colorful, multi-panel ‘Wall of Resistance’ in favor of Palestinian freedom and sovereignty,” the paper stated: “We … wish to extend our sincere support to those who have been and continue to be subject to violence in occupied Palestine. … This editorial board is broadly and proudly supportive of PSC’s mission and activism.” The paper does recognize that “Jewish people — like every people, including Palestinians — deserve nothing but life, peace, and security,” but when it comes to sovereignty, the paper grants this right only to the Palestinians.

At the same time, the writers of the editorial “feel the need to assert that support for Palestinian liberation is not antisemitic. We unambiguously oppose and condemn antisemitism.” It is interesting that objection to the very existence of the Jewish state, a level of disapproval and denunciation that even today’s Russia and North Korea do not face, is not considered antisemitic, but one of the board’s “foundational principles we must uphold.”

We should not be fooled by the paper’s thin veil of moralism; it is antisemitic to the core. At the same time, we should not blame them for writing such editorials when Jewish students themselves feel this way toward Israel. But when it comes to Jews, the only distinction that really matters to BDS activists, antisemitic university professors, Nazis, or whomever, is the distinction between Jews and non-Jews. The rest, for them, is detail.

The Crimson editorial comes as no surprise. It is part of a growing wave of antisemitism, whose end will be another catastrophe for the Jewish people. The editorial, as well as the Jewish community’s lackluster response to it, point to the fact that we, Jews, are not functioning correctly. And if we do not do what we must, we should not expect anything positive in our future. The editorial’s position will gain traction and the Jews will keep silent until they vanish, either physically or spiritually, and probably both.

Our only response to such publications must be enhanced unity. No protests or debates with antisemites will help, but only enhanced focus on internal unity among Jews; this is the only answer to antisemitism, and the only thing that will diminish it. Jewish sympathy with BDS is not our main problem, but what this sympathy reflects: the depth of Jewish division. The more divided we are, the more we increase antisemitism.

To tackle antisemitism, we must understand why there are Jews. I understand why Jews do not want to sympathize with their own heritage. Jews are pariahs. However, if Jews knew what it means to be Jewish, what a noble duty we have been given, and which the world demands that we carry out, perhaps they would relate to their heritage with more respect.

Just the fact that we are held responsible for so many misfortunes proves what power we hold in the eyes of the world. It proves that the world believes that we can bring tremendous good to the world, and they are mad at us for not bringing it. Therefore, all we need to do is find out what is the benefit that the world demands we bring it.

The benefit that we can and must give to humanity is mutual responsibility among everyone. We are the nation that conceived this notion when we first established our nationhood. We coined such sayings as, “That which you hate, do not do unto your neighbor,” and “Love your neighbor as yourself.” We became a nation only after we united “as one man with one heart,” and immediately thereafter were ordered to be “a light unto nations”—to be the world’s example of unity.

Yet we have lost our unity and have fallen into abysmal hatred of each other. In such a state, we do not serve our purpose, we are not a model of mutual responsibility or unity, and because of it, we condemn the world to perpetual bellicosity.

Everyone but us feels this and hates us for it. We are the only ones oblivious to our calling and therefore do not understand what everyone wants from us. While humanity cannot articulate its grievance against us, the fact that it accuses us of warmongering proves that they believe that we can eliminate belligerence.

Indeed, we can do it by restoring our internal unity above all our divisions. By this, we will become a “light unto nations.” If we restore our mutual responsibility, we will become the model that the world demands that we become, and we will gain the world’s respect and gratitude. Then, and only then, we will not see antisemitic editorials, as people will understand why there are Jews, and why there is a Jewish state.