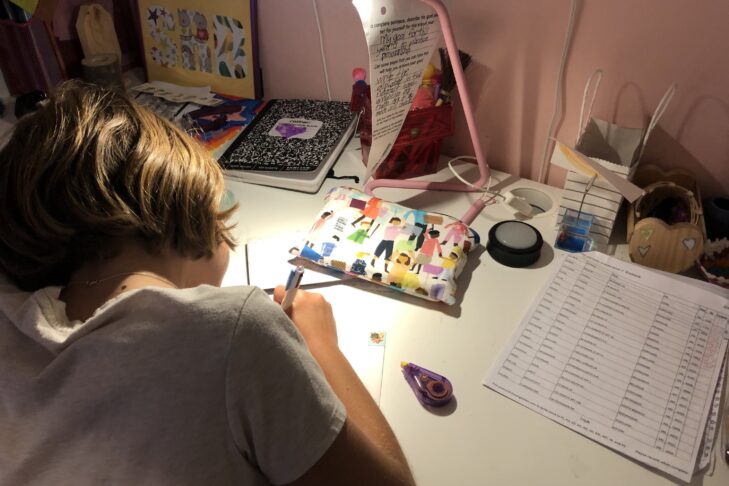 “People tend to be nicer to you when there are kids at the door,” she says, laughing. “I’ve also had good experiences with my kids when they were babies up to 10 years old, going to neighborhoods, talking to people. It feels humble and nice and a good opportunity to get them involved civically.”

She worked with the Elizabeth Warren presidential campaign through February. Now that her in-person work has been sidelined due to COVID-19, she launched a virtual Political Power Postcard Camp for mini-activists. It runs through September.

“I still wanted to find some way to work with kids, a way to do something big. This is such a big election. We have reached the point where, for the past four years, we’ve all been affected by things that have happened politically, but somehow I feel my kids have escaped that. They hadn’t been directly impacted, but now all kids have been directly impacted, COVID-wise,” she says. 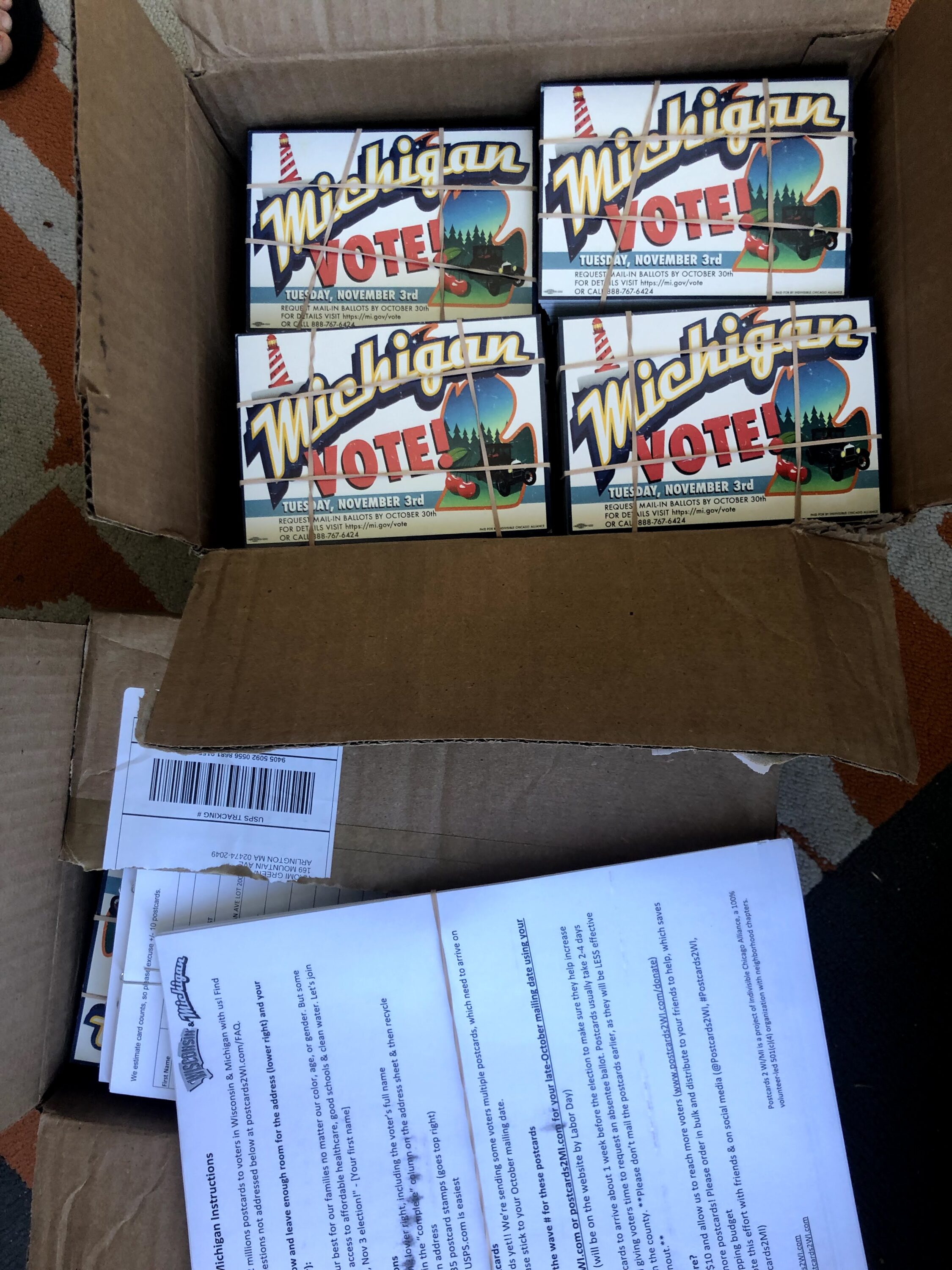 (Courtesy Naomi Greenfield)
She posted the idea online, and it took off: She now has 55 kids enrolled from 15 states. For a $75 fee, kids receive a postcard-writing packet with a handmade zipper pouch, 100 postcards for swing elections, a roll of stamps, a fancy pen and Wite-Out. Kids meet each week at 3 p.m. for an hour to write postcards and talk politics; they use Zoom’s polling feature to vote on hot topics (favorite quarantine activity, favorite color); and they also get a mini civics lesson. Greenfield shows videos and invites guest speakers, such as Massachusetts State Sen. Cindy Friedman. Kids from 8 to 12 are still welcome to enroll.
The handwritten postcards are sent to campaigns in swing states. “I’m not non-partisan,” Greenfield says. “But this is very grounding for me, and with kids not going back to school, the community aspect has been really nice.”
Plus, she says, there’s just something about the power of the written word.
“Imagine getting a postcard and putting it up on your fridge. I pay attention to handwritten stuff, and this is really a last push to get out the vote before November,” she says.
Filed Under: