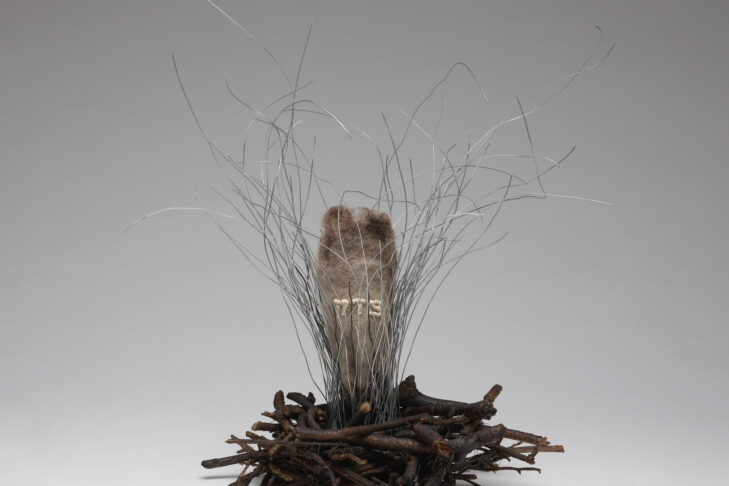 Unlike Hanukkah, Christmas tends to be thought of as a one-day holiday. However, it’s actually the beginning of the 12 days of Christmas. The 12 days, it’s thought, that it took the Magi, the three wise men, to get to the newly born baby Jesus. So, it feels strangely appropriate that this week’s Torah portion, Shemot, meaning “names” in Hebrew, opening with a listing of the names of the 12 tribes of Israel, aligns with Christmas.

Shemot is one of the more epic feeling Torah portions, moving from the listing of the names of the 12 tribes of Israel to the story of baby Moses floating down the Nile River in a basket in the beginning of the Passover Exodus story. This portion moves on to outline the full Exodus story, including the 10 plagues and the most iconic story of the burning bush.

The burning bush story is one I’ve long been enchanted by, going back to sixth grade, when I distinctly remember painstakingly quilting and gluing pieces of red, yellow and orange to a black piece of felt, making a pillow for a book report on said bush.

I’m not the only one who is fascinated by this story. For thousands of years, the image of this magically burning bush has ignited the spiritual minds of Jews and Christians alike. This fire, fantastical in its ability to burn without ever eating away the bush, was a visceral and almost tangible way for God to express to Moses.

The burning bush story is the original illustration of the dichotomy that fire represents, simultaneously as a source of life from its heat and ability to cook food, and also death if we get too close. Fire is both ethereal and tangible; technically something we can touch, and yet we can’t really “feel” beyond its heat. We can’t fully understand the fire, but we know that its warmth is a key source of life and connection.

The burning bush feels like a visual pinnacle of Shemot, a powerful visual intended to remind us of this dichotomy that fire holds of incredible power and danger in one. It reminds us to be respectful and cognizant of a higher power, while also remembering that it is our job as humans and keepers of the earth to ensure that we don’t burn it down.

It is this lack of complete understanding, but with knowledge of its centrality to life, that makes fire, and the burning bush, so representative of the tenuous relationship between people and God/belief in a higher power.

When I look at mixed media artist Caron Tabb’s “Woman of Valor 1,” a piece that riffs a traditional tzedakah box, I see the many facets of the burning bush in the burnt nest of the piece. I see the literal burnt wooden pieces that create the nest, Caron’s homage to Chaplain Clementina Chery, mother of 15-year-old Louis D. Brown, who was killed in Boston in 1993 by a stray bullet on his way to an anti-gun-violence meeting. And although Tina’s nest has been burnt with the death of her teen son, she has found strength in her search for justice to ensure that other families don’t have the same fate.

Tina Chery is an inspirational leader not just because she seeks peace in our community. She’s an inspiration because she believes in love and support for all who have been involved in gun violence, the victim AND the perpetrator, a sentiment that is central to finding true justice and peace in a community.

On top of this burnt nest base, Caron has created a soft felted wool center, embroidered with the Hebrew word “tzedek,” the root work of “tzedakah,” meaning justice or righteousness. Around the felt is wire reaching up, reminiscent of flames in how the wire both protects the nest and simultaneously represents danger and harm, evocative of barbed wire. “Tzedek,” true justice, like the flame, is a dichotomy. Justice is not just about right and wrong, but about the role we all play in bending the arc of justice to make the world a better place.

It is the dichotomy represented in “Woman of Valor 1” that feels so representative of the essence of the burning bush. The burnt nest side-by-side with the soft cushion of the felt. The barbed-wire-like flames juxtaposed with the word “justice.”

Life, and true justice, is in the dichotomy. “Woman of Valor 1” reminds us of the importance of community and connection in the face of challenging times. This week, may this tzedakah box, the lessons of Shemot, the burning bush, remind us of the power we have when we come together as a community.

“Woman of Valor 1” is on display in Caron’s show, “Humanity Is Not a Spectator Sport,” at the Beacon Gallery in Boston through Jan. 17.