A diverse group of Jewish professionals gathered at the Jewish Federation of North America’s General Assembly in Denver, Colorado from November 6-8 to discuss the future of Jewish leadership and reexamine our connection to Israel.

In sessions entitled “What do Israelis Really Care about Anyway?” and “Turning Israel Program Alumni into Advocates and Activists,” panelists looked at the social and cultural differences that exist within the global Jewish community, and prompted an important dialogue on cross-cultural connection. 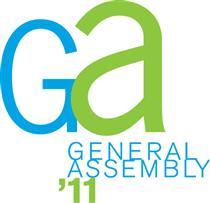 “Sure, [Jews] are one people with one religion, but there are so many cultural differences between us that we see every day,” said Amir Shacham, Director of the United Jewish Communties of MetroWest, New Jersey. “You’d think that with Facebook and online resources, cultural differences would be narrow, but I think the gap is even wider than what it used to be.”

Panelists spoke to an audience of seasoned professionals, curious young adults, and bright-eyed college students alike to emphasize the shifting framework of global Jewish identity and the need for the next generation of Jewish leaders to connect with Judaism through a stronger relationship with Israel.

According to Haviv Rettig Gur, Director of Communications for the Jewish Agency for Israel, the great divide between American and Israeli understanding of Jewish identity has only intensified in a post-World War II world where Judaism has shifted towards two opposite poles.

“The vacuum of culture creation was taken up by…the United States and Israel. As these two have tried to create Jewish society, they have gone on very different paths,” he said.

He encourages American Jews to travel to Israel in order to fully understand and appreciate this dynamically different Jewish culture, and to discern a uniqueness that simply cannot be picked up from the pages of a newspaper.

“American Jews need to experience Israel on the ground, to talk to Israelis and understand what they feel,” he said.

Such a cultural exchange has become a very real part of American Jewish identity with the advent of a myriad of organized trips—most notably, Birthright— that have helped to bridge a gap between American and Israeli Jewry and allowed for an honest assessment of our place within a larger Jewish context.

“When Americans come to Israel for the first time, especially to Tel Aviv, they are shocked by the differences between the ideas they had of Israel and the reality of Israel,” said Aluf Ben, Editor-in-Chief of Haaretz. 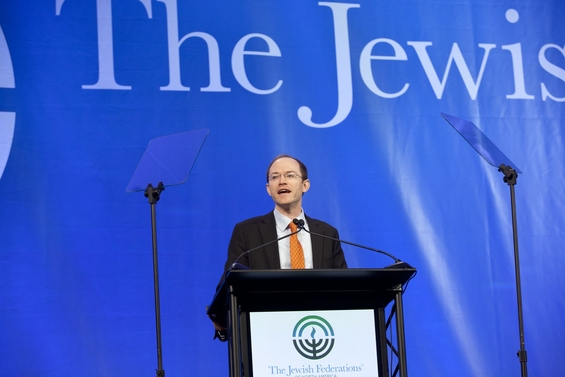 Participation in Israel trips has reached an unprecedented high: Birthright boasts over 250,000 alumni, and Masa—an umbrella organization that oversees a variety of long-term study, volunteer, and vacation opportunities in Israel—has supported over 60,000 students to attend its various programs.

“Our mission [is]… building a vibrant Jewish future of people who care. The best thing in our tool belt to address that is the Israel experience, particularly in a group context, to connect people to a sense of Jewish identity and show them why Jewish community matters,” said Scott Kaufman, CEO of the Jewish Federation of Metropolitan Detroit.

Panelists and audience members agreed on the significance of Israel trips to the next generation of American Jewish leadership, but the question of post-trip engagement and the next step for developing cross-cultural understanding remains a hot topic for further debate and discussion.

“It’s all about ownership. Birthright ignites, in many cases, something that’s unusual and never experienced before…we need to make sure there are opportunities for deep living and learning experiences so participants can grow and find their own Jewish pathways,” said Morlie Levin, the CEO of Birthright Israel NEXT, whose mission is to provide resources and opportunities for those who are looking to stay engaged after participating in Birthright trips.

Hillel International has also worked tirelessly to better engage Jews with Israel on their college campuses, and to make Israel a tangible and accessible reality to those who may not be informed about Israeli politics, culture, and social life.

“We’re finding ways to make Israel resonate for [students] and finding out what interests them,” said Sharon Ashley, Director of Israel Engagement for Hillel. “We see the fluidity of the educational experience…when students come back from Birthright, we continue the follow-through. It’s part of a continuum.”

Hillel’s most recent engagement initiative, Talk Israel, was piloted on several college campuses this year. The concept, which stressed informal discussions about Israel in central locations on campuses, fostered a completely new dialogue: one that strived to go beyond politics to touch on Israel’s gay rights initiatives, social protests, and the rich texture of Israeli society.

“The agendas [for Talk Israel] were created by campus leaders to let students take ownership,” said Ashley. “We’re putting a personal face onto the Israel narrative.”

In an age of misconceptions, generalizations, and great discrepancies in Jewish experience, the global Jewish community sees a need to demystify Israel in order to help young Americans become passionate advocates and pioneers for a potentially fruitful new connection.

And while the American Jewish community shifts its focus to the next generation of Jewish leadership, the Israel connection remains key. Rebecca Caspi, Senior Vice President of JFNA Israel, agrees wholeheartedly.

“The only solution to understanding is to spend time talking, interacting, listening, and just being together with the other side. We need to get to know our own family overseas,” she said.

Photo and images from General Assembly website. Photo is of GA Scholar-in-Residence Rabbi Elie Kaunfer at the opening plenary.