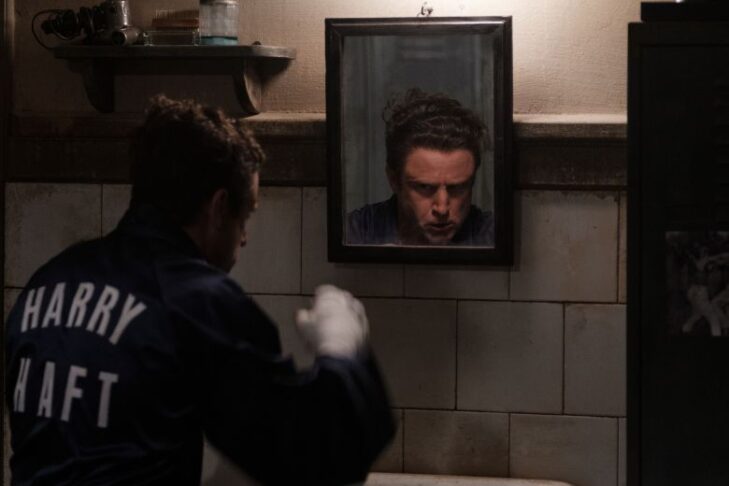 Ben Foster as Harry Haft in “The Survivor” (Promotional still)

Making its world premiere at the 2021 Toronto International Film Festival, “The Survivor” is a film with the quality to be a serious awards contender—if and when it gets a proper release. Barry Levinson’s biopic of Holocaust-surviving boxer Harry Haft was completed right when the coronavirus pandemic hit, a time when major studios simply weren’t buying new films and streaming sites reportedly passed on it for being too depressing. “The Survivor” is deeply depressing, but it’s also a damn good film with some surprisingly moving moments of hope amidst the horror.

Ben Foster, the Boston-born Jewish actor who starred in “Hell or High Water” and “Leave No Trace,” gives an incredible method acting performance as Haft. Playing this complicated character over three decades, he lost 60 pounds for the concentration camp scenes and gained it all back in muscle for the professional boxing scenes in America. His Polish accent is convincing, and he delves deep into Haft’s guilt, trauma and determination.

In Auschwitz, Haft faced a uniquely terrifying dilemma: the guard Dietrich Schneider (Billy Magnussen), sensing the ability to profit off Haft’s will to fight, offered him protection in exchange for engaging in boxing matches against other prisoners. The losers of these fights would be shot in the head—a fate Schneider and many of Haft’s opponents themselves said was more humane than the gas chambers. It’s a heavy moral dilemma, brutally portrayed. Watching the Yom Kippur scene during this year’s Days of Awe was an intense experience, to say the least.

What made Haft so desperate to live that he was willing to help kill his fellow Jews to do so? His main motivation was to live to see his lover, Leah (Dar Zuzousky), again. It’s this same desire that motivates him to aim high in the world of professional boxing in America, hoping to become famous enough that she’ll see his name in the newspaper if she’s still alive. In 1949, Haft is on a losing streak but manages to book a fight with heavyweight champion Rocky Marciano.

Levinson keeps the American-set boxing scenes entertaining without losing sight of the brutality Haft has both endured and enacted. John Leguizamo is fun as Haft’s trainer, Pepe, and Danny DeVito is even better as Charlie Goldman, Marciano’s Jewish trainer, who can’t help but sneakily help Haft himself. Vicky Krieps plays Miriam Wofsoniker, a woman who helps Haft on his quest to find his lost love while beginning to fall in love herself.

“The Survivor” is guaranteed to make you cry, both for its moments of unbearable suffering and for its grace notes of hope. The pacing could be tightened in its final act, and the film unfortunately makes the bad move of extending what would have been a perfect ending with an additional flashback scene that pushes into sappiness. The flaws, however, don’t stop “The Survivor” from being one of the best films I’ve seen at the Toronto International Film Festival this year.