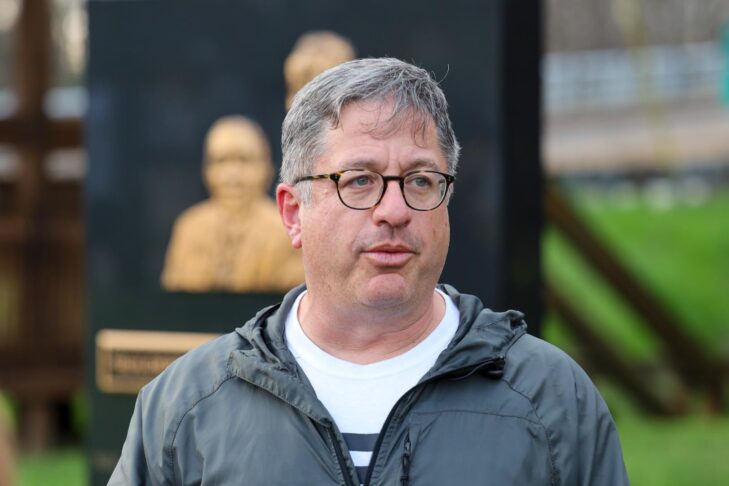 As part of our Purim programming, BJEP had the pleasure of welcoming Billy Planer as a guest educator for our BJEP@Home Sunday program. Billy is the founder of Etgar 36, an independent, nonpartisan and nonprofit Jewish educational program dedicated to empowering students to use their voice to get involved politically and socially and change the world.

Billy began by asking students if they had ever been in a situation where they had to decide whether to speak up or stay quiet. He then asked students to name someone past or present who used their voice and who inspires them. Both groups of students had a wide variety of answers to this question; some examples of people who inspire them are Malala, Dr. Martin Luther King Jr., Susan B. Anthony, Gandhi, Amanda Gorman, Ruth Bader Ginsburg and Anne Frank, among others.

Billy explained that many of these people faced backlash for using their voices. Much of what they had to say went against the mainstream and was therefore not received well. What we learn from them, though, is that even if we are nervous that what we have to say will not be widely accepted, we should still say it. We, too, can create change by using our voices.

This program was relevant for several reasons: It fell during Black History Month, a time where we celebrate the accomplishments of those who used their voices to pave the way toward a more just future and reflect on the work still left to be done. There has recently been a new wave of social and political unrest in the country, and it has become all the more clear that we must speak up to continue to create a more just future. The program also fell just two days after the holiday of Purim, recounted in the Scroll of Esther. In the Purim story, Esther speaks up when she learns of the planned murder of her people, the Jewish people. Though Esther, as queen, was in a position of considerable power, she was also Jewish, and in Persia at the time, the Jewish people were marginalized. The story touches on the complicated nature of intersecting identities, showing how those who are marginalized may speak up for themselves, and also how those in positions of power should be allies to those who are marginalized.

Lindsay Biebelberg is a BJEP teacher and interim program director.