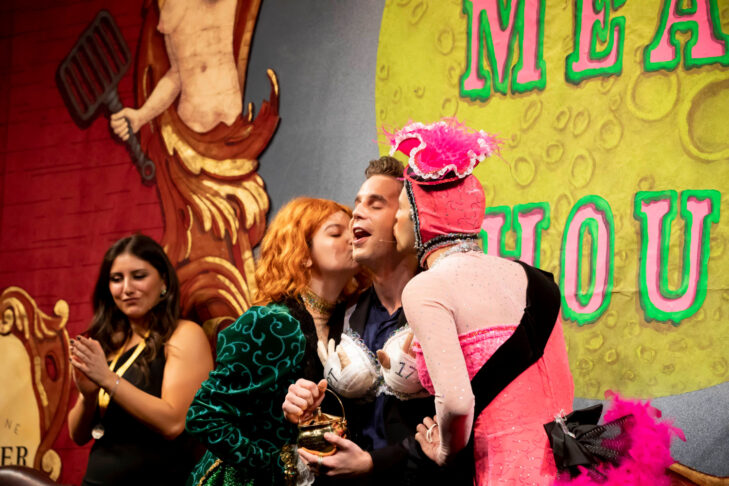 “Multifaceted” is an accurate description of Ben Platt. At age 26, the Jewish American star has already won an Emmy, a Grammy and a Tony award. Now he has a new honor for his resume: He’s the youngest-ever winner of the Hasty Pudding Theatricals 2020 Man of the Year Award.

Platt stopped by Cambridge on Friday night, Feb. 7, to receive the award on a night that gave tribute to his many rave performances, from the Broadway sensation “Dear Evan Hansen” to the Netflix series hit “The Politician.” He has also recorded a single with Lin-Manuel Miranda, “Found/Tonight,” and on Friday he displayed his singing talent by performing “Feeling Good” by Nina Simone.

When JewishBoston asked Platt about how Judaism influences his work, from theater to musical theater, he responded, “I would just say my inclination to turn every sort of cast into a family,” which he said is “very much from my Jewish experience—to share feelings, thoughts.” He compared this to “a Shabbat dinner on a Friday night with my family.”

This is true for “every creative experience,” Platt said. “I bond with everybody,” whether it’s “a piece of theater or the cast of ‘The Politician.’” He said that his Judaism is reflected in his effusiveness—as well as “my hypochondriacal tendencies,” he quipped.

The Hasty Pudding Theatricals tweaked Platt on his age at a roast that preceded the ceremony. Co-producer Samantha Meade joked that he is so young, he has to ask his parents for permission to hear his own songs. And, she teased, when he’s asked about his next project, he says it’s his bar mitzvah. 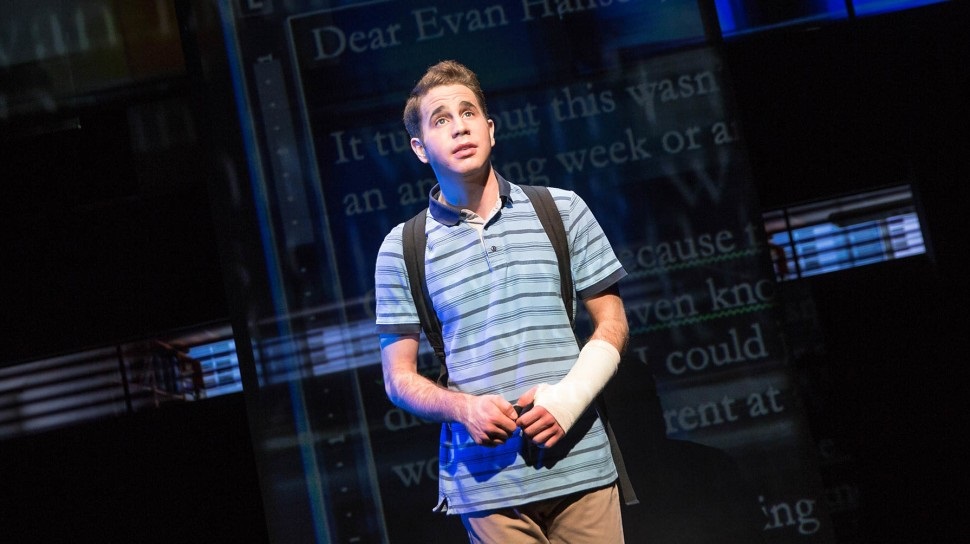 Platt last performed in the area one year ago, when he performed his solo album, “Sing to Me Instead,” at the Wang Theatre. An article from Alma described the many Jewish references from that night, including Platt recounting how he came out to his parents while on a middle school trip to Tel Aviv, and how he stole a Harry Potter book from a fellow camper at Camp Ramah (more on that later).

Friday night was different. Platt was being honored by America’s oldest theatrical organization, a group of Harvard students who perform a comedic piece every year that features male cast members dressed in drag. Previously all-male, the group has recently changed its policy to include a coed cast. Last Friday was the premiere of this year’s show, “Mean Ghouls,” which is set in Transylvania and features pun-filled character names like “Mia Ghenstaworld” and a ghostbuster named “Hugh Yagonnacall.”

At Friday’s roast, there were quite a few Oscars-related references, which were appropriate given that the Academy Awards was on Sunday. A tuxedoed member of the Hasty Pudding greeted Platt with the words, “I’m Oscar…we’ll meet in a couple of years. If you won me, Ben, you’d be the youngest EGOT winner ever. Without me, you’re nothing, just another EGT.”

One of Platt’s good friends was actually at the Oscars this year: presenter and Jewish American actress Beanie Feldstein. He said that she and Kathryn Gallagher are part of “a group of people” going back to high school days that he talks to. “We love to communicate separate from the work we’re doing,” he said, although he and Feldstein will have quite a big work project over the next two decades with the filming of Richard Linklater’s “Merrily We Roll Along.” 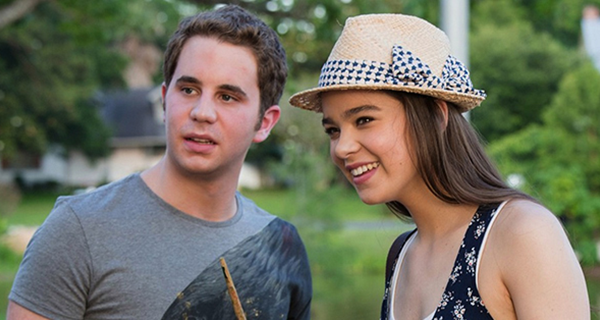 While Platt has a lot of exciting work coming up in the future, it was an infamous moment from his past that came under scrutiny at the roast. While he was a camper at Camp Ramah, he allegedly stole a copy of “Harry Potter and the Order of the Phoenix” from a fellow camper, also named Ben, to learn what happened. Now, many years later, Platt was ready to receive the Man of the Year Award when he was ambushed by two members of the Hasty Pudding Theatricals posing as the wronged camper—in a purple Camp Ramah T-shirt—and the camper’s parent.

“Ben is here now. He says he’s a Hufflepuff but he’s such a Slytherin,” the “camper” said. “I still have no idea what happens in the fifth book.” Platt was forced to explain the plot. “There’s a coalition against Voldemort,” he managed. “All the people fly together somewhere…oh, there’s a prophecy,” as well as “little snow globes.”

There were no snow globes on the Hasty Pudding stage last Friday, but there was a Man of the Year Award, and at the end of the night Platt finally received it.