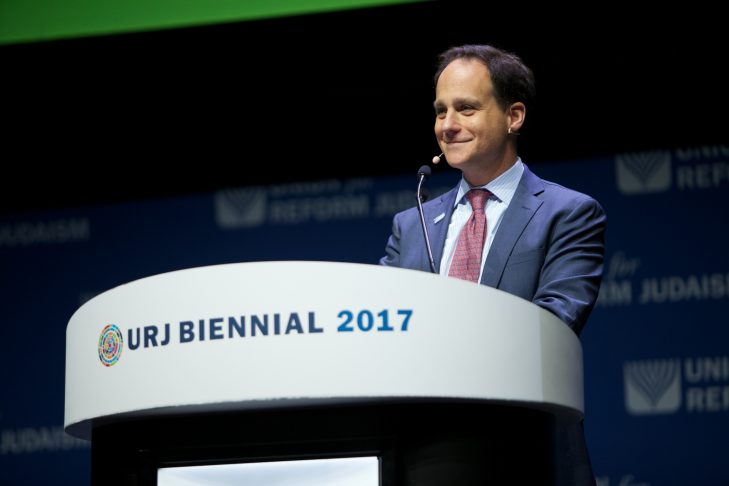 On Friday, June 5, B’nai Torah of Sudbury hosted over 300 members and clergy from Congregation Beth El of Sudbury, Congregation B’nai Shalom of Westborough, Temple Beth Am of Framingham and Temple Emanuel of Marlborough, as well as members of The Rashi School community, for a Shabbat service in support of Black Lives Matter and in response to recent police brutality.

B’nai Torah was honored to welcome guest speaker Rabbi Jonah Dov Pesner, director of the Religious Action Center of Reform Judaism (RAC) in Washington, D.C. Pesner and RAC educate lawmakers and lobby politicians on contemporary issues of concern on behalf of the Reform movement. As such, they speak truth to power in order to bring about a more just and equitable society for all human beings. Pesner has been named one of the most influential rabbis in America and is an inspirational leader, creative entrepreneur and tireless advocate for social justice. “You stand for the best of Reform Judaism. You are a transformative rabbi, a rabbi’s rabbi,” shared Rabbi Dr. Lisa Eiduson in her introduction.

Pesner made an impassioned plea to stand up for black lives: “George Floyd was murdered by an officer of the law whose duty was to protect him; he died crying out for his mother, begging to breathe. Ruach Elohim, the Divine Spirit, can be understood as the Breath of Life, a gift from the Creator of All Life. To deny a human being breath is idolatrous—and George Floyd’s murder comes after countless black and brown people have similarly been killed and countless others have suffered the brutal systems of racism in our country.”

He continued: “At RAC, over the last five years, we realized in the case of Ferguson that we need to reaffirm our commitment to racial justice. We need to hear voices of Jewish people of color. There are nearly a million Americans who describe themselves as non-white and Jewish.”

Pesner shared a video from the Union for Reform Judaism highlighting Jewish leaders of color. “Jews of color can’t do it alone,” declared Yolanda Savage-Narva, executive director of Operation Understanding DC, in the video. She asks viewers to think about what their roles are in white supremacy and how they can dismantle systematic racism. “Police brutality is common in our country and has been for centuries,” added Deitra Reiser. Reiser, who serves on the board of trustees of Temple Sinai in Washington, D.C., as co-chair of the Multiracial Sinai Committee, implored, “I am asking you—from this moment on—what will you risk to be anti-racist and pro-black?”

The powerful presentation ended with Pesner appealing to whites “to not be racist—be anti-racist and pro-black.” He urged the community to take immediate action:

Participants came away from the presentation with a renewed sense of urgency to act and get involved, even in small ways, to help make an impact. As Pesner concluded, “We all have the power to make our voices heard!”