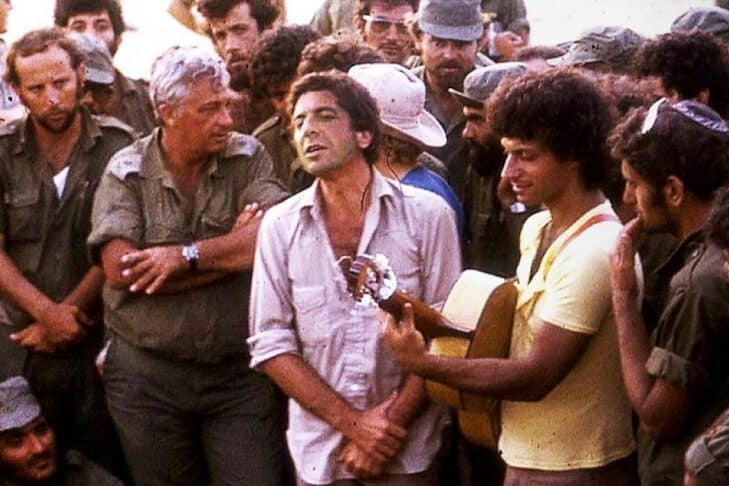 “I don’t have any thoughts about it. I just came as soon as I could.” If any sentence sums up Leonard Cohen‘s journey to Israel, then the front in Sinai during the Yom Kippur War, that’s the one. While we will never know his real motivation, in “Who By Fire: Leonard Cohen in the Sinai” by Matti Friedman, we are treated to an mesmerizing account of the most unlikely of concert tours, and a handful of clues.

Our parents knew and know Leonard Cohen. Most of us know him just from “Hallelujah” and its derivatives, but his associations with Andy Warhol, Judy Collins, Joan Baez, and others catapulted him from a struggling author and poet into a world-famous recording artist during the 1960s and afterwards.

Our parents and grandparents also know and knew that Israel is no sure thing. Born or raised in the aftermath of the Holocaust, they remember a world without her and understand what we have conveniently forgotten—that the survival of the Jewish people, and certainly the Jewish state, is not something to be taken for granted.

For that generation, 1967 was the ultimate manifestation of Jewish survival; the dream had been realized. The Yom Kippur War, however, tore that dream asunder. With Israel’s existence hanging in the balance, they flew to Israel armed with just a desire to help. To save. To farm. To volunteer. To contribute. To do something. To do anything to keep Israel. Through no fault of our own we have grown up differently. 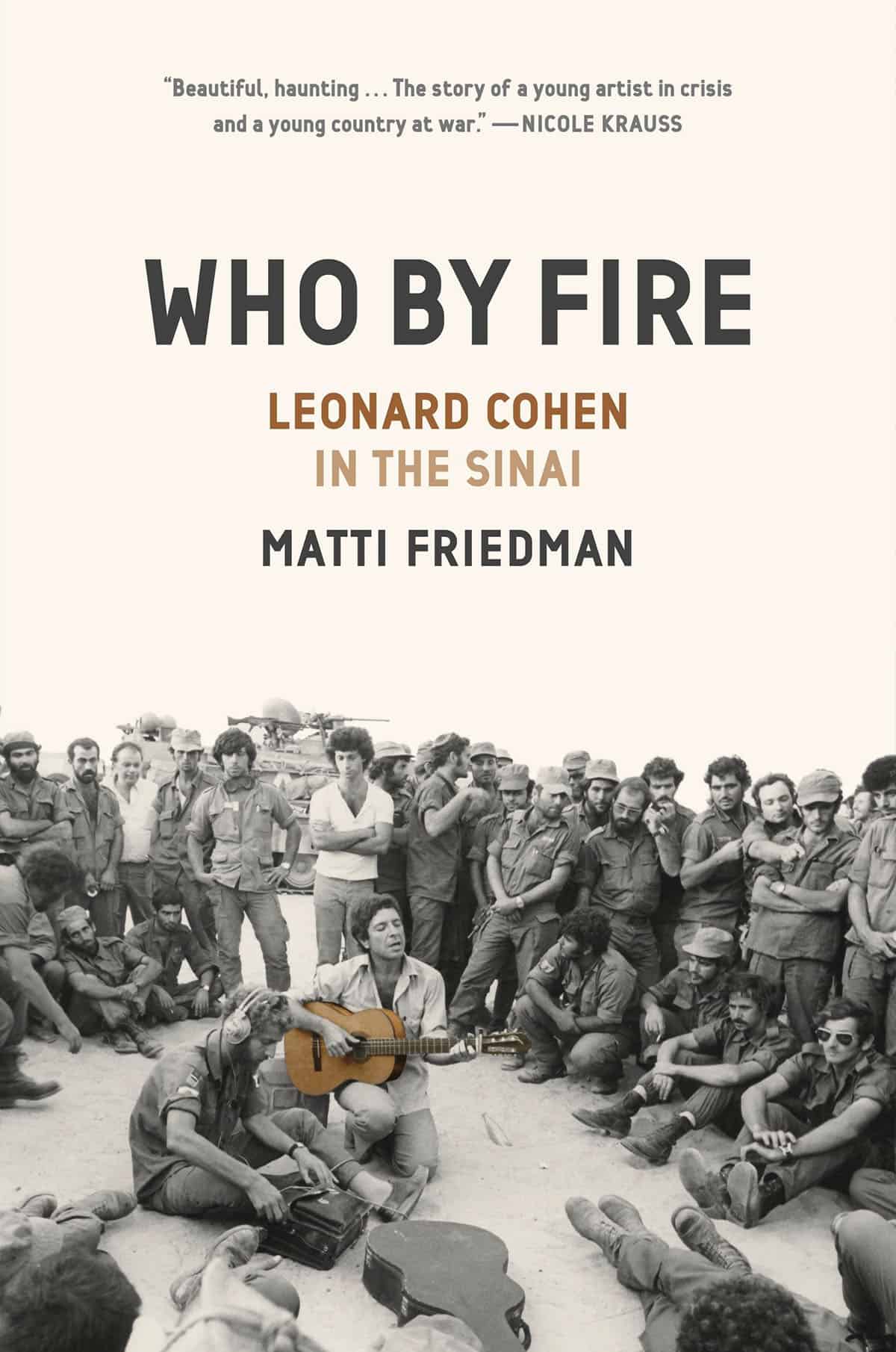 When the war broke out, Cohen, who had been living on the Greek island of Hydra, made his way to Tel Aviv, and then to desert encampments in Sinai and Egyptian Africa, performing a series of concerts that until now have existed mostly in legend and old photographs. Montreal-born and Orthodox-raised, but ’60s-reared and fueled by a healthy appetite for drugs and women, he was certainly not the first person Israeli soldiers expected to see performing at their forward positions in Sinai. Yaffa Yarkoni, maybe. Meir Ariel, for sure. Oshik Levi, perhaps. Leonard Cohen? Not a chance. But there he was, on the front, and like Elijah the Prophet, he would just appear.

Over and over again, we read about soldiers who came back from battle, or arrived on trucks, half-tracks, helicopters, or tanks, and the whispers of “Cohen is here” went from rumor to reality in the blink of an eye. Some would hear his performances and die the next day, others would survive and go on to live ordinary, or extraordinary lives. We encounter many of them along the way in this book.

“Who By Fire” takes us on an intimate journey through war stories, Cohen’s journal entries and an unpublished manuscript of his, as well as interviews with those who were there in the desert, to piece together an oral history of his time in Sinai. For the soldiers in attendance, there was real power pouring out from “this Jew hunched over a guitar, sitting and quietly playing for us. I asked who he was, and someone said some Jew from Canada or God knows where, a Jew who came to raise the spirit of the fighters.”

Leonard Cohen was like many of us. Jewish, yet questioning it. Human, but flawed. Moral, but obsessive. Why did he go to the war? Was it for him? Was it for his soul? Was it to overcome a maddening case of writer’s block? Later in life, he reflected, “I came to raise their spirits, and they raised mine,” but that feels insufficient.

Were those words too loaded for him? Did he understate his Zionism to broaden his appeal? Perhaps the most satisfying insight found in the book is when Cohen describes his reaction to disaster: “My own tradition, the Hebraic tradition, suggests that you sit next to the disaster and lament. The notion of lamentation seemed, to me, to be the best way to do it. You don’t avoid the situation, you throw yourself into it.” Throw himself into it, he did, for 33 days.

Cohen’s Judaism and his connection to Israel continued to the end of his life, a tad ironic for a man who once called for “a moratorium on all religious services until someone reports a vision or breaks his mind on the infinite.” With that being said, he’s also the one who blessed the concert-goers at his final performance in Israel in 2009 at the age of 75 with the Birkat Kohanim; perhaps time, or faith, got the better of him.

If nothing else, Cohen was not just a kohen but also, in his soul, a Yisra’el, a wrestler with God, his faith, and the balance between his many beliefs about the world, war, love, and morality. He grappled with that in Sinai, and after, and we were all better because of it.