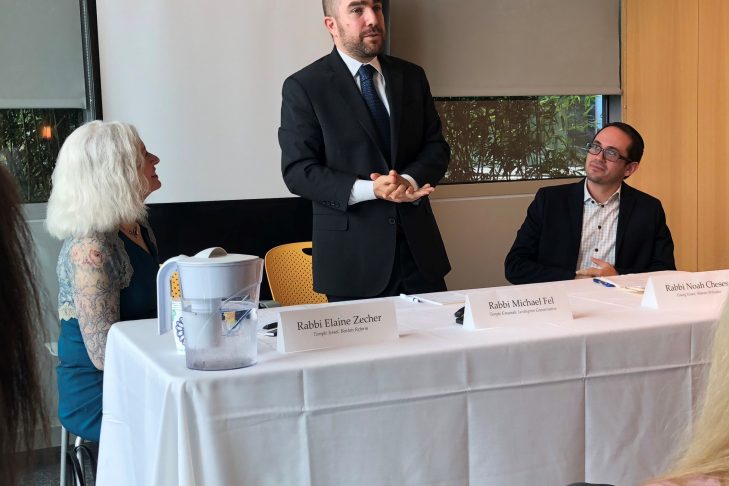 During the holiday of Sukkot, Boston became a target destination for a devoted group of 19 elementary Haifa principals, lead educators and Haifa municipality leaders. After a year of study in Israel, this delegation arrived in Boston to participate in Boston-Haifa’s “Jewish Education and Identity Mifgash” (a mifgash is a face-to-face encounter or meetup). All of the principals and educators are involved in CJP’s Boston-Haifa Connection’s school-to-school partnerships between their own elementary schools in Haifa to Boston-area supplementary or day schools.

The primary goal of the Mifgash is for partner educators from Boston and Haifa to meet one another multiple times during the week in workshops at Boston partner synagogues and schools, and to continue to deepen and develop their relationships, both for their respective sites and personally. One of the many workshops they experienced that week was a morning dedicated to learning about American Judaism and pluralism at Brandeis University. To start off, they were treated to a brief introduction to the history of American Jewry by worldwide leading scholar Dr. Jonathan Sarna, director of the Schusterman Center of Israel Studies at Brandeis University. In his presentation, Dr. Sarna shared the history of American Jewry and compared it to Jewish life in Israel, preparing the educators for the upcoming panel they were to experience later that morning, regarding the major movements in American Jewry.

The panel discussion consisted of three rabbis representing the three major denominations of Judaism in America: Reform, Conservative and Orthodox. Rabbi Elaine Zecher of Temple Israel of Boston represented the Reform movement, Rabbi Michael Fel of Temple Emunah Lexington represented the Conservative movement and Rabbi Noah Cheses of Young Israel of Sharon represented the Orthodox movement. American Jews are used to having Judaism in many different forms, but in Israel where, most of the country is either secular or Orthodox, the idea of Reform and Conservative is new to many. One of the educators from Israel explained the contrast in the two countries as “vastly different because in Israel [religion] is so framed…the freedom is different.” To further emphasize the distinction, a Boston committee member who has lived in Israel and America shared, “All [synagogue memberships] here are private, unlike in Israel, where it is subsidized to be part of a temple.” 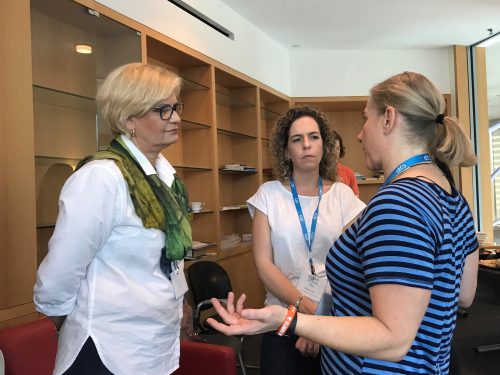 The panel conversation with the rabbis was used as a tool to show the Israeli educators the various ways of being Jewish in the United States. Rabbi Zecher explained how historically Judaism had to change as people immigrated to America, and now English is the dominant language in many Reform synagogues like Temple Israel, where the focus is on “spirituality, prayer, meditation and social action.” Rabbi Fel explained how people that identify as part of the Conservative movement choose to be very involved in a synagogue or, on the other end of the spectrum, just come during the holidays. He explained that this is one of the challenges of the Conservative movement; as an egalitarian synagogue that is mostly run by lay leaders, they need to find the balance in the fact that they have a congregation made up of people involved in all different capacities.

Rabbi Cheses surprised the Israeli crowd as he shared that in his modern Orthodox synagogue, women can have their own service and minyan. He also explained the hardships of sending children to day school and of keeping a kosher lifestyle, sharing how high the costs can be on a family. He emphasized that children in his congregation have an “egalitarian education,” and that a co-ed learning of the Torah is key.

All three rabbis made a point to emphasize how each of their congregations has a connection to the Torah. The text is important, whether you are reading it in English or in Hebrew. In the end, whether you are Reform, Conservative or Orthodox in this country, the important common thread is that you are connecting with Judaism in a way that works for you. As Rabbi Fel summed up, “Creating a Judaism that is thick and intense is different for everyone.”

Throughout the Sukkot week together our Boston-Haifa educators lived out these examples of American Jewish life. Each Haifa educator had a chance to experience Kabbalat Shabbat at their partner synagogues, Shabbat morning services at Temple Emanuel and Simchat Torah celebrations at Congregation Beth El of Sudbury Valley, in addition to visiting area day schools and supplementary schools. Each was amazed at how much joy and pride they witnessed all around them. And each is returning back to Haifa knowing they have changed a bit—determined to find a way to share with their Haifa students a stronger commitment to Jewish peoplehood. 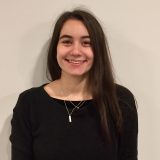