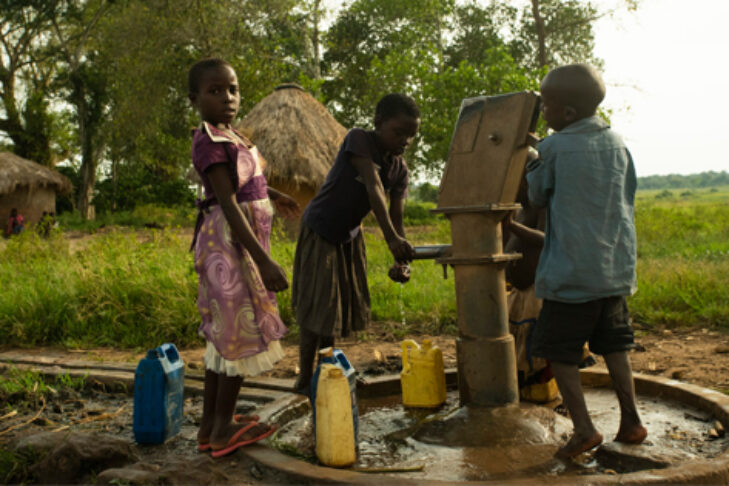 There are 663 million people who live without access to safe water. According to the World Health Organization, contaminated water is the cause of approximately half-a-million deaths a year. By the year 2050, polar bears may become extinct, and Israel’s first zoo was established on land that is now Tel Aviv’s town center. These facts animate the three films that focus on the environment, climate change and animal welfare in this year’s Boston Jewish Film Festival.

Kicking off these films is “Sustainable Nation,” a documentary that amply demonstrates how Israel is leading the way in finding solutions for providing safe water for villages in Africa, communities along the Ganges River in India and water scarcity in California’s Central Valley. “There Are No Lions in Tel Aviv” is the story of the first zoo founded in pre-state Israel by a Danish rabbi known as “Rabbi Doolittle.” Wildlife photographer Amos Nachoum is the focus of the intense and beautiful film “Picture of His Life.” Nearing the end of his career, Nachoum seeks to swim face-to-face with the elusive polar bear in Canada’s High Arctic.

Israel has had its well-known struggles with water scarcity. In seeking solutions, the start-up nation has also earned the title of “sustainable nation.” In the past two decades, Israel has become the leading international exporter of water treatment technology. “Sustainable Nation” details the ongoing developments of Israel’s environmental innovation by showcasing three Israelis who are at the center of innovative technologies addressing issues of clean, accessible water and water scarcity.

Sivan Ya’air is the founder of Innovation Africa. The Israeli mother of three is behind the solar-based water-pumping solution that enables small villages in Africa to find water resources. It also grants independence to local women who walk over three miles a day to gather water in large jugs for their families. As Ya’air points out in the film, the new technology also empowers these women to have direct control of how the water is allocated. To date, Innovation Africa has helped 200 villages in eight countries across Africa to have access to clean water.

Eli Cohen, the founder of Ayala Water and Ecology, is working on decontaminating major water sources in India. Crumbling infrastructure in the country causes sewage to pollute rivers and aquifers. Millions of people are at risk of dying from the tainted water. Cohen’s largest project is aimed at addressing the intense pollution in the Ganges River, the main water supply for over 500 million people living along its banks.

Omer Guy is the chief agronomist at Phytec, a high-tech company that enables farmers to conserve water for their crops. The film shows how Guy’s algorithm-based technology is helping a farmer in California’s Central Valley to deal with water scarcity. After adopting Phytech’s technology, the American farmer increased his yield and saved the trees along the border of his farm.

“Picture of His Life” 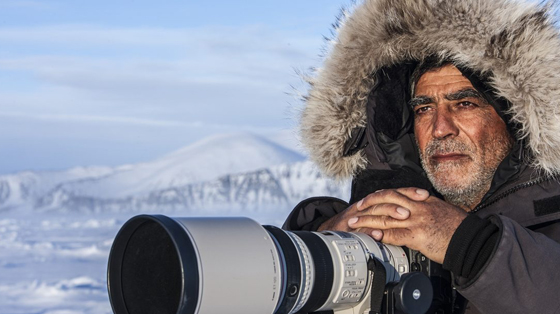 Amos Nachoum in “Picture of His Life” (Promotional still)

Wildlife and underwater photographer Amos Nachoum has swum with every kind of dangerous creature, including killer whales and great white sharks. But one predator had eluded him: the polar bear. To capture the creature face-to-face on film, Nachoum and his team traveled to Canada’s High Arctic to take the “picture of his life.”

Nachoum’s determination to become the first still photographer in the world to swim with a polar bear is fueled by several factual and personal situations. The largest animal predator in which humans are explicitly part of its food chain, the fact that the polar bear may be extinct by 2050 fuels Nachoum’s quest.

The photographer is also haunted by his difficult childhood with an abusive father and memories of serving in the IDF during one of the most harrowing battles of the Yom Kippur War. Born in 1950 to a poor family who immigrated to Israel from Libya, Nachoum’s love of adventure and big animals was a balm for him. At one point in the film, his 90-year-old father, who is still castigating his only son, criticizes him for not marrying and giving him grandchildren.

By the end of the film, Nachoum is at peace. He visits his father’s grave to place a picture of a polar bear swimming with her cubs. It’s the picture of Amos Nachoum’s lifetime.

“There Are No Lions in Tel Aviv” 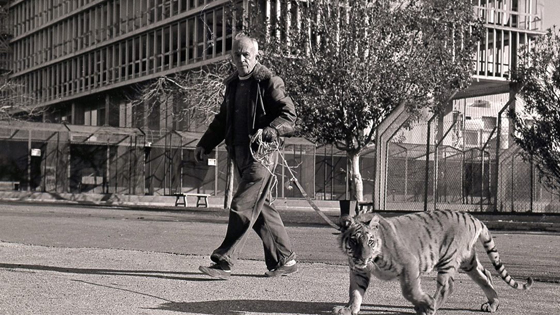 “There Are No Lions in Tel Aviv” is the charming and sometimes difficult story of the first zoo established in 1935 in the burgeoning city of Tel Aviv. At the center of the project was Mordechai Shorenstein, a rabbi from Denmark who immigrated to Israel with two cages full of birds and an obsession to show the children of Tel Aviv a variety of animals. Shorenstein eventually became known as “Rabbi Doolittle.”

Shorenstein first housed his animals—a collection of birds and small monkeys—in a pet store on Sheinkin Street in Tel Aviv. When he outgrew the space, he moved to a home close to the beach on HaYarkon Street. Archival footage shows his growing menagerie, which included leopards and lions grazing in the large yard. There are also images of Shorenstein walking a pair of lions in the streets of Tel Aviv on leashes.

Shorenstein and his animals soon outgrew the house on HaYarkon Street. He established the Tel Aviv Zoo in 1938 on a fallow orchard that Tel Aviv’s City Hall allocated to him. At the time, the new location was far from Tel Aviv’s center but would eventually be displaced by a new city hall. By the 1960s, Tel Aviv had grown exponentially, and the zoo was now in the middle of an upscale residential neighborhood. Complaints about noise and stench were prevalent. But it wasn’t until 1980 that the zoo moved to its permanent home, Ramat Gan Safari. In a Noah’s ark-like procession, the animals were transferred one-by-one to their new location. Only the elephants, Motek and Varda, have survived from Shorenstein’s first zoo; they are still alive today.