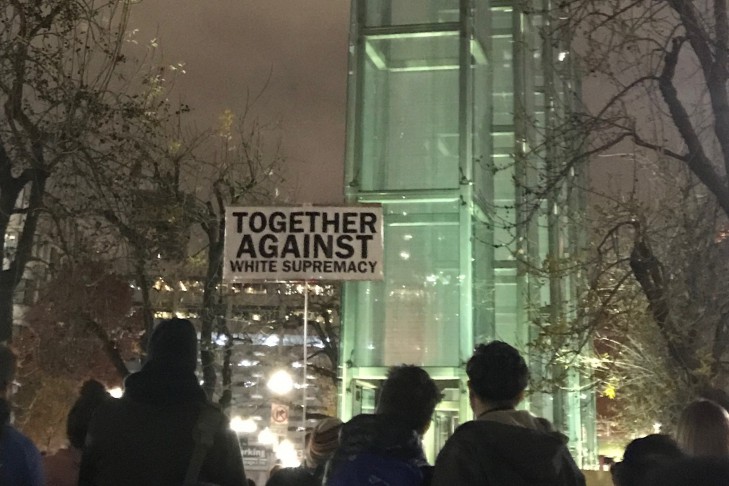 A version of this piece was delivered as a D’var Tikkun at the Kavod House Shabbat this past Friday night. Thank you to everyone who organized and came to that event.

I sat across from my dear friend Natalie Wednesday night and I told her what I hadn’t said out loud to anyone yet—the hardest thing I’d been feeling all week since the massacre at Pittsburgh’s Tree of Life synagogue.

“There’s a thing about trauma,” Natalie gently explained. “You were overpowered, but you still need to think that you have power, so your psyche takes on all the responsibility for what happened, way too much responsibility, way more than is actually your responsibility.”

This heavy guilt and responsibility I was feeling was familiar. I’d felt this before.

This is what I felt when I was sitting in a meeting for my job five days later, explaining to my coworkers that I had barely done my job all summer because anti-fascist organizers in Charlottesville knew what the Nazis were planning. We knew they were coming, and we knew they wanted to kill people. So we tried—tried—to stop them. And then they came, and they did kill someone.

And no, it is not my fault that they killed Heather Heyer, or the 11 people in the Tree of Life synagogue. It is first and foremost the fault of every fascist ever, including 45 and the other fascists in this federal administration.

It’s not my fault, but I do have power. In Charlottesville, counter-protestors changed the course of history; Antifa among them saved lives. We are facing incredible forces of fascism and we have incredible forces too, forces that we need to mobilize.

And this is the moment I was afraid of when I offered to do this d’var. I was afraid of showing you my hurt, my anger. I was afraid of coming into Jewish community to ask you to join me in fighting fascism and have you feel like I’m yelling at you, because of the depth of my hurt and my anger. How betrayed I felt running down the sidewalk being chased by a well-known Nazi worried that the Jews of the North were losing track of me when I needed them most. And I called and I tried and I called. And I think at some point I stopped trying so much, with Jewish organizers at least, because I had to triage my energy into what was getting me better results.

I felt betrayed and abandoned. So when I saw that a white supremacist had attacked Jews at the Tree of Life synagogue in Pittsburgh, I pledged that I would not abandon you.

Because it’s not my fault, and, AND, I do have power. And I want to use it. With you. I want to build power with you.

I believe in you.

Oh yes, Jews of Boston—I believe in you. I am from you and I am of you and I am with you. So, I’m going to tell you a bit about what I want to do. Some of this you may absolutely be doing already, and I just got back from Charlottesville a few months ago so I make no claims to knowing what you are doing and not doing, but let me just say there is a lot we can do— concrete actions to stop fascism and defend our communities.

Each of these five points needs to be discussed further. Please follow up with me, especially to connect with groups doing this work. 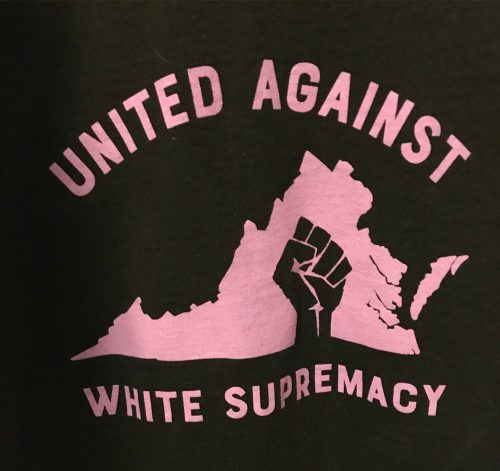 1. Call it fascism and white supremacy. Understand it as such.

4. Fight fascism. This is the shortest section but the most important. I’m talking about direct action and direct confrontation. Shut s*** down, like Mateo Emanuel Alejandro Cox did Monday and IfNotNow did this Friday morning. No platform for white supremacy, and not just the visible GOP. Know your local Nazis, know who they are and what they’re doing and stop them. Love your local Antifa, respect them and learn from them. In fact, there is a call to action for Nov. 8-11 on outlivethem.wordpress.com, so let’s do that.

5. Make space in your life for this work. Redistribute resources—money as well as our personal time and energy. Here is the other place where I’m worried about coming off as too pushy or too demanding. I know life is hard. I don’t know what keeps you up at night, who relies on you, how much you are doing already for our collective liberation. I do know that we need to find ways, together, to do more, especially those of us who are white, because anti-Semitism does not take away our whiteness. These past two years have changed me at my core and still I know there is more change I need to do. Let us grieve the lives we thought we were living and commit to finding life within the fight against fascism. This is where we are.