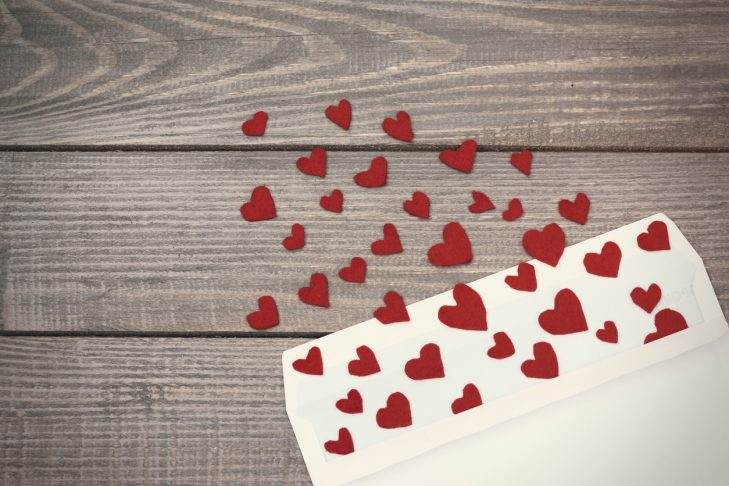 Before there was JDate and JSwipe, there was Tu B’Av, the 15th day of the Hebrew month of Av, Judaism’s own version of Valentine’s Day. As with many Jewish traditions, its roots are ancient, but it is perfectly adaptable to modern times. Who doesn’t want to meet that special someone? As a Jewish mother, I can’t help myself in hoping to spread the word. This year the holiday begins at sundown on July 26.

The Hebrew calendar is based on the lunar cycle, and Tu B’Av begins on the night of a full moon. Many ancient cultures believed that a full moon gives off positive vibes for romance, love and fertility.

The first mention of the holiday is found in the Mishnah, a collection of rabbinic traditions from the third century CE, which supplements and clarifies the commandments of the Torah. “On these days the daughters of Jerusalem go out dressed in white and dance in the vineyards.” The Mishnah quotes Rabbi Shimon ben Gamliel, who said, “Young man, consider whom you choose (to be your wife).” Elsewhere in the Mishna, Tu B’Av is described as a holiday that is as important as Yom Kippur.

Tu B’Av was a sort of matchmaking day for unmarried women (this was centuries before gender equality) during the Second Temple period, which lasted from 530 BCE until the fall of Jerusalem in 70 CE. Josefin Dolsten, writing in The Forward, called the holiday “the Second Temple period version of a singles mixer.”

While Tu B’Av went under the radar for a few centuries or so, the modern state of Israel has done its best to rejuvenate the holiday in recent decades. In ancient days brides-to-be danced in the vineyards of Shilo in Samaria; in modern times some have returned to celebrate the day in Shilo, dancing in modern vineyards. Like Valentine’s Day, Tu B’Av is celebrated in Israel with flowers, cards, romantic dinners, parties and festivals of singing and dancing. Women and men are keeping the tradition of wearing white at many of these celebrations. The holiday is also considered to be a good date for a wedding. The day is celebrated by religious as well as secular Israelis.

Jewish communities outside of Israel have begun to bring the holiday into the modern era. For those in the Boston area, the Chai Center of Brookline is sponsoring a Tu B’Av White Party at the Revere Hotel on Aug. 2. Attendees are encouraged to wear white as they enjoy drinks and a buffet dinner.

If you’re going to be in New York City, you can celebrate on July 26 at a Tu B’Av White Party being billed as the biggest Jewish outdoor summer party on the planet. The event, sponsored by the website bangitout.com, will feature kosher food, a DJ, dancing, a photo booth and cash bar, as well as free drink tickets with admission.

If you know someone in the San Francisco area, the JCC of San Francisco will celebrate on July 27 from 11:30 a.m. to 2 p.m. with a free event including live music, chocolate, sparkling water and poet Silvi Alcivar, who writes poetry “on demand.”

In case you’re planning a trip to Israel, comedian David Kilimnick will present a Tu B’Av comedy special, “Find Me a Wife,” at the King Solomon Hotel in Jerusalem on July 26.

No doubt there are other celebrations in the U.S. and Israel. Spread the word! Love is in the air! Please help this Jewish mother play virtual matchmaker!