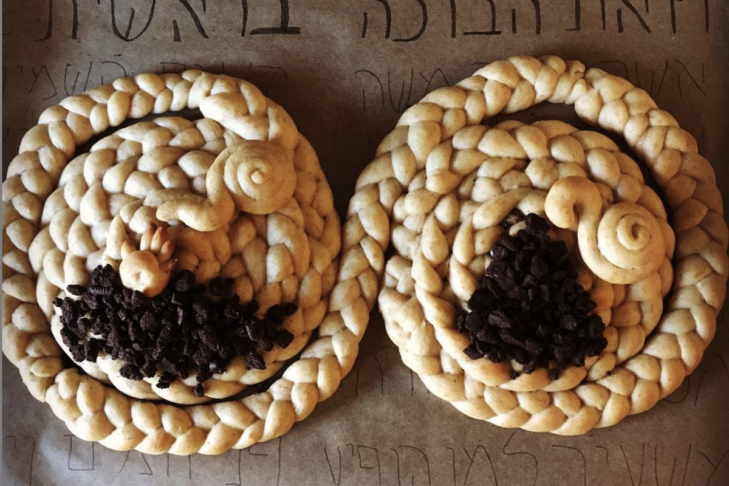 Challah lovers knead to follow Vanessa Harper on Instagram: the rabbinical student makes creations and connects them to Judaic themes, earning her a loyal fan base (and a book deal for next year). The Queens resident will move to Massachusetts in the coming weeks to begin a job with Temple Beth Elohim in Wellesley and Gann Academy in Waltham as a rabbi educator.

Take me back to the beginning. How did this get started for you? When did you start making challah, and how did you get where you are today?

I’m now in my final days of rabbinical school, and this story goes back to my second year. It happened to be the week of Parashat Noach, and my class was gathering for a Shabbaton. At that point, I had been making challah occasionally for about a year, as I was tentatively expanding my love of baking into the world of bread. 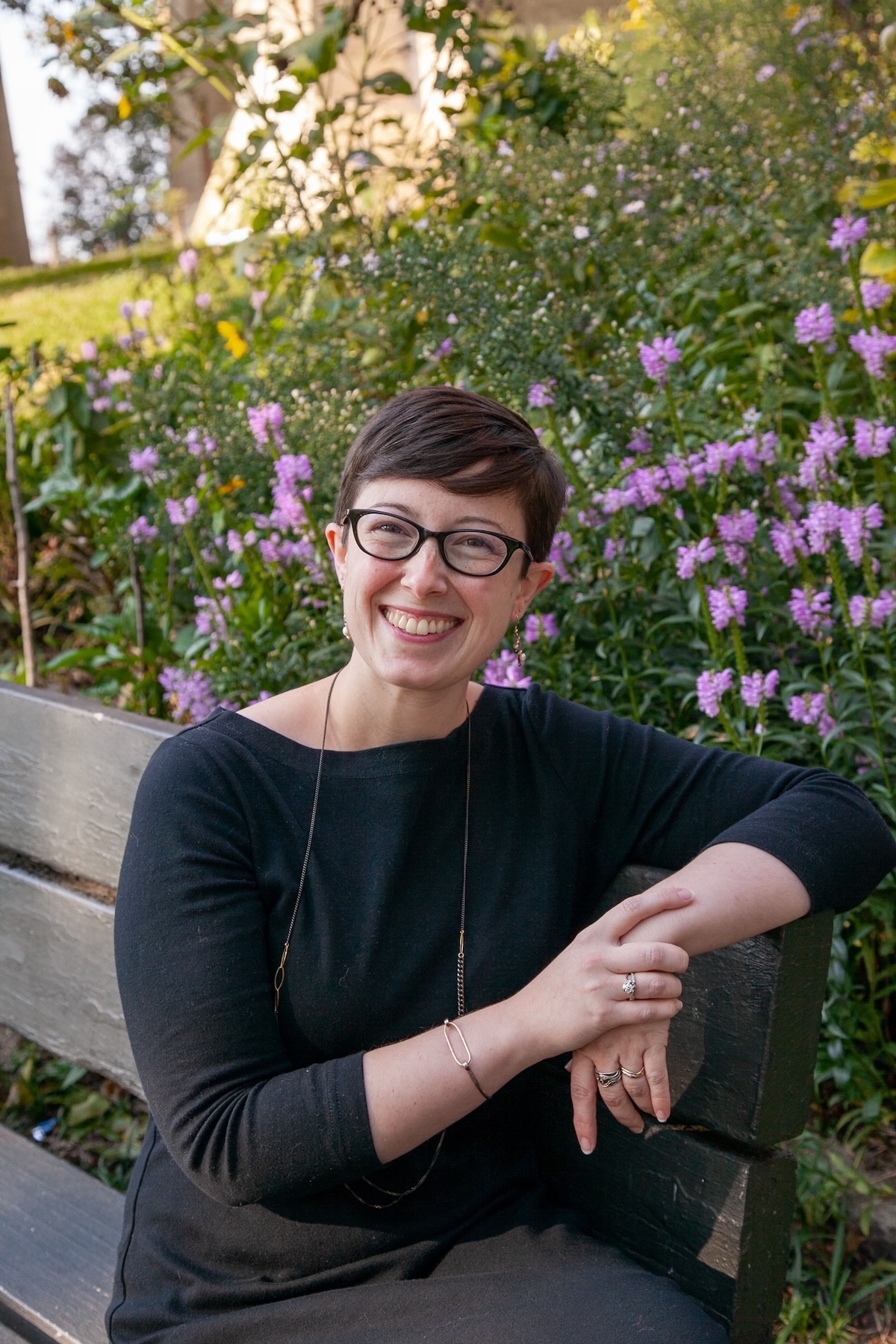 Meanwhile, I’d been seeing rainbow challot popping up on the internet and wanted to try making one. Since they take a decent amount of effort, I figured I would do it for this special event. So I made and brought this marbled rainbow challah, which folks were pretty excited about. Then, one of my teachers asked, “Vanessa, do you match your challah to the Torah portion every week?” In the second before I answered, I thought, “What is the hardest Torah portion I can possibly think of representing in challah? Tazria-Metzorah. Oh, I could use some slivered almonds on the top; that seems feasible.” And I opened my mouth and I said, “I do now!” Which was, in retrospect, a bit nuts. I spent the next year actually having to follow through with it.

Every week I had to come up with and execute a new design, and, eventually, add a commentary as well. I had a process: I would start on Sunday looking through the week’s Torah reading, and I’d be looking for an image that really stood out, or one big idea that popped out from the page. And then I’d try to translate that into a shape that would work in bread. Bread is an interesting material for doing interpretive and artistic work. It’s not like clay, which will do almost whatever you ask of it. The bread dough has some opinions about how it’s shaped; it’s a living material, which is part of what makes it so fun to work with. The yeast is alive and reacts to its environment. You have to work with your bread. There is some level of limitation from the material, though that can help to breed creativity as well. Over the course of the whole year, I made it through the entire Torah, with a new interpretive design every single week. It was kind of a miracle.

This project initially began as a way to enhance my own Torah study, but I started posting the challot on Instagram in the third week—Parashat Lech Lecha, hence the handle @lechlechallah. To my surprise, the project started accumulating a following; people were really excited about it, and over time, I’ve heard many people tell me that these challot and the accessible commentaries helped them access Jewish learning in a different way, or even for the first time. The next year, I continued with creating interpretive designs for the Jewish calendar, covering the major holidays and the themes of every month. Around the end of that year, I got a book contract for this project, which I have been working on while also teaching interpretive challah workshops all over the country. 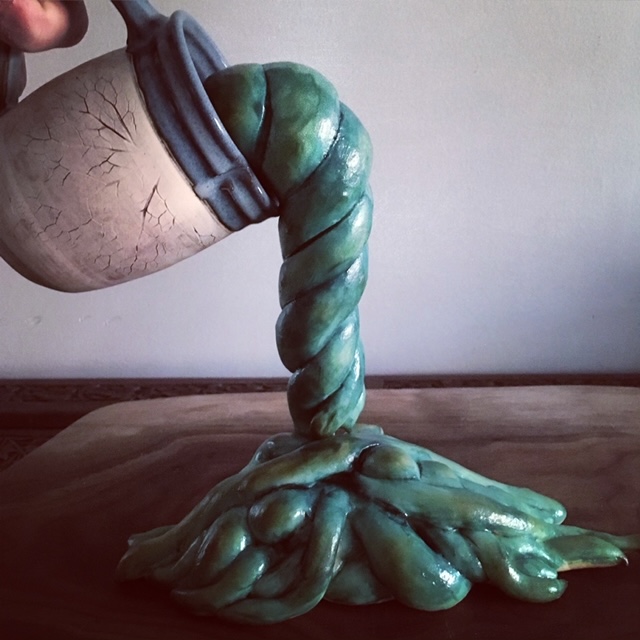 What is your artistic process? Your photos are beautiful!

It’s just me and my little old iPhone and the one spot in my tiny New York apartment that gets decent light two times a day; I just have to coordinate my baking with the good lighting!

Is there a therapeutic nature to baking? What are its healing powers?

Absolutely! For me, it’s a way to help me think creatively. There’s plenty of science supporting the idea that we think differently when we use our hands; when we can get out of our heads and into our hands, it can help with different kinds of problem-solving and give us another perspective on what we’re trying to process in our lives. Being able to use your hands to do something creative can have all kinds of benefits. If you’re a person like me who has 8,000 things going on in my head, to be able to have something tactile to focus on instead—a start-to-finish process where you end up with something beautiful and, in this case, both physically and spiritually nourishing—is very therapeutic. Kneading dough by hand is also a great way to get some feelings out—it takes energy! 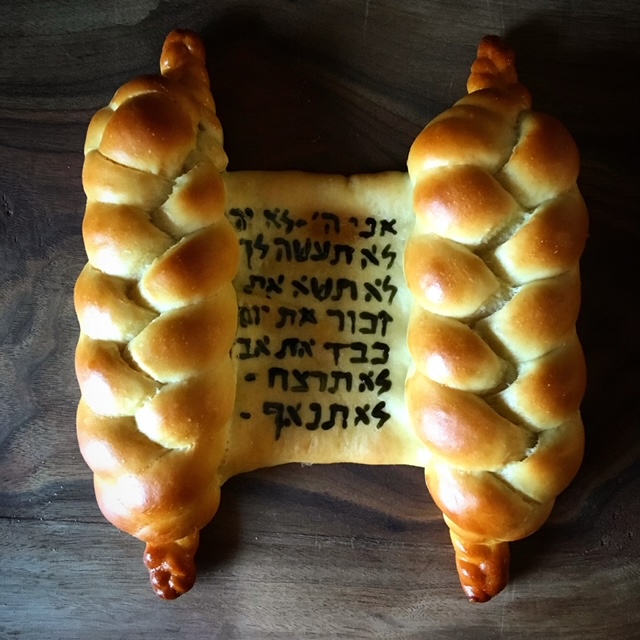 What’s important about Judaism that could be brought to bear about the moment we’re in, bread aside?

I believe that each of us has our own piece of Torah, in the broadest sense of the word, our own piece of revelation that is uniquely ours that we get to share with the world, and some of the ways we’re able to bring that Torah to light is through the process of learning, of building relationships and being able to share our difficult moments and our wonderful moments and all the moments in between with one another. This year, it’s been so much harder to be in those relationships, and I think it’s really revealed the value and the insight and the strength that we gain from being in community with each other. At the same time, having more time with ourselves has hopefully also offered us the opportunity to connect with our own wisdom, as well as the power of the introspective work that is inherent in so many elements of Jewish practice.

A lot of people might look at your photos and say, “I wish I could do that.” Tips for hesitant home chefs?

It takes some practice, but mostly it just takes the willingness to try. Maybe this time it doesn’t come out, and that’s OK. You’ll try again. It’s about working with your materials. Don’t try to force the bread to do something it doesn’t want to do. You’ll feel it in your hands when it’s doing something it’s happy with. Don’t be afraid to try things out, and if it doesn’t turn out looking as beautiful as you wanted it to, that’s fine! It will taste delicious, and you can always blame it on the yeast.