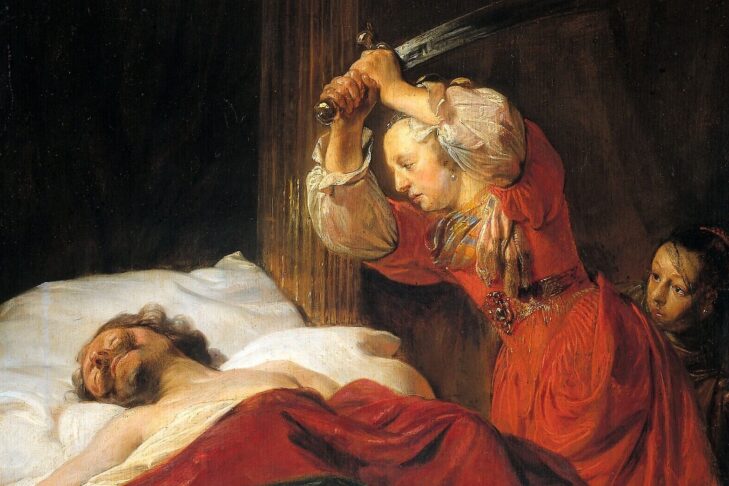 When we light Chanukah candles around the winter solstice, we shunt back the darkness, defy the long nights, and, placing the menorah on the boundary of our homes, proclaim the Chanukah miracle (pirsumei nisa). Yet the debate as to what that miracle may have been still rages. Most Jews are familiar with the rabbinic account of the little cruse of pure oil found in the Holy of Holies of the Temple, which should have lasted a day but miraculously persisted for eight. Some are even familiar with the historical account of the Maccabean Revolt (167-164 BCE) against the tyrannical decrees of Seleucid Greek rule under Antiochus Epiphanes IV, led by Mattathias and his five sons (as recounted in the Book of Maccabees). But very few know the stories of Hannah, the daughter of Mattathias, and Judith from the Apocrypha. These Chanukah heroines of yore highlight the fraught relationship between political power and the source of miracle: God’s guiding hand in history.

While the story of Yehudit does not appear in the midrashic corpus until much later (see this article by Deborah Levine Gera), it is found in “The Book of Judith” of the Apocrypha. The story opens with a siege upon the town of Bethuliah (literally, “virgin of God” [betul-i-yah]), which is strategically placed at a narrow pass into the Judean hills. Holofernes, the Assyrian general, had cut off access to the water sources in an attempt to force the town to surrender so that he could then proceed to conquer Jerusalem. The residents, seized with panic, turned to their leaders, urging capitulation, but Uzziah, the town magistrate, begged them to hold out for another five days. In the meantime, the beautiful, wealthy, and highly-respected widow Judith concocted a plan.

After fasting and prayers, she beautified herself and went into the Assyrian camp with her faithful maid to “woo” the heart of Holofernes. Over the course of four days, under the pretext that she would act as an intercessor on the part of the Assyrians to God against the Jewish people, she visited their camp by day and left just before nightfall. On the last night, Holofernes planned a great banquet, hoping to satisfy his lust, and she dressed up in all her finery especially for the occasion. She urged her handmaiden and all the military officers to leave them alone, and, when the general had fallen into a drunken stupor, she took his sword and lopped off his head. Off she and her maid went, through the army camp, just as they had on all the previous evenings, but this time Judith had the general’s head tucked in her food basket. When the Assyrian army discovered their decapitated leader, they fled in terror. This beautiful widow thus saved Jerusalem from being ravaged, her sanctuary from begin defiled: “For the Lord Almighty had foiled them by the hand of a woman” (Judith 16:5).

The story of Hannah (or Channah), daughter of Mattityahu (as recorded in Midrash Le-Hanukkah, in Beit haMidrash, ed. Jellinek), describes a series of decrees issued by the Greeks that differ radically from those Antiochus imposed on Judea in the second century BCE. First, they issued a proclamation that Jews could not place a bolt or lock on their doors. To evade the edict, the Jews took the doors off their posts and surrendered their sense of honor (kavod). Then the Greeks decreed that any man who allowed his wife to go to the mikvah would be pierced by the sword, and so they ceased having marital relations. Then the Greek magistrates imposed “the right of the first night” (otherwise known as ius primae noctis, or droit de seigneur): Every Jewish bride on her wedding night would first be forced to have relations with the local Greek governor. Many refrained from marriage altogether.

The decree continued for over three years, until Hannah, daughter of Mattityahu, was engaged to marry Elazar the Hasmonean. On the night of her wedding feast, when they all sat down to eat, Hannah stood up from her bridal chair, clapped her hands, and tore her purple robe, exposing herself to all the guests. When her brothers saw her, they bent their heads in shame and stood up to kill her, but she cried out:

Listen my brothers and my uncles, now that I have stood before you righteous ones, naked with no sin upon me, you are seized with zeal against me, yet you were not so zealous on my behalf in sending me to that uncircumcised one [so he could] abuse me. Should you not learn from Shimon and Levi the brothers of Dina who were only two, yet were zealous for their sister and slaughtered the residents of Shechem and risked their lives for the integrity of God, and God came to their assistance and did not destroy them. Yet you are five brothers—Yehuda, Yochanan, Yonatan, Shimon, Elazar—and over two hundred young priests! Place your trust in God and God will assist you!

Hannah confronts their hypocrisy—the shame culture that would call for an honor killing of their sister but turn a blind eye to her rape. Galvanized by her words, the Maccabean brothers and their priestly allies rise up to fight. Like Shimon and Levi (in Genesis 34), they plot in guile to willingly give Hannah over but only to the one worthy of the daughter of a High Priest—the king himself. Into the palace she was sent, a female Trojan horse, along with her zealous brothers as “guests.”

And God [indeed] wrought a great salvation for them, and they heard a divine voice [bat qol] come out of the Holy of Holies, saying: “All Israel, the young priests have been victorious against Antiochus.”

The victory is declared from within the inner sanctum by a bat qol—literally, daughter voice—affirming the public military victory without. And the Holy of Holies remains intact, wholly private, exclusively accessible to the High Priest on Yom Kippur, only because Hannah was willing to expose herself, to challenge her brothers’ hypocrisy, and galvanize them to action. The integrity of the Temple is mirrored in the integrity of the daughter.

Both in the story of Judith and the story of Hannah, we see God manifest “not by might, nor by power, but by the Spirit” (Zechariah 4:6), through the unconventional weaponry of women—feminine wile and audacity. These heroines cry out from the private interstices of their being when women’s bodies and the collective inner sanctum are most vulnerable. And the heavenly voice (bat qol), from the Holy of Holies, resonates with their cry and their courage. The miracle of Chanukah begins from the inside—a little flask of oil, a woman’s sense of honor. So the lighting of the menorah is on the border between the home and the public sphere from where the news of the miracle radiates outward. 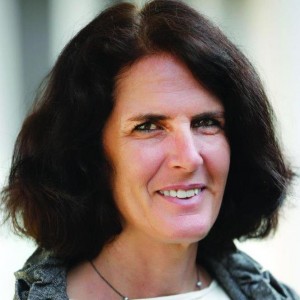 Rachel Adelman is assistant professor of Hebrew Bible in the rabbinical program at Hebrew College. She received her Ph.D. from The Hebrew University of Jerusalem. Read Adelman’s full article on Hannah, daughter of Mattityahu, here.