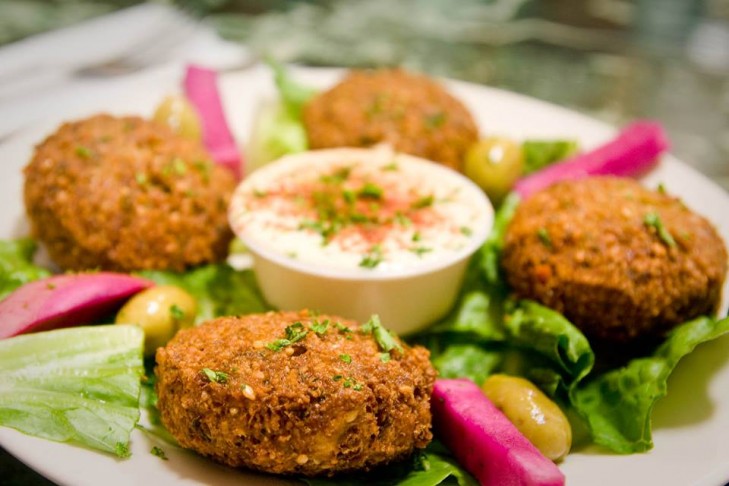 Avi Shemtov, executive chef at The Chubby Chickpea, will be teaching how to cook Israeli street food on Tuesday, May 3, at 6:30 p.m. Find more information about this Jewish Arts Collaborative event here.

What led to your love of cooking?

My father is responsible for my love of cooking, and specifically for my ties to Israeli food. I was born in Boston and grew up in Sharon, but my dad is from Israel and my mom is American. My dad is the only one from his family who is here. His family is mostly in Jerusalem and Tel Aviv. When he got out of the army, he moved to the United States on a whim with a friend. He ended up working in a kitchen and went on to become a chef. He then owned a few Middle-Eastern restaurants, and I grew up in his kitchen. 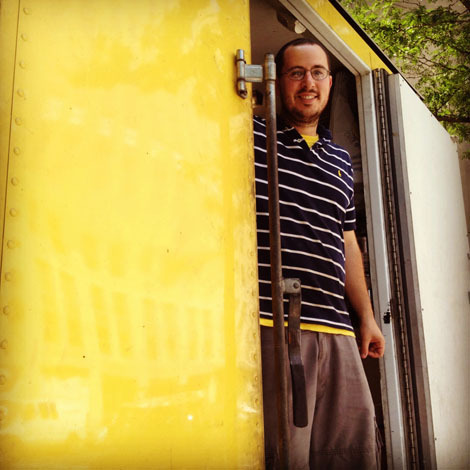 My father’s family was originally from Turkey, so a lot of the food I’m into is heavily influenced by Turkey. Also, the recipes I create professionally include ingredients like lamb, as well as falafel and hummus, which the Lebanese invented. A lot of the food I enjoy cooking is what I consider Israeli soul food. I also call it Israeli street food because it’s the kind of food you find walking every two or three blocks in Jerusalem or late at night in Tel Aviv.

What can I order from The Chubby Chickpea?

The Chubby Chickpea is built around my Israeli experience. I like to say that The Chubby Chickpea is the result of what would have happened if Israeli food got on a plane in 1972, flew to America, had children and grew up. That’s what The Chubby Chickpea is—Israeli-inspired cuisine with a modern take, and also with classics like falafel. I’m always proud when so many Israelis tell me that this is the truest falafel they’ve ever had. But that also makes me laugh, because you would be fooling yourself if you think there’s just one way to make falafel. There are about 700 ways to make Israeli food, and [consequently] Israelis are making it in multiple ways. The core of The Chubby Chickpea menu is falafel, schwarma and fried eggplant. And then we do some non-Israeli things, more modern things like chickpea fries and Turkish-style grape leaves, which are vegetarian.

Which Israeli street foods are most popular?

Falafel is the heavy-hitter in Israeli street food, but these days it’s being overtaken by other foods in Israel. For example, there’s hamin, the Sephardic version of cholent. I describe hamin as imagining the personality difference between the stereotypical Ashkenazi Jew and the stereotypical Sephardic Jew. That’s the difference between hamin and cholent. Hamin is a little more soulful, with a deeper tomato flavor. And sabich is a street-food take on hamin. It takes the potatoes and eggs out of it and repurposes it into a sandwich with grilled eggplant and shug, which my dad calls “Israeli ketchup.” Sabich is just as popular as falafel in Israel. In addition to sabich, there’s also schwarma, schnitzel and falafel. Those are the four big staples of Israeli street food.

You have a cookbook, “The Single Guy Cookbook: How to Cook Comfort Food Favorites Faster, Easier and Cheaper Than Going Out.” What inspired you to write it?

The cookbook came out a couple of years ago after a friend, who is a restaurateur, expressed interest in a cookbook concept. I had an idea to teach single friends of mine to cook at home. The cookbook was a passion project and a little bit more focused on who I am outside of The Chubby Chickpea. The book is essentially for a guy living on his own who wants to occasionally cook impressive dishes or at other times cook easy food. The recipes are also for the health-conscious. These are recipes for women too! It’s called “The Single Guy Cookbook” mainly because it was easier to market it to single guys as a male author. But the reality is the book is intended for anybody figuring out how to cook for one, or how to make delicious meals that are really easy.

How have you adapted your cooking to your family’s tastes?

My kids have adapted to my cooking, rather than the other way around. I’m fortunate to have two kids who are adventurous eaters, even though they’re very young. I don’t have to make too many changes. My son’s favorite thing to eat is shakshuka.

It’s obvious that you love cooking for people, as well as teaching them new recipes. What can folks expect during this week’s lesson?