Growing up in Connecticut, Cheyenne Paris was always conscious of how she was different. Not only was her mother Black and her father white, but the family practiced Buddhism in a community where most people were Christian.

According to Paris, being aware of these differences made her empathetic to the plight of people facing discrimination. Her background is what initially inspired Paris to join CJP’s Break the Hate efforts on campus, an ongoing campaign for students to combat all forms of bigotry.

At Brandeis University, Paris is a graduate student in conflict resolution and co-existence, as well as Near Eastern and Judaic studies. When she became involved in Break the Hate efforts in 2018, Paris helped solidify the Holocaust memory service-learning project Together, Restoring Their Names (TRTN).

In addition to leading service-learning missions in Europe for Boston-based students of color and Jewish students, Paris created educational videos about the Holocaust with Elan Kawesch, the graduate student director of TRTN. She has also been published several times in connection to her on-the-ground reflections at Auschwitz and Bergen-Belsen.

“I have been a student of the Holocaust since I was 8,” said Paris.  “Through this program, I was able to bring students to Europe two times in one year for the purpose of educating the world about what took place. We made videos, wrote articles and hosted presentations after these missions,” she said.

Currently, Paris is leading efforts to deliver kosher Shabbat meals to local Holocaust survivors with JewBer and Jewish Family & Children’s Service. Although the so-called “TRTN Fellows” can no longer visit with Holocaust survivors living in Boston or greet them at Cafe Europa reunion gatherings, the students are finding other ways to connect. 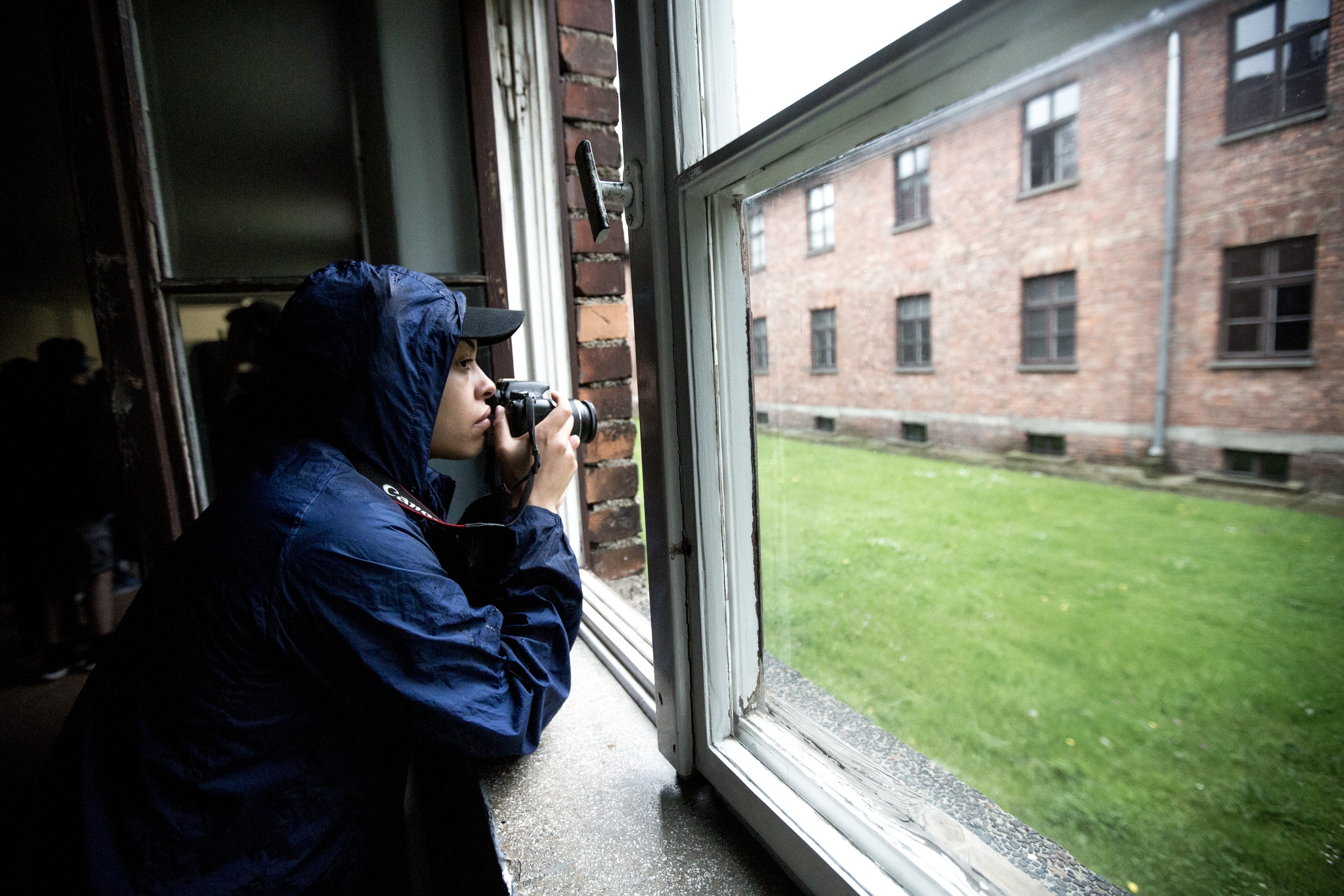 When the Black Lives Matter movement began to sweep the entire country in May, Paris volunteered to help create projects that would empower students of all backgrounds to push for change. With Break the Hate referring to all forms of bigotry, this was a natural extension of her role working with students.

In addition to leading several BLM-related book clubs and film groups, Paris is working to organize students around the issue of bail reform. She also created the website Anonymous Ally that students from Tufts University are now helping her expand.

Among the texts that 80 students are examining with Paris this summer are “White Fragility: Why It’s So Hard for White People to Talk About Racism,” “How to Be an Antiracist” and “The Bluest Eye.” For her Kindle-based Holocaust memory series, Paris and 20 students examined Deborah Lipstadt’s “Denial: Holocaust History on Trial” and accounts of Jewish resistance during the genocide.

“Through Break the Hate we are working against all forms of bigotry and inviting students of any and all background to join us,” said Paris. “The dual plagues of racism and antisemitism require a strong, united response from all communities. It has been so personally meaningful to me that CJP has allowed me to pursue this mission for two years now.”