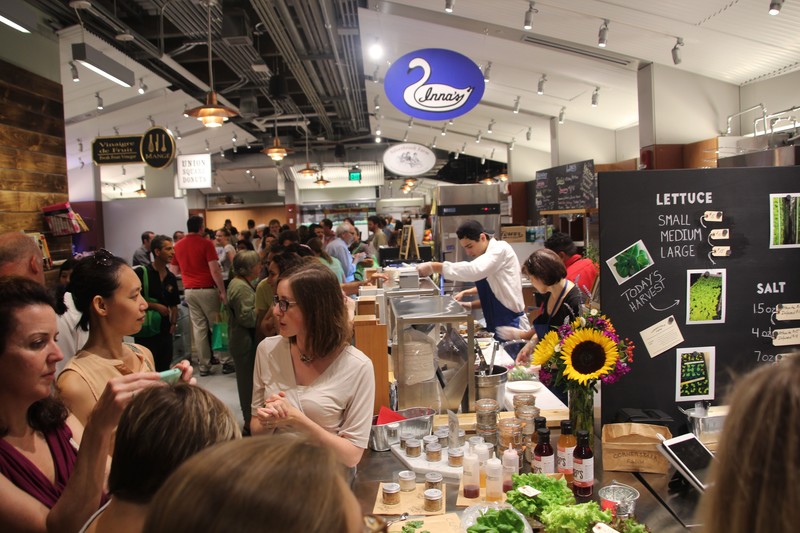 After 15 years (!) of planning, the Boston Public Market has finally opened its doors to lots of excitement and publicity. The Market is the new home to 37 permanent vendors—and a handful of semi-permanent sellers—peddling everything from farm-fresh ingredients and cheeses to locally made donuts and ice cream to a variety of fish and meat (both fresh and cured), all of it produced in New England. There’s also a 3,200-square-foot, state-of-the-art demonstration space and kitchen that will be used for teaching culinary and wellness classes for the community.

At the friends and family night a couple days before its grand opening, I was one of the 900 people who oohed and aahed over the setup and offerings. (There’s even a cookbook exchange for people in the community to drop off and acquire books. How great is that?) Here are five of the best things I ate. (No surprise, but several of them have traditional Jewish leanings.)

The mother-and-son team from the popular storefront in Newton brought plates of the Jewish food they’re known for, including matzah ball soup, falafel, shawarma, hummus and pita. Their booth will also feature grab-and-go offerings like knishes and shakshuka, the varieties of which will vary, according to co-owner Alex Khitrik.

The crowd was abuzz about the deli-style sandwiches being sampled by this new shop that prides itself on its old-fashioned techniques. That means using local ingredients and no chemical preservation.

The Cajun-flavored smoked salmon was tender and flaky with a pronounced, but not overwhelming, smokiness. Also of note: the smoked haddock chowder, which tasted fresh and creamy but not at all stodgy.

I was floored by how wasabi-spicy the mustard greens were from this East Boston farm, which uses some amazing growing techniques (think hydroponics, LEDs and cutting-edge technology) to produce leafy greens and herbs, all in recycled shipping containers.

Amesbury’s Wolf Meadow Farm makes traditional southern Italian cheeses and left an impression with its samples of impossibly creamy, perfectly salted mozzarella. I certainly went back for more than my share! 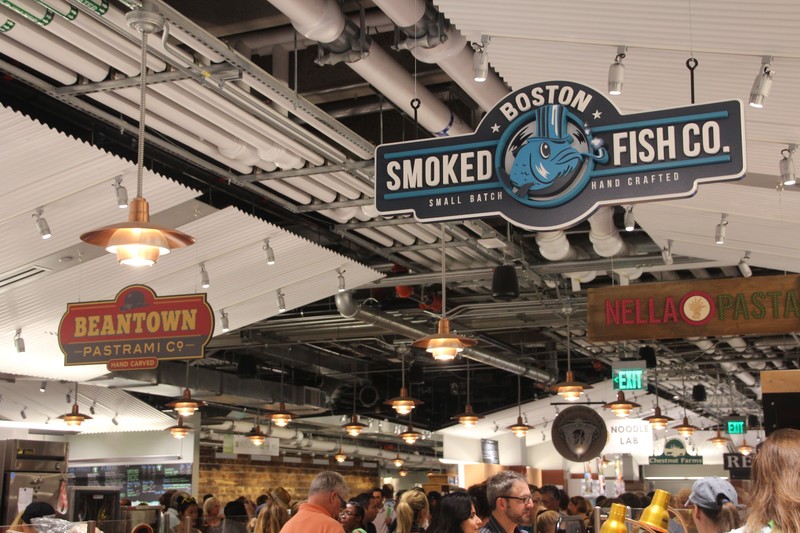