Close
Never miss a great event again!
Get the best Jewish events delivered to your inbox every Thursday with JewishBoston This Week.
By signing up, you agree to our Terms of Use and Privacy Policy.
Purim Recipes
View all When people think of Purim, they think of hamantaschen. These filled, triangular cookies are representative of the three-pointed hat worn by Haman, the holiday’s villain who planned to destroy the Jews. Hamantaschen may be a symbol of an evil character, but they’re a reminder of the Jewish people’s triumph—a sweet victory over a bitter foe.

The only problem with liking hamantaschen so much is not having access to them year-round; most bakeries only start selling them a few weeks before Purim. Besides making them from scratch every time you want one, how else are you supposed to satisfy your Purim cookie craving?

I found five bakeries that sell hamantaschen well before Purim; three sell the cookies year-round, while the other two start selling them in early February. This may be only a small swath of Boston’s bakeries, but at least they understand that hamantaschen hankerings aren’t just limited to March.

Have a bakery to add? Let us know in the comments! 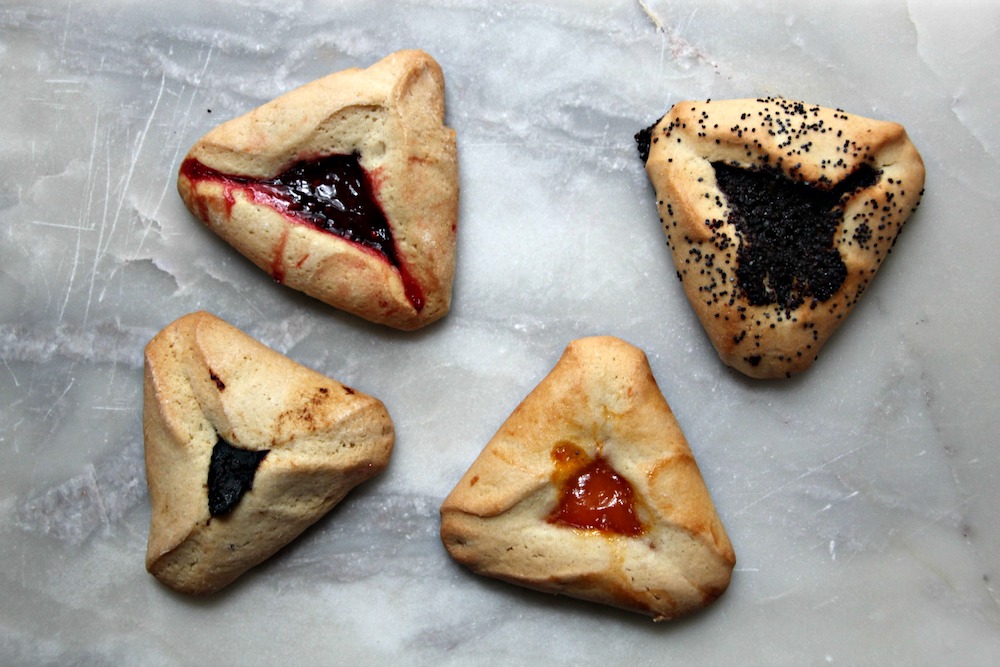 In this popular kosher bakery, hamantaschen get prime billing: almost two shelves are devoted to the cookie, which you have time to look at and consider as you wait in line, which is often several people long (but moves quickly). The hamantaschen are nicely burnished around the edges and appear puffier and more free-form than other versions. The dough is firm, flavorful and faintly almond-y, and the fillings are smooth and bold. Available flavors during my visit included apricot, poppy seed, prune and raspberry. 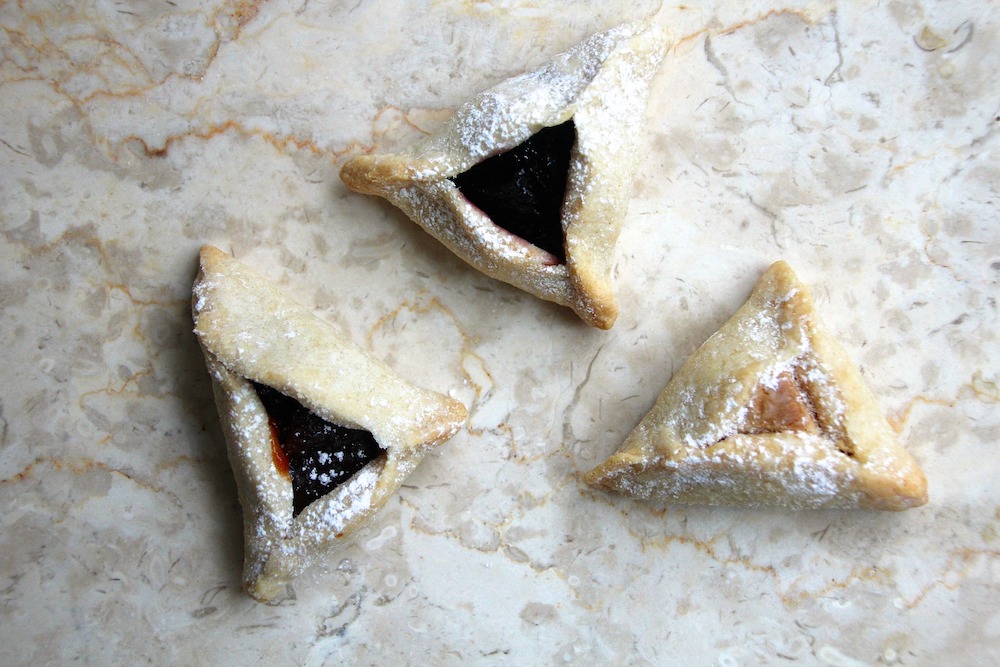 These hamantaschen earn high marks for looks and flavor. They look like the quintessential hamantaschen—crisp edges that form a tight triangle with a small opening in which some of the filling peeks through. The reason they look so carefully composed is because they are: Galit Grutman, a home baker, makes them by hand and to order in her Newton home. (She started the bakery in honor of her son, Roee, who loved his mom’s baked goods.) The cookie is tender but substantial enough to stand up to its bright filling, and the whole lot is topped with a dusting of powdered sugar. (You can also opt for sugar-free dough.) The online bakery’s offerings are determined by demand; if you ask any of my tasters, these are definitely worth making a permanent fixture. Available flavors include blueberry, guava, dulce de leche, white chocolate, peanut butter and Nutella. The only hamantaschen in the lineup to get shipped in to this beloved kosher market instead of made in-house, these cookies are delicate and crumbly, with frosting-like fillings. Like Rosenfeld’s Bagels, the Butcherie only carries hamantaschen once a year, starting in February. Available flavors during my visit included date, poppy seed and chocolate. 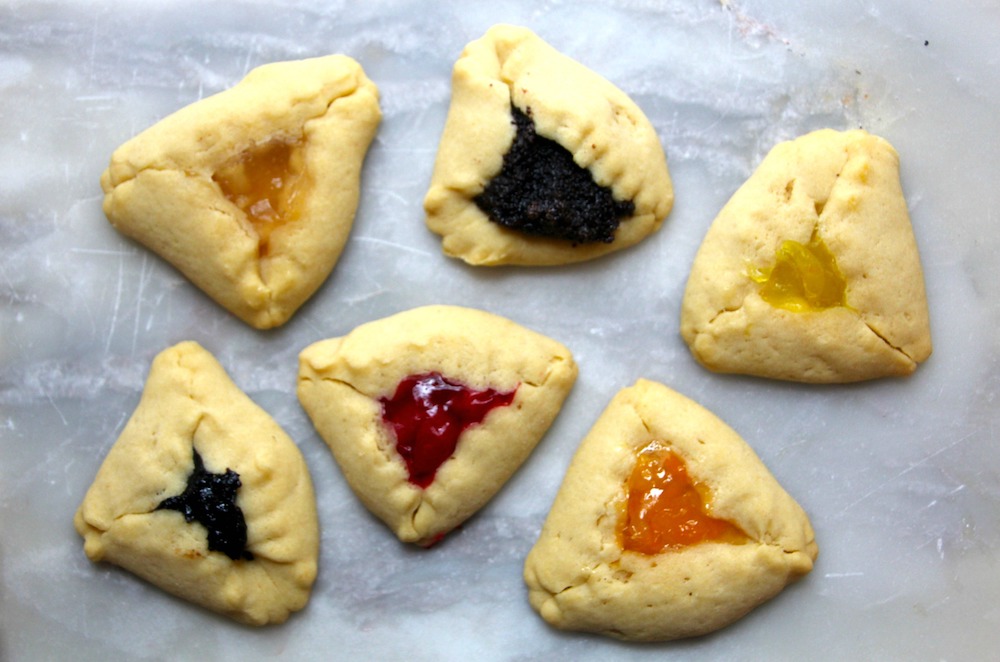 There’s no shortage of flavor options at this revered kosher bakery, best known for its challah but also the producer of some other tasty sweets. Their hamantaschen come in two sizes—mini and large—and two varieties. The first is the traditional cookie variety, available year-round in the large size, and the second is the softer, yeasted kind, with the same sweet fillings but a more limited availability. The cookies I brought home were slightly flat and rounded, tender and short, with a good balance of cookie and filling. Available flavors during my visit included apple, raspberry, lemon, apricot, chocolate and prune. Nestled among some of the best bagels in Boston are Rosenfeld’s hamantaschen. The cookie is reminiscent of a sandy—light and crumbly, with a short crumb—and filled with a bright, gooey spoonful of fruity filling. Though the sweets are seasonal, Rosenfeld’s hamantaschen season is longer than many other bakeries; they start selling them in February. Available flavors during my visit included lemon and prune.