Close
Never miss a great event again!
Get the best Jewish events delivered to your inbox every Thursday with JewishBoston This Week.
By signing up, you agree to our Terms of Use and Privacy Policy.
Philanthropy
View all 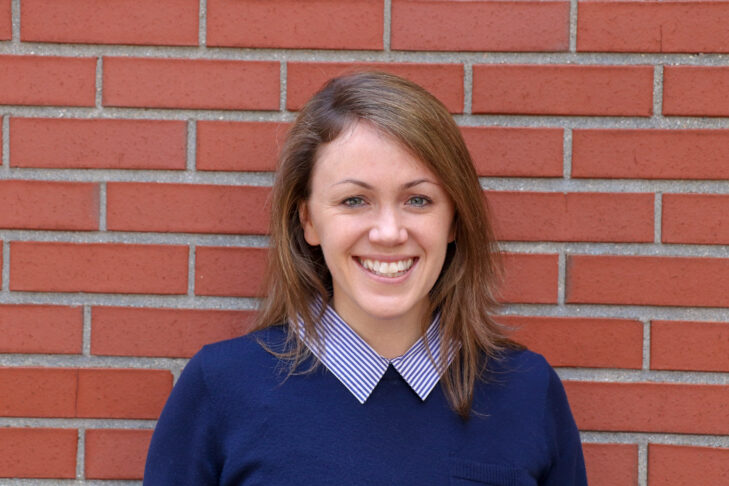 When The Wexner Foundation named its 15 fellows for its Wexner Field Fellowship, Dr. Sarah Abramson, CJP’s senior vice president of strategy and impact, was on that impressive roster of Jewish professionals. The fellowship has partnered with Jim Joseph Foundation to reward mid-career professionals committed to working in the North American Jewish community.

The Wexner Field Fellowship comes with a multifaceted array of benefits to fellows, including coaching, Jewish learning and funds for professional development. It is also awarded at a pivotal moment in fellows’ careers—all of whom must be under the age of 43 when they start the three-year program.

The fellowship is a well-deserved next step for Abramson, who has built a notable career in Jewish communal service. She came to CJP from Yad Chessed in 2014, where she was the executive director of the Waltham-based organization. Abramson noted that the organization’s mission to alleviate poverty for over 4,000 Jewish households in Greater Boston resonated with her. “I loved my direct service work at Yad Chessed,” she recently told JewishBoston. “I loved being able to touch and see and feel the impact of making people’s lives better due to the Jewish community’s generosity.”

It was a natural career pivot for Abramson to join CJP as an associate vice president of caring and social justice. Under the mentorship of then-CJP executive vice president Gil Preuss, Abramson led a seven-person team that managed CJP’s portfolio investments in direct service with the goal “to uplift people in need and uphold their dignity.” The position brought her in close contact with her former organization Yad Chessed, as well as Jewish Family & Children’s Service, 2Life Communities, Hebrew SeniorLife and others. “That portfolio of work was the beating heart of what it means to be a Jewish community for people in their time of need,” she said.

At the time, Abramson pondered what she brought to her new job as a Ph.D. in sociology. In conversations with Preuss, she realized her academic aspirations and commitment to direct service dovetailed. “Gil said to me, ‘You can meet in the middle between your academic background and your career at CJP. That means you will be working at a level where you have more ability to affect systematic change,’” she said.

Preuss’s words proved to be prophetic. Abramson said that from her front-row seat, she “saw people’s lives changed.” She added: “I began having conversations at CJP that led me to do bigger things than I had done at Yad Chessed. This was over seven years ago, and at the time, nobody believed there was Jewish poverty. No one thought we could have the hard conversations around the humanity that comes up in this work.”

Abramson built on those subsequent conversations in her next CJP role as vice president of caring, community impact and strategic partnerships. She started that new position amid a significant change in the organization. CJP’s longtime president, Barry Shrage, was retiring, and Preuss, with whom she had a close working relationship, left to lead the Jewish Federation of Greater Washington. It was also an energizing time, and Abramson’s job encompassed overseeing relationships with key stakeholders and donors as CJP anticipated new leadership.

Fundraising also began to have a more prominent role in Abramson’s job description as she was given the opportunity to work more closely with the team responsible for ensuring that CJP supporters continued to stay connected to the institution. “It’s the greatest gift of anyone’s life to be able to give away any amount of money,” she said. “And to ask for support became an intrinsic part of my job.” Abramson viewed the philanthropic component of her job as “a wonderful opportunity for me to connect our strategy to the CJP story. All the while, I developed my skills and thought how that could translate into raising funds.”

In her current role as senior vice president of strategy and impact, she is part of president and CEO Marc Baker’s five-person executive team and thinks of herself as CJP’s “chief strategy officer.” Among her new responsibilities is “to uphold the values of our community and represent those values in our relationships to the broader world,” she said.

Under Abramson’s direction, CJP gives out over $40 million a year in grant money to organizations. She described that funding as coming from three buckets. “We fund care for our most vulnerable. We fund organizations aiming to create more meaningful opportunities for people to connect to Judaism and our community, and we fund organizations to ensure that together they create a healthy, thriving community,” she said. The grants can be unrestricted, flexible dollars to be spent at the grantees’ discretion, or they can be viewed as strategic investments. “We support a grantee who is working with us collaboratively to build something important,” she said. “In addition to a community-building grant, CJP will also give them a grant specific to a given project when it aligns with work we know needs to happen in our community.”

Abramson has bold ideas about distributing dollars donated to CJP and the direction of Jewish federations in general. “The idea that CJP should be value-neutral and not have a point of view is counterintuitive to ensuring that we are stewarding the philanthropy to its maximum impact,” she said. “Our point of view needs to be organically grown from the community. It should consider the multitude of views across our community. We have to decide what matters, and, at some point, our decisions manifest as grants for our community.”

As for her Wexner Field Fellowship aspirations, Abramson acknowledged that it’s challenging to be a working mother. However, that challenge translates to “less about permission and more about acceptance and a desire to become as thoughtful as possible within the parameters of my life, parameters I am very lucky to have,” she said. She added that established Jewish institutions must ramp up their focus on diversity. “Our institutions need to create space for me as a woman, and for others—for women of color, trans women, trans people in general and people with disabilities,” she said. “We have a lot of work to do to make room for the vibrancy of what our community can be.”

To that end, Abramson looks forward to acquiring innovative and community-building skills during her fellowship. “It’s exciting to enter a many-thousand community with people whom I will have shared experiences with and taken the same journey,” she said. “That’s a tremendous benefit.”