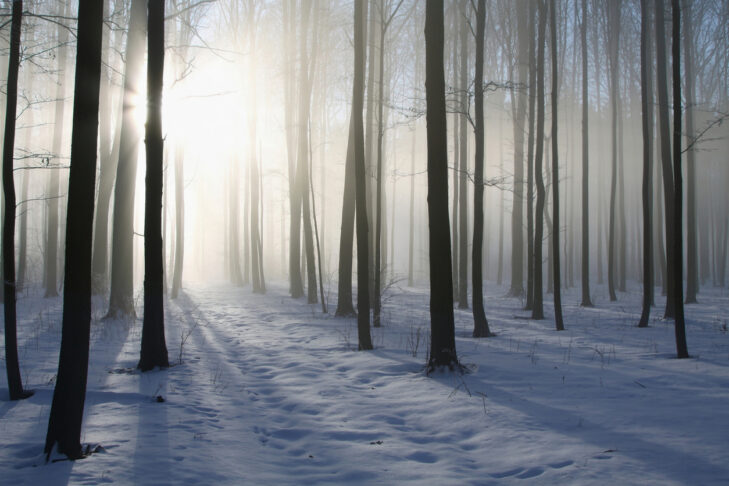 Rabbi Marcia Plumb first encountered a form of Mussar three decades ago. A rabbinical student at the time, Plumb recalls that a mentor assigned her to write down 100 blessings that she noticed in a given day. The caveat, however, was that during the month-long exercise, she could not record the same blessing twice. Finding holiness in the everyday was transformative for Plumb and a precursor to her Mussar practice.

Plumb, the senior rabbi at Congregation Mishkan Tefila in Brookline, recently spoke to JewishBoston in anticipation of a two-part seminar that she and Dr. Alan Morinis, a leading figure in the 21st-century revival of Mussar and a founder of The Mussar Institute, will be leading on “Mussar and Mental Health.” CJP, Ruderman Synagogue Inclusion Project, Congregation Mishkan Tefila and The Mussar Institute are program sponsors.

For the first session on Feb. 16, Plumb and Morinis introduced the practice of Mussar. (A recording of the session will soon be available on Mishkan Tefila’s website.) The second seminar on March 2 will build on how the traits of humans created in the image of God and respect echo Talmudic wisdom that says God’s wisdom endows people with three inalienable dignities: infinite value, equality and uniqueness.

Plumb explains that Mussar calls upon 100 traits or characteristics as the basis of investigating our souls and understanding God in others. This year, Plumb is spearheading a Mussar initiative at her synagogue that will use six traits, or middot, to “create cultural and adaptive change within the synagogue.” Those traits include seeing the good in the world; patience; respect; enthusiasm and determination; seeing God in each person; and joy.”

In separate conversations with JewishBoston, Plumb and Morinis noted that there has yet to be a dedicated exploration of the ways Mussar can directly support mental health and inclusion. However, cautioned Morinis, “Mussar is not a substitute for medical intervention. My Mussar teacher once told me that some things are best treated with chemicals. That sets a boundary of what we can talk about. Rather than using Mussar to try to help someone with dementia, we should focus on the person caring for the afflicted person.”

For the workshops, Plumb and Morinis will focus on two traits: how people are created in God’s image and respect. “That means that no matter our gender identity, our sexual orientation, learning styles or levels of anxiety or depression, we are all created in God’s image,” said Plumb. “And our qualities are also within God.” Accordingly, Plumb’s interpretation of these middot destigmatizes mental health challenges in combination with respect. “We come from God,” said Plumb, “and we need to respect ourselves and what we carry with us. Whether those are difficulties or strengths, they all come from God and are a part of God and us.”

As part of the workshop, Morinis will also study the trials of loneliness in the pandemic. Loneliness, he noted, is a plague that has stemmed from the larger plague around us. “Judaism in general and the Torah in particular are meant to create a world of affection,” he said. “With the Torah as a foundation and a Judaism committed to affection, what does that have to say about loneliness? The ways people are alone is poignant in this pandemic. For example, we can’t gather for funerals. I know a family whose child died by suicide, and those closest to them could not comfort them. The inability to mourn together is almost as painful as the original suffering.”

Morinis further observed that research finds that loneliness does more than affect brain function; it changes brain structure. “We are malleable, and the elasticity of the brain lines up well with Judaism,” he said. “We can always change through teshuva—repentance.”

In addition to her Mussar scholarship, Plumb has made a significant commitment to inclusion through her work with Shir HaNeshama: Mussar Sacred Music Circle. “Although we want to spread Mussar-based text study and spiritual practices, that can be hard for some people,” she said. “But music can draw in everybody. We can spread middot through music. It’s all about inclusion, and everyone can access music.”

On Feb. 28, participants will have the opportunity to virtually join musicians based in Israel who compose original Jewish music celebrating a specific middah (register here). The goal is to come together to sing and dance to the new music and celebrate the trait of joy. With the Mussar tradition in mind, Plumb distinguishes between joy and happiness. “From the Mussar point of view, finding joy is a conscious decision to look for and find a sense of acceptance and contentment in the world,” she noted. “Whether sad or happy, we decide to find some level of contentment.”

Plumb acknowledged that the difference between joy and happiness is not always an easy concept to grasp. Joy, she said, is deeper than happiness. To that end, she leaves us with a question: “What does it mean in the time of a pandemic to create a deep pool of joy within ourselves as we’re scared or stuck in our homes?”