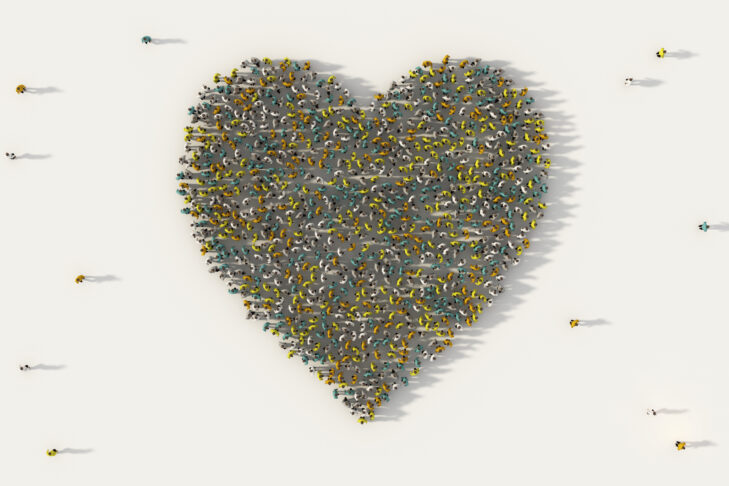 The outbreak of COVID-19 caught us off guard. Initially, the majority of the world didn’t really care because it was in China, and the West sees China mainly as a big factory. Next, we thought it was little more than a new strain of flu. When it started to spread, we thought it wouldn’t come to our neighborhood/city/country. So when governments declared mandatory quarantine on people returning from abroad, or shut down all entertainment businesses, or canceled sports leagues, schools and universities, we thought they were panicking for no reason.

But we should already know better. If we don’t want our countries to look like Wuhan or Lombardi, we’d better be attentive to the instructions.

If it weren’t sad, the message the coronavirus is sending us could sound almost positive: It tells us, “We are all in this together.” It is a universal message of mutual responsibility, where the measures taken by one government impact every person on the planet. Just think about how it started: Someone in Wuhan, China, got a strange flu in November, and three months later, thousands of people are dead, the world is going out of business, hundreds of millions are jailed inside their own homes or ghettoed in their city, Russia and OPEC have declared an oil war and the U.S. thinks they’re both out to get it, all because of that one person with the strange flu.

Indeed, we are all in this together, universally connected.

In the wisdom of Kabbalah, there is a concept called “the last generation.” Basically, it means that when the generation is selfish to the core, a new paradigm will emerge, one of unity and mutual responsibility. Now, according to “The Book of Zohar,” the seminal book of Kabbalah, we are in the beginning of that last generation.

The Birth of a New Humanity

Admittedly, we are in the midst of a global crisis. But the word “crisis” doesn’t deserve its bad reputation. In English, a crisis is “the turning point for better or worse in an acute disease or fever,” or “an emotionally significant event or radical change of status in a person’s life,” according to Webster’s Dictionary. So it isn’t necessarily bad, but it is certainly a dramatic situation.

The Hebrew word for “crisis” is even more interesting. Mashber, which is Hebrew for crisis, is the word that ancient Hebrew texts used to denote birth. The mashber was the special chair on which the woman in labor sat until she delivered (Talmud, Arachin 1:4). Also, in the Bible (Isaiah 37:3), the word mashber denotes the opening of the birth canal right before the newborn baby emerges to the world.

In the case of the current crisis, and in fact the current process that we have been undergoing for some decades now, the newborn baby is a new humanity. The difference between now and, say, 10 years ago, is that significant portions of humanity are beginning to acknowledge that mutual responsibility and interdependence are not merely fancy words they can use to decorate their social media posts; they are the painful truth that we must take into account in our daily lives. Previously, it didn’t matter to anyone if I wanted to go to a discotheque or to the movies to take my mind off life’s burdens. Nowadays, other people’s lives could depend on my decision, literally! It doesn’t get more mutually responsible than that.

Willing vs. Unwilling Collaborators With Reality

The problem is not with mutual dependence in itself, it’s in the fact that we are trying to use it to our personal benefit instead of everyone using it for everyone’s benefit. When we use our interdependence selfishly, the results are the financial crisis from 12 years ago, the depression that we feel due to our dissatisfaction with life, which then causes substance abuse that claims tens of thousands of lives every year in the U.S. alone, and the current pandemic that who knows when or how it will end.

But if we use our interdependence for the common good, then we will be happy to contribute our very best skills and efforts to society because everybody else will be doing likewise. Can you imagine a society whose members all work for the common good? Can you imagine sadness there? Can you see sickness there? Will you find loneliness there? Will there be crime, illiteracy or drugs in such a community? A community that implements mutual responsibility will never allow any of that to happen in its midst.

COVID-19 is a stern teacher. But however painful are its lessons, we had better learn them now—the lessons of our interconnectedness and mutual responsibility, our new paradigm of life. Reality has already decided that now is the time for the birth of a new humanity; it is our choice to make it smooth and happy, or resist it and endure nature’s methods of assisted delivery.