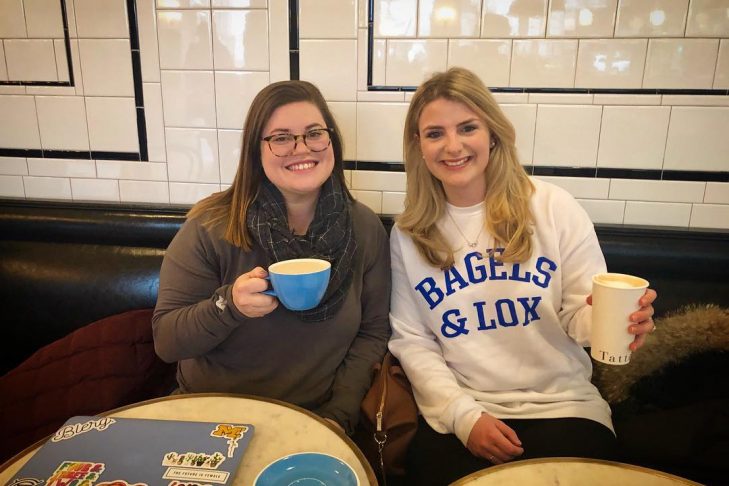 They are young adults who come from diverse Jewish backgrounds. They are committed to guiding fellow millennials along their unique Jewish journeys. They are CJP’s three “Community Connectors.” As the name connotes, Rachel Zylberfink, Amanda Friedman and Caleb Alemany have recently stepped into their new roles to engage a new generation of Jews in the Boston area. Although each of the connectors have individual goals for their work, they agree the common theme is to bring Boston’s young adults closer to identifying what excites them about being Jewish.

The community connectors are made possible by CJP’s Bridge to the Future—a fund created to honor Barry Shrage, CJP’s former president and CEO. An important part of Shrage’s focus included working with young adults to begin or continue their Jewish exploration.

The new program’s overall objective in its pilot phase is straightforward: meet Jewish millennials wherever they are, geographically and emotionally. Rabbi Elyse Winick, CJP’s senior director of learning and engagement, is leading the initiative. “For some time we have been exploring our options in expanding our work with young adults,” she said in a recent interview. “Studies as well as anecdotal information collected from young adults pointed to the idea of relational engagement—meeting people personally as opposed to passively promoting programming. It’s proven to be a successful method based on the experience of other Jewish organizations doing similar things.”

Winick asserted that the community connectors represent one of the “four pillars” on which the success of the enterprise rests. The other three pillars include microgrants; RFPs, or request for proposals, for large grants; and a comprehensive technology evaluation that will include data management to track relationships and harness social media power to reach young people. However, Winick emphasized that technology will not “displace human interaction.”

She said the microgrants “are a way for the connectors to get small amounts of money into the hands of young adults who want to create Jewish experiences with as little bureaucracy as possible.” As an example, there will be funding available for gatherings around a particular holiday, such as Hanukkah. The larger grants for organizations, and microgrants for individuals, are for young adult programming, and also include families with young children. 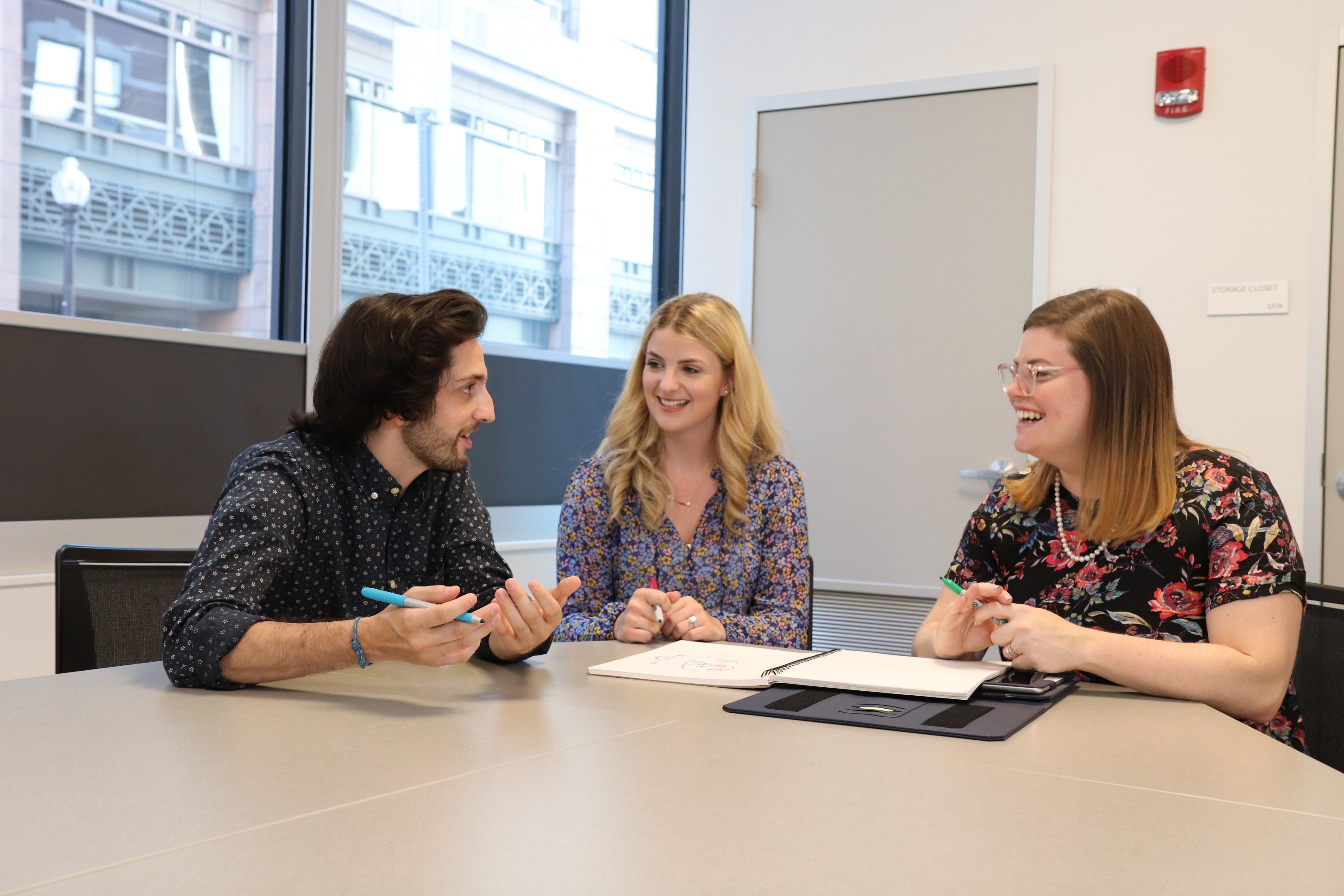 Rachel Zylberfink, who came to CJP from the Hillel at the University of Wisconsin in Madison, where she was the director of engagement for two years, said one of the most meaningful parts of her job “is building community. I grew up in such a strong Jewish community. For me, it’s about bringing people [no matter what their Jewish backgrounds are] back into the Jewish community.” Zylberfink and her colleagues accomplish this through initiating informal meetings and planning structured programs.

Amanda Friedman came to her connector role from the Jewish United Fund of Metropolitan Chicago, where she worked behind the scenes to engage teens. After two years she was looking for a more communal role. “I wanted to get out into the community,” said Friedman, “and meet with young adults wherever they are.” Conversations with connectors can take place over a lunch break, a drink or even a baseball game. Friedman said she opens her encounters by asking, “Tell me about your Jewish background.” She assesses what someone does in Boston outside of work and if there is anything Jewish about their activities. “I want to learn more about why people are not doing something Jewish, rather than just recommending things to do,” she said. “It’s like cracking a code for these young adults. I want them to find experiences that are right for them in a more accessible way.”

Caleb Alemany came to CJP with a background in Jewish communal work. He recently received his master’s degree in experiential education and Jewish cultural arts from George Washington University. He noted that his role as a connector allows him to implement what he learned in the classroom. “My goal,” said Alemany, “is to help young adults find points of connection to being Jewish. I love the idea of building upon the work that has been done in the Greater Boston Jewish community.”

Alemany, who hails from Western Massachusetts, had a formative Jewish experience at summer camp. “Camp Eisner was the beginning of my Jewish identity,” he said. “After that I became involved in NFTY, National Federation of Temple Youth. Post-college I worked as the assistant director of youth engagement at Temple Shalom in Newton. It was my first foray into engagement, and I worked with kids from kindergarten to high school.” Alemany is also from an interfaith family, which he feels is another point of connection when meeting with young adults who want to explore their Judaism.

As Winick pointed out: “What makes our approach unique is that the four pillars [of the program] are intended to work in an intersecting way. We’re nurturing people’s identities and nurturing journeys both for those who are trying to navigate the organizational landscape and those who are not interested in organizational affiliation but are interested in deepening their Jewish experience and identity. The potential is tremendous. We’re meeting the needs of young adults with connectors who are well versed in resources and have a solid Jewish background that is not intimidating. They’re making the experience of self-discovery for young adults a positive experience.”