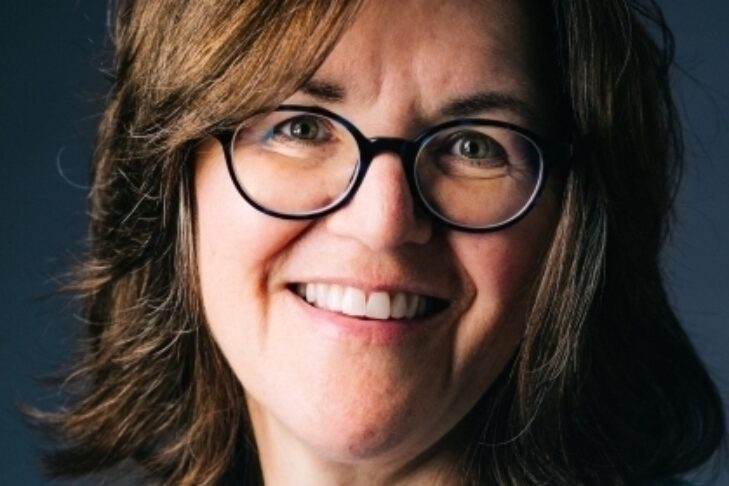 The inimitable La La Fine is the protagonist of R.L. Maizes’s delightful, funny and poignant debut novel, “Other People’s Pets.” La La is an animal empath who not only relates to animals, but also acutely feels their pain and their pleasure.

It’s not a leap to realize that La La relates to animals better than she relates to people. Her mother, Elissa, abandoned her when she was 8, and her father, Zev, brought her into the family business—burgling houses. A master locksmith, Zev robs houses to make ends meet. As the duo works in various neighborhoods, Zev has his daughter put her empath talents to effective use during home invasions. La La inevitably soothes a dog or quiets a parakeet while she and her father are pulling a job.

La La and Zev are also Jews. Though not observant, they invoke that most Jewish of traditions when they argue with God or call out for God’s help. Maizes draws on the magical realism of writers like Nobel Prize winner Isaac Bashevis Singer to make her points. The adult La La eventually follows a more straight and narrow path for herself. She has a loving fiancé, Clem, and a pair of shelter dogs whom she dotes on. Perhaps most notably, she is putting her unique talents to better use as a fourth-year veterinary student.

Things unravel, however, when Zev is traced to a house he has robbed and placed under house arrest. La La is determined to pay his lawyer’s hefty retainer. She goes out on her own, breaking into houses in wealthy neighborhoods where there is a pet in need and a house full of cash and jewelry.

Once Clem is aware of her nocturnal heists, he leaves her. Zev eventually enters into a plea bargain that lands him in a minimum-security prison for a few years. La La’s mother rebuffs her attempts to reconnect. But all is not lost. La La leans into the loving albeit quirky community that Maizes has created for her, and redemption becomes a possibility for everyone.

“Other People’s Pets” is this year’s fall selection for “One Book, One Hadassah” national book club. Hadassah Magazine’s executive editor, Lisa Hostein, will be in conversation with Maizes on Thursday, Oct. 22. Find more information about the program here.

Maizes recently spoke to JewishBoston about her book in anticipation of the event. 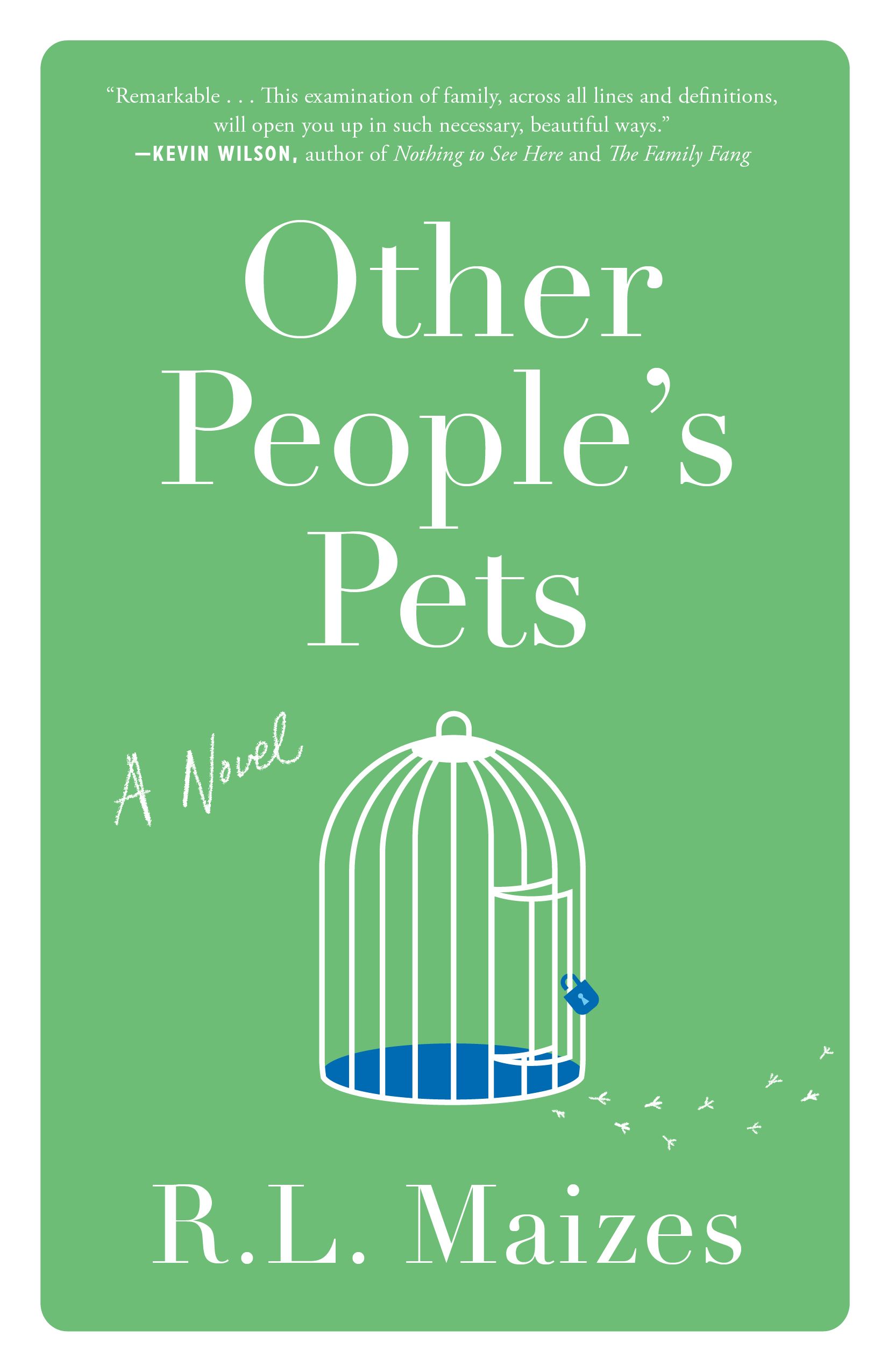 “Other People’s Pets” is an unusual selection for “One Book, One Hadassah.” Why do you think it was chosen?

There are probably more outwardly Jewish books Hadassah could have selected. The themes of this book are very universal. But La La has a minimalist bat mitzvah in her kitchen. Of course, she also ponders the fifth commandment—honor thy father and mother—throughout the novel. Fulfilling that is one of her struggles. The book deals with the question of, what does she owe these people who are not great parents? Who is her family? Can she create a new family? The book also tackles the idea of family and honoring previous generations. How does one do that? And how does one do that in a complex situation? How do I forgive? There are also conversations with God in this book. That’s very much in the tradition of the Bible. Think of all the characters in the Bible who argue with God.

We also have a tradition in Jewish law of taking care of animals. In Jewish law, you must feed your animal before you provide for yourself. Jewish animals, like Jewish people, do not work on the Sabbath. There’s the commandment to chase away the bird before you take the eggs. There is an obvious concern in Jewish law and tradition for animals.

How did you decide to create La La as an empath?

I discover my story while I’m writing it. When I began the book, I thought it was a father-daughter story, and I knew the father would have some kind of criminal affiliation. I also knew La La loved animals, but I didn’t initially know she was an empath. It wasn’t until I was writing about her and discovering her character that I realized she could feel the pleasure and pain of animals in her body.

I love reading magical realism; I love writing it. I was so thrilled that’s what I ended up writing. I also loved imagining a character who could feel what animals feel and see the world through her eyes. Of course, there were complications, because books are about complications. The complications I created for La La included the fact that her gift as an empath was largely a secret. Yet in caring for and tuned into animals, she somehow has a harder time relating to human beings. Maybe that’s also because of her upbringing and her mother’s abandonment.

How did the father-daughter burgling strand of the story come to you?

When I was growing up in Far Rockaway, Queens, my house was burgled numerous times. One time I was home when it happened. It was after Shabbat, and I had a friend over. We were young teens and only the two of us were home. We heard someone coming up the stairs and I assumed it was my father. I shouted out, “Hi, Dad, we’re in my bedroom!” I heard, “Oh, no, there’s somebody here!” The robbers ran down the stairs, and we ran into my parents’ room, locking the door behind us. I called 911 and kept them on the line until the police arrived. I screamed continuously, “The police are coming!” By the time the police arrived, the burglars had already fled. They took my purse, which was hanging on the back of a kitchen chair. To this day, I hide my purse when I’m home.

There were other burglaries, too. I remember one incident where they took a piece of jewelry that my father had brought back for my mother from Israel. It was a very sentimental possession of hers. We didn’t have the money to replace it. Even if we did have the money, a replacement would not have been the same. Those experiences had an impact on me, and I became interested in writing from the point of view of the burglar. I chose some strategies for making these characters sympathetic. With La La, it was easier. Her mother abandoned her. She cares about animals, which also makes her sympathetic. She was isolated as a child by her father. With Zev, it was harder, but he clearly loves La La. He makes mistakes but he doesn’t abandon her.

What research did you do for this book?

I did a lot of research on veterinary medicine because La La is a fourth-year veterinary student. I wanted to know what her education was like and what she knew about treating animals. I read several memoirs by veterinarians and veterinary students. I interviewed my own vet. I have had many dogs and cats, so I know just enough to be dangerous. I also watched surgical procedures on YouTube. I also asked a veterinarian to read the book.

And then, of course, I’m not a burglar. But sociologists and criminal justice professionals have done studies and interviews with burglars. For the police, it’s about fighting crime, and for sociologists, it’s about their innate curiosity regarding the human condition. I also interviewed district attorneys and bail bondsmen.

What do you hope people will take away from the novel?

I hope the book is a good escape for people, and that the humor in it is enjoyable. Humor is part of the Jewish tradition; when we’re in pain, we laugh. I think this book is in that tradition as well.