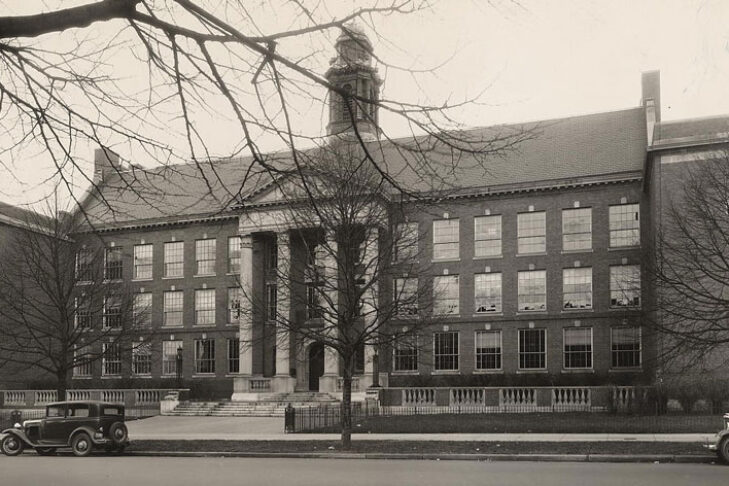 “Hebrew College was my second home. My experience there shaped my entire life,” said Dr. Arnold Band ’49, who spent every weekday afternoon as a teenager at Hebrew Teachers College in Roxbury, Mass., studying Hebrew language and Jewish studies with close buddies who would become friends for life. 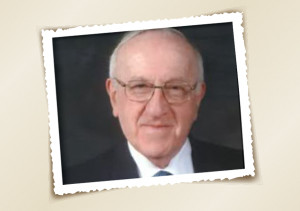 A Dorchester boy from a lower-middle-class household family he describes as “of no distinction,” Band grew up the child of immigrant parents, like many of the kids in his neighborhood. His mother was from Ukraine and his father was from Lithuania, and they worked long hours and stressed education for their son. While they kept a kosher home, they did not observe many Jewish daily practices. But Band’s teachers at Beth El Hebrew School, down the street from his home, recognized his talent for Hebrew language and persuaded his parents to send him to Hebrew Teachers College in the neighboring town of Roxbury which, Band says, “changed the course of my life.”

“Our teachers were Polish and Austrian Jews who shaped our love of Hebrew language and Zionism,” said Band. In fact, Band says the language and Hebraism he and his three best friends—Walter “Ackie” Ackerman z”l, David “Doch” Weinstein z”l and Isadore “Ickie” Twersky z”l—embraced at Hebrew College was so meaningful it shaped their careers. The four friends were all from the Roxbury-Dorchester neighborhood of Boston. They all attended Boston Latin School from seventh to 12th grades (graduating in 1946), where they excelled at the demanding curriculum. And they all grew up together at Hebrew Teachers College.

Band recalls going to Hebrew Teachers College for 10 to 12 hours a week—starting his days at Boston Latin School in Back Bay for his secular education, then traveling by street car to Hebrew Teachers College in Roxbury to continue with his Jewish and Hebrew language studies and to socialize with his friends. “It was a fulfilling and important part of my life,” he said. “It was the center of our lives. We all had immigrant parents who were working. Sometimes we’d stay until 8 at night.”

During their college years, he and his friends all commuted to Hebrew College in addition to Harvard College. They all spent their summers at Hebrew College’s then Hebrew-only camp, Camp Yavneh—where he was also invited to be a teacher from 1946-1958. And they all went on to illustrious careers that integrated their years of Jewish studies and language at Hebrew Teachers College—Ackie was an educator at Ben Gurion University; Doch became president of the Chicago College of Jewish Studies (now Spertus College); and Ickie held the Littauer Chair in Jewish Studies at Harvard College.

Band, too, excelled in the academy, becoming professor of Hebrew and comparative literature at UCLA in 1959—a position he held until his retirement in 1994—and publishing several books, including “Hebrew Poetry” (1963), “Tales of Nachman of Bratzlav” (1974) and over 100 articles in Hebrew and English. That was after earning his Ph.D. from Harvard, serving as an assistant professor at Boston Hebrew College (1954-59) and teaching stints at Hebrew College and Brandeis University in the mid-1950s.

As a new teacher at Brandies in 1956, he recalled having a young student named Art Green. “Art was a very dynamic student and person. He was very influential and energetic. I recall he led a group in Cambridge for young Jewish students. I’m not surprised that he went on to be an internationally-known Jewish scholar and founder of Hebrew College’s Rabbinical School.”