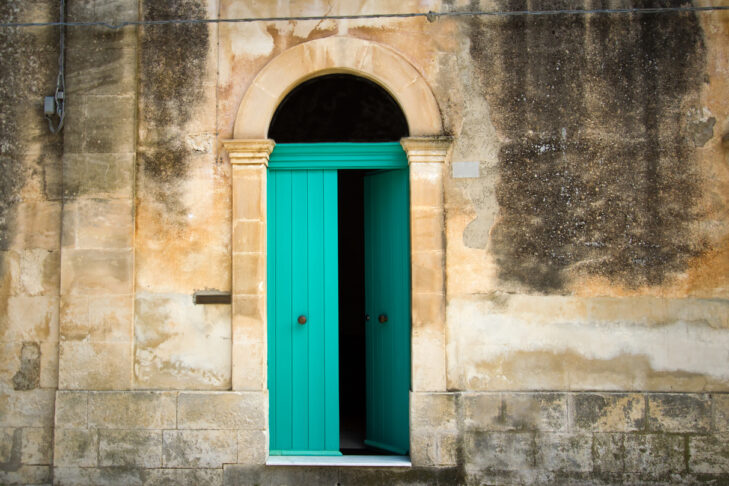 This week’s parashah, Metzora, continues the discussion, begun last week, about nega‘im (singular: nega‘), or various kinds of physical irregularities found on the human body, in clothing, and, finally, on the walls of homes. Each generates ritual impurity, and each has a ritual for diagnosing and then, upon healing, ending the period of impurity. In the case of nega‘im found on a house, the Torah says:

The owner of the house shall come and tell the priest, saying, “There seems to me to be some sort of disease (kenega‘ nir’ah li) in my house. The priest shall command that they empty the house before the priest goes to examine the disease, or all that is in the house will become ritually impure; and afterward the priest shall go in to inspect the house (Leviticus 40:35–36).

The Mishnah, interpreting this verse, draws our attention to the note of doubt in the speaker’s claim: kenega‘ nir’ah li, which we might more literally render as “something like a nega‘ has appeared to me.” This makes sense, of course, since the point here in the Torah is that a householder is unsure what to make of this discoloration on the walls of their home. They therefore call on the priest, the biblical world’s equivalent of a physician, to come inspect it, and to tell them whether this indeed is the sort of nega‘ that would render the entire building and all that is inside it ritually impure. In the most extreme case, this ritual impurity might even lead to the destruction of the home.

Yet the Mishnah reads the full measure of meaning embedded in that halting “ke-” prefix: “Even if the person is a sage and knows that this is surely a nega‘, they should not declare definitively ‘a nega‘ has appeared in the house,’ but rather ‘something like a nega‘…” (Mishnah Nega‘im 12:5).

The Mishnah tells us that even if, in reality, the homeowner is expert in identifying ritual impurity and determines that these blemishes on their home are indeed of the sort that render it defiled, they must nonetheless approach the priest with uncertainty: Perhaps this is a nega‘, but I cannot really say.

This enforced doubt makes sense of a moment in the next verse that might otherwise seem like legalistic thinking run amok. The priest, upon hearing of the potential infection of the home, commands that all of the items in the home be removed, such that, should the priest declare the home ritually impure, the items will be spared the fate of impurity. But if impurity is indeed a reflection of real states in the world, a religious response to a bodily, physical reality, then isn’t this cheating? If the physical mark on the wall of the person’s home is indeed the kind that signals ritual impurity, then aren’t those vessels already impure by virtue of being in the afflicted home, whether or not the priest has formally declared the home as such?

The Mishnah makes clear that this is not simply a case of legalists making the absurd claim that law defines reality. Rather, the whole process of ritual diagnosis is an exercise in caution and humility. You may think that you are sure that this thing you’re looking at is a nega‘, but nonetheless, you should wait for a second opinion. And because you have followed protocol and therefore acted and spoken with the necessary doubt, reality is shaped, not by some abstract and impersonal law, but rather by your own experience. The items in your home are not yet impure because your experience of the home has been, until this point in the story, one of only questionable impurity. You have given verbal expression to the doubt the Torah demands you to inhabit.

Doubt can be a frightening psychological state; many would prefer, for example, knowing that they failed a test to the alternative of waiting in dread for the results. Yet the Torah tells us, with its command to speak humbly, devoid of the certainty that we might otherwise feel, that doubt also creates an opening, a possibility for an outcome we could not have foreseen. Indeed, in the ritual story of the house afflicted with nega‘im, the priest does not immediately declare the home impure. Rather, if the discoloration is indeed of a troubling appearance, they quarantine the home for seven days. On the seventh day, the priest comes again to inspect the home; this time, if the ritually impure rot has spread, they remove the afflicted stones and clean and replaster the home. Only if, after all of this, the affliction breaks out yet again does the house finally receive the diagnosis of being a ritually impure and unsalvageable home, at which point it must be destroyed. At any point along the way, should the physical blemishes on the home cease to proliferate or return, the home is determined to be free of ritual impurity.

Doubt may well be a troubling psychic state, but it is also a religiously meaningful one. The Torah’s command of enforced doubt, “something like a nega‘ has appeared to me, ”reminds us that doubt is an expression of humility. Moreover, doubt is an essential component to fulfilling the mishnaic decree to judge others generously. Even when the home seems utterly unredeemable, we must remain open to the doubt that allows us to see not only its eventual destruction, but also its still-vital possibility. It may well turn out, in the end, that the home is indeed a “leprous” one, one which can be healed only through its destruction. But such a conclusion can be only that, a conclusion, an ending to a long story of multiple chances and opportunities for redemption.

Rabbi Micha’el Rosenberg is a member of the faculty at Hadar. He received rabbinic ordination both from the Chief Rabbinate of Israel and from his teacher, Rav Elisha Ancselovits. He also holds a Ph.D. in Talmud and rabbinics from the Jewish Theological Seminary of America. Rosenberg has served as associate professor of rabbinics at Hebrew College and as the rabbi of the Fort Tryon Jewish Center in Washington Heights. He is the author of “Signs of Virginity: Testing Virgins and Making Men in Late Antiquity” (Oxford University Press, 2018) and, with Rabbi Ethan Tucker, co-author of “Gender Equality and Prayer in Jewish Law” (Ktav, 2017).