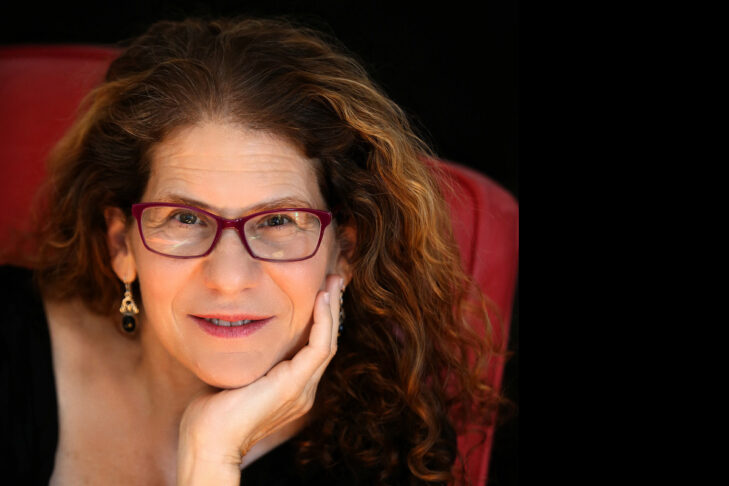 Eileen Pollack recently spoke to JewishBoston about her new essay collection, “Maybe It’s Me: On Being the Wrong Kind of Woman.” Pollack’s literary dexterity is on display in essays that recount soul-altering trips to Israel and Poland, one-of-a-kind field trips to abandoned Jewish cemeteries and the upside-down world of dating in one’s 50s and 60s. Throughout, her inimitable voice leads readers to hidden places and unexpected conclusions.

I’m also the “wrong kind of Jew” and the “wrong kind of Jewish woman,” which I especially felt raising my son. As I put these essays together in chronological order, I couldn’t think of a title for the book. But at the time, I was dating a man who had been an editor in New York and prides himself on his ability to think of good titles. He hadn’t read the book, but he asked me, “So, what is this book about?” As I was describing the main essay about dating in New York, I said, “I don’t know, maybe it’s me.” We were hiking through the woods and he said, “Stop! That’s the title.” I always tell my students, you don’t have to plan when you’re writing, say, a short story collection or an essay collection, how they’ll be interlinked; there will be common themes. Somebody wrote to me and said I had managed to express who I was in this mosaic of essays.

You were the only girl who raised her hand in math class in high school. You loved science. You loved books. What was it like to be in the first wave of women who majored in science at Yale University?

I was the only woman in my science classes, and I was the second woman to earn a physics degree. I always liked to write, but when I was told I couldn’t take science and math courses in high school, I decided I’d show them. That’s when I developed my passion for physics and math. I was going to apply to study physics in graduate school and I asked my quantum mechanics professor to write me a letter of recommendation. He said he would only do it if I took a class that wasn’t physics or math-related, because once I went to grad school in physics, I’d never have time for anything fun, anything I loved, again. So, I promised him I would take a writing course. John Hersey was one of my writing teachers. He changed my life. I felt so understood by him and so much less alone than in my science and math courses. I took nonfiction writing and then fiction writing with him. I walked away from physics and math and went to the University Iowa writing program.

Your novel, “The Bible of Dirty Jokes,” was in part an homage to the old Catskills comedians. How did growing up in the Catskills influence you as a writer?

It was a very crazy place to grow up. Most Jews my age couldn’t wait to get away from it. It was “Old World,” and we were more modern. But I predicted there would be a time when Jews would be nostalgic for the Borscht Belt in my first novel, “Paradise, New York.” The food was plentiful, but it wasn’t that good. And these comics were telling bad, dirty stories. Yet it was the place where American Jews figured out how to be American. They could swim and play baseball and get dressed up for dinner. They were in America, but they were among Jews. They could use Yiddish, they could relax, they weren’t being judged as they tried to come up in the world.

A lot of what I do in my work is trying to show what was going on behind the scenes. There was a lot of organized crime and a lot of sex and gambling and shenanigans. It was not all sweetness and light, and in our town, there were a lot of murders. I’m trying to give a more balanced look at what was going on in the Catskills—the good, the bad, the funny and the not-so-funny. And I explore women’s roles there. 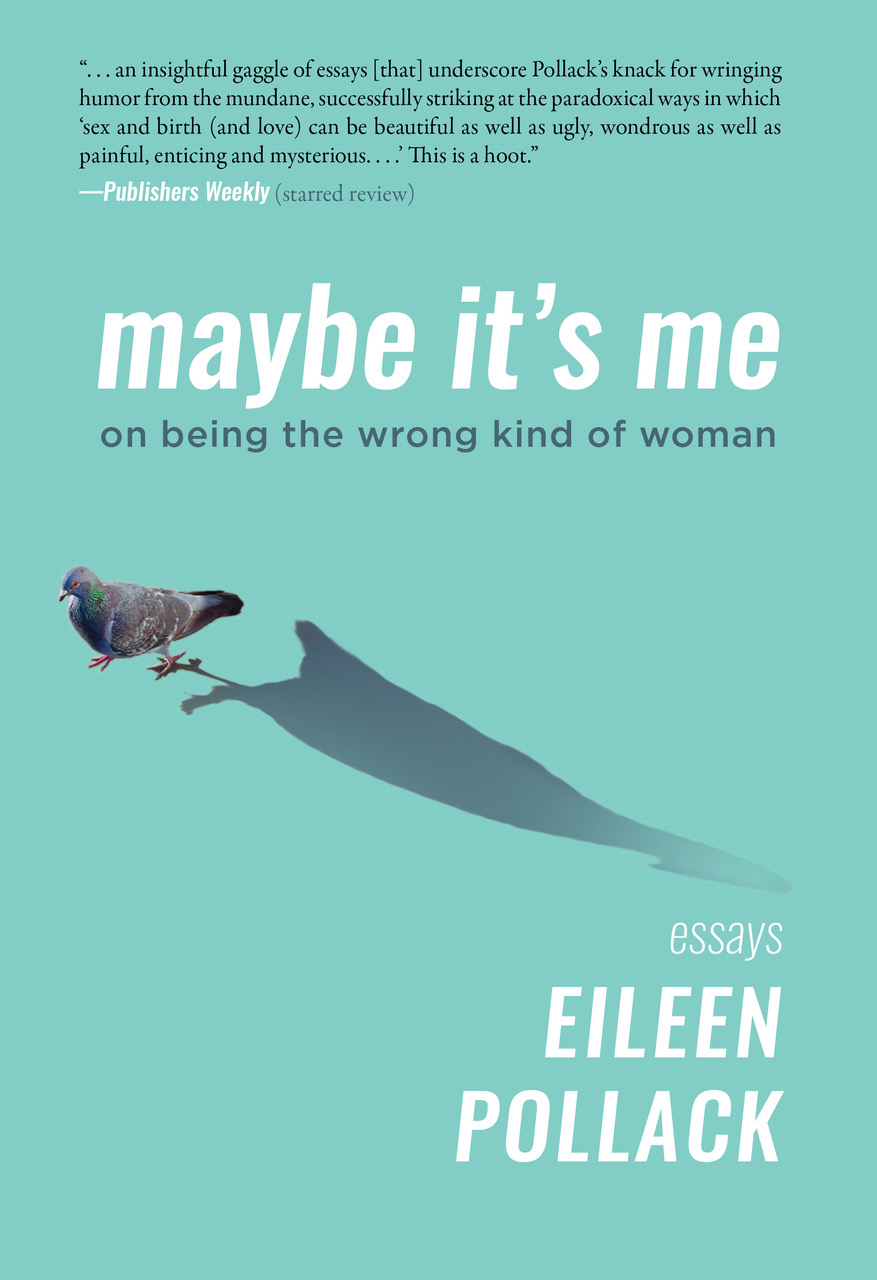 You are a writer with a clear-eyed view of her people. You also have a lot of affection for Jews. Do you consider yourself a Jewish writer?

I have two voices: I have a more comic Jewish voice that I channel in a novel like “The Bible of Dirty Jokes,” and then I have a more serious literary voice. I went through periods where I tried to get the Jew out of my voice and the Catskills out of my voice. But I’ve learned to not be ashamed of who I am. I’m interested in not only Jewish culture and history and what it means to be a Jew in the world, but actual Jewish theology. I grew up semi-Orthodox. At Yale, I discovered Martin Buber and Gershom Scholem. I was interested in the Jewish view of the universe, and the notion of sanctifying every detail and finding the divine spark in the ordinary. I don’t believe in a personal God, but I want to investigate why we feel like we should make the universe a better place. Where did that come from? Is that strictly biological, or is that something that’s coming from some force in the universe that makes us want to do good?

“All of Us, We All Are Arameans,” the longest essay in “Maybe It’s Me,” is about your first and only trip to Israel. You describe an upsetting scene where a hostile crowd trapped you in a taxi with your Arab driver. Did that experience change your view of Israel?

I came away with such mixed feelings about Israel and that surprised me. I was also surprised how much I loved it, and I was surprised that it could be racist. That incident revealed something many American Jews don’t experience on Birthright or a standard tour. I told an Israeli friend about the incident, and she asked why I didn’t call the police. I said, “I didn’t think anybody would care.” She asked me, “Do you think everybody in Israel is as horrible as this?” I was ashamed to think that I had. In the essay, I compare the reaction to somebody visiting America and hypothetically watching a Black man getting beaten or somebody who is gay getting assaulted by a mob. They didn’t report it because they assumed everybody in America was racist or homophobic.

The title essay, “Maybe It’s Me,” is funny and finely observed. You capture a range of emotions about dating in your 60s. Other than having fodder for writing, were you grateful for any of those experiences?

The gist of the essay is that it’s very hard to date men my age and older because we’ve changed so much, and society has changed too. But I would make all those dates vanish in a puff of smoke if I could. Before the pandemic, I realized New York was too expensive and exhausting. My rent kept going up and then the pandemic hit. People have no idea how terrifying it was to be there in the early months of the pandemic. There were dead bodies piled in a trailer down the block from my apartment. I saw people carrying people through the streets, and no one knew what would kill them. It was also very lonely. My dearest friends lived in Boston. So, in the middle of the pandemic, I rented an apartment in Boston, sight unseen. It’s a beautiful apartment, looking out over the Charles River. I couldn’t have afforded anything like this in New York.