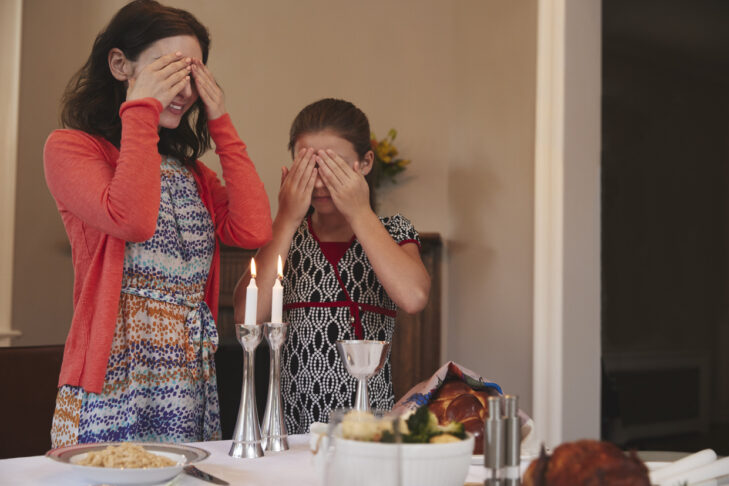 For Jodi Bromberg, CEO of 18Doors, words matter. 18Doors, formerly known as InterfaithFamily, is one of the leading organizations that supports interfaith couples and families with resources, clergy referrals and a presence in 28 locations across the United States. Three of those locations in Boston, Atlanta and Chicago are considered innovation hubs that are staffed. The other locations sponsor programming and workshops.

In a recent conversation with JewishBoston, Bromberg noted that her organization’s name change reflected its mission to “empower people in interfaith relationships—individuals, couples, families and their children—to engage in Jewish life and make Jewish choices and encourage Jewish communities to welcome them.” Bromberg added: “The term ‘interfaith’ did not resonate with some people. Some who only practiced Judaism did not think of themselves as an interfaith family. It seemed silly for us to have a name that didn’t appeal to a significant part of the population we were trying to reach.”

The name “18Doors” resulted from a strategic process and was chosen to evoke the organization’s programmatic work. “The name suggests a sense of Jewishness,” said Bromberg, “but it also reflects the expansiveness in how we see Jewish life. There are many ways to connect with Judaism. Language is so limiting in this case. ‘Interfaith’ functions in what is known as ‘term of art’ in the law [meaning a word or phrase that has special meaning in a particular context]. I was a practicing attorney and there are these legal terms that, when brought up, people know their meaning.”

“Interfaith” may be a term of art, yet Bromberg said the word did not fully connote the tremendous diversity of the interfaith community. For example, she pointed out that some households are exclusively Jewish, others are dual faith or multicultural and some are Jewish adjacent. “There is no such thing as one size fits all,” said Bromberg, “and that’s true of language.” 18Doors, she observed, reflects her community’s diversity, and the very Jewish number 18, which spells out the word “life” in Hebrew numerology, is a strong reference to Judaism. 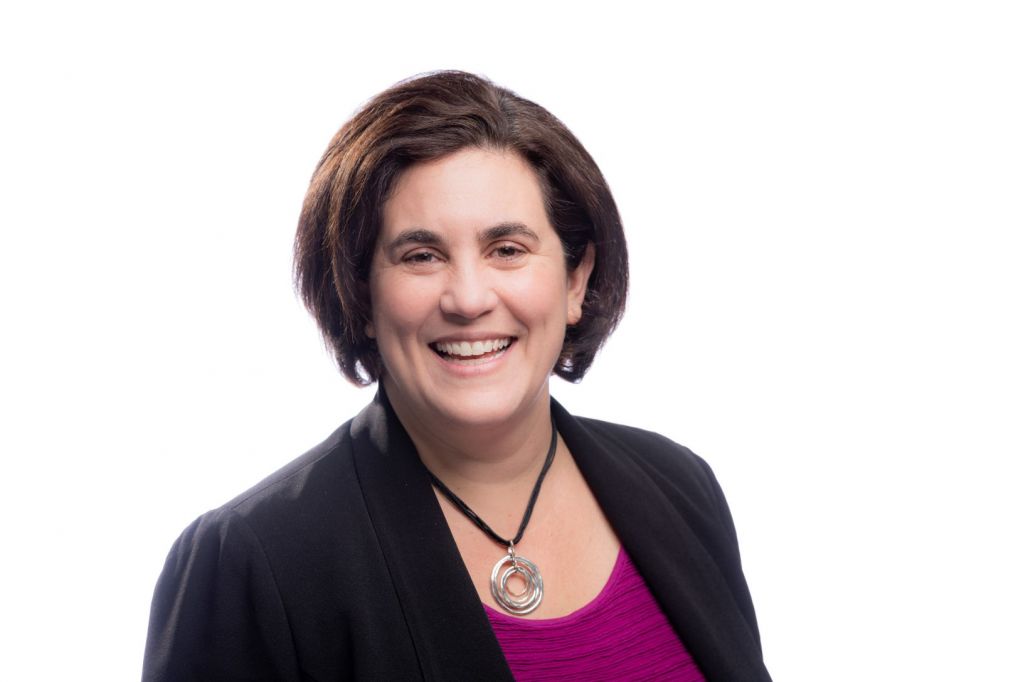 Bromberg said 18Doors is a resource for all families who claim the interfaith mantle. It is a spectrum that includes raising and educating children in two faith traditions. The latter is a turn in the evolution of the organization. “We think of ourselves as an entry point into Jewish life,” she said. “We think Judaism and Jewish life and community have so much value to offer that we want to ensure that interfaith couples and families can access them. We want to be a connection for them to figure out what feels right to them [and] figure out what their home looks like. We’re here to help them think about what a Passover seder will look like for them.”

Bromberg also hopes to foster and support conversations around the impact of antisemitism on a Jewish partner. “Part of what we do is to hold space for [interfaith] couples to have those conversations,” she said. “We also offer opportunities to get to know other couples and families like them who may be experiencing some of the same issues.”

Bromberg explained there are flashpoints during the year when “the saliency of the identity of being part of an interfaith family comes to the forefront.” Among them is decision-making around weddings, home life, raising children and lifecycle events. Additionally, Jewish and Christian holidays that are close together, such as Hanukkah and Christmas and Passover and Easter, come with a particular set of expectations.

18Doors cultivates resources that address these expectations. Additionally, the sponsorship of the Rukin Rabbinic Fellowship is a significant extension of the organization’s mission. Thus far, the highly competitive two-year fellowship has included three cohorts, the first of which is about to graduate. Now in its third year, the fellowship has gathered 41 rabbis from the United States and Canada who are active fellows. There are Boston-area participants in each of the cohorts.

The latest cohort of Rukin Fellows is made up of rabbis from various branches of Judaism. Fellows will have the support and tools to offer interfaith-based programming in their communities and workshops for interfaith couples and young families. The intent is to enable Rukin Fellows to deepen their practices of working within their local interfaith communities. “It’s important for all rabbis to think about and grapple with the boundaries of their denominations, rabbinical associations and personal beliefs in their interfaith work,” Bromberg said. “Another thing for fellows to consider is the evolution around their process and the impact of their rabbinate.”

Bromberg noted that an area of import and growth for 18Doors is the role of grandparents in an interfaith family. “We’ve realized there is a significant opportunity to recognize the importance that grandparents play in everybody’s lives, particularly in those of interfaith couples and families,” she said. “When grandparents and their grandchildren have wonderful experiences, they have a greater connection to Jewish life and traditions. Conversely, when that relationship is difficult and there are struggles, it impacts their relationship to Judaism.” To that end, Bromberg pointed out that 18Doors has begun offering resources and programming for grandparents. It’s an area that she and her team intend to expand upon over the next year.

Looking back, Bromberg said 18Doors has significantly grown since its early days, when interfaith pioneer Ed Case founded its predecessor in 2001. “The policies in many institutions regarding interfaith life have evolved and continue to evolve,” she said. “Many segments of Jewish life and community have embraced the inclusion of interfaith families in Jewish life.”

$13
Top Pick
Edit
Israel in Turmoil: Prospects for the Future