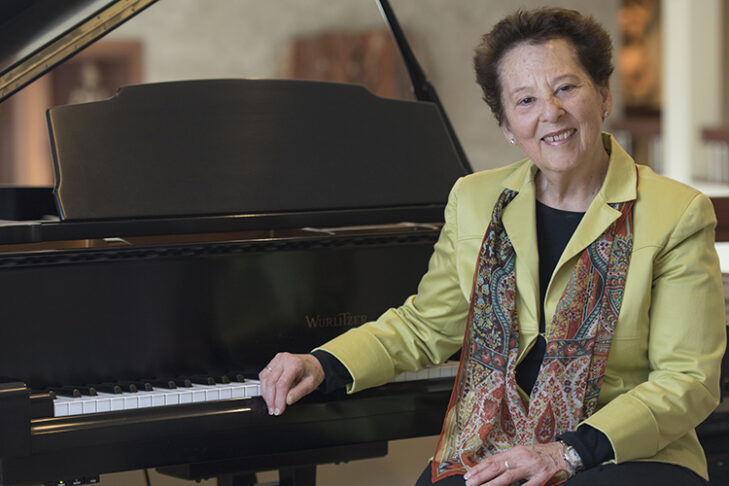 As a teenager in Brookline, Diane Troderman envied the kids who headed to Hebrew College after school to attend Prozdor, the local Jewish high school. So Troderman, a former director and current trustee of the Harold Grinspoon Foundation, which she founded with her husband in 1992, has spent the last 30 years bringing Jewish educational and cultural opportunities to others.

After graduating from Brookline High School, Troderman studied biology at Wheaton College in Norton and went on to become a science teacher at Maimonides and at her alma mater, amongst other places. She enrolled her eldest child, Lorin, at Young Israel preschool in Brookline, where she met other mothers who sparked her interest in Jewish life. She realized she craved a formal Jewish education that she had not been exposed to as a child. As her three children went through Jewish day school, she learned along with them.

“As an adult, I knew the importance of community but came to understand the beauty of ritual and text learning,” she said. “They enriched my life and my family’s life. These women brought me back to their homes, took me under their wings and became my mentors. They encouraged me to learn Hebrew and to learn about the Jewish world.” 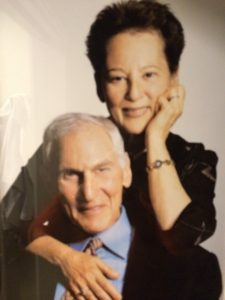 In 1984, a few years after separating from her first husband, Troderman married Harold Grinspoon. Together they formed the Harold Grinspoon Foundation, whose mission was to help create vibrant Jewish life, at first locally and later internationally. The Harold Grinspoon Foundation joined with six other family foundations to form the Jewish Community Development Fund, helping communities, mostly in peripheral towns of the former Soviet Union create programs reviving Jewish life, culture and education. There, Troderman saw the importance of passing on one’s heritage through culture and values, which made a lasting impression and continues to contribute to her work today.

At 50, Troderman decided to return to Jewish learning herself. She saw herself as a “Jewish feminist” and wanted to understand why she hadn’t had opportunities to learn as a child and to become a bat mitzvah. She enrolled in courses at Brandeis, studying contemporary Jewish life with Sylvia Barack Fishman and in the Women’s Studies Program directed by Shula Reinharz. Soon after, she was asked to become the first chair of what would become the Hadassah Brandeis Institute, helping to inspire fresh ways of thinking about Jews and gender worldwide. She still serves on their board. At 60, Troderman became a bat mitzvah.

Over the next 10 years, Troderman got involved in Jewish education as a volunteer and philanthropist, joining the boards of Hebrew College, the Davidson School at the Jewish Theological Seminary, PEJE (Partnership for Excellence in Jewish Day School Education, JESNA (Jewish Educational Service of North America), PELIE (Early Childhood Initiatives Using the Reggio-Emilia Method), Shalom Learning (directed by her son, Joshua), which provides a values curriculum, teacher training and blended learning for grades K-7 in supplementary schools and other centers of Jewish learning. Through the Harold Grinspoon Foundation, Troderman is now focused on the Grinspoon Foundation’s PJ Library Program, which sends hundreds of thousands of free Jewish children’s books to Jewish children throughout the world. Recognizing her longtime dedication to Jewish education, Hebrew College awarded Troderman an honorary degree in 2016.

When Hebrew College President Sharon Cohen Anisfeld asked Troderman to rejoin the Hebrew College Board of Trustees in 2019, she initially resisted, but she was so impressed by Anisfeld’s leadership, the talented board members, Hebrew College’s pluralistic model and its creative student body—including her son Lorin, a student in Hebrew College’s rabbinic program—that she couldn’t pass up the opportunity.

“I was so impressed with Sharon’s brilliant leadership,” said Troderman. “I call her a servant leader because everything she does is in the best interest of the public—I just fell in love with her and her style and felt like I really wanted to be part of the vision Sharon was building.”

This past year, Troderman has devoted even more time to Hebrew College through her work on the Board of Trustees and as a committee member for the Hebrew College Capital Campaign, “Branching Out, Building Together.” She will be honored on May 2 along with other campaign leaders at Hebrew College’s virtual spring event, “What Makes a Community?”

Troderman is thrilled about the potential of the new shared campus in Newton, which she sees as “so different and ground-breaking.” And once again, she has found herself admiring Sharon’s forward-thinking vision for the collaborative.

“Working alongside the fabulous creative members of the Capital Campaign Committee has been a high point for me. We listen and learn from each other, working hard to bring our wonderful donors on this amazing journey,” she said. “Hebrew College will definitely take its rightful place in the annals of Jewish history, modeling a collaborative hub where community is at its very core. I am truly humbled and honored to be part of this experience.”

Join the Hebrew College community on May 2 from 5-5:30 p.m. when we honor Diane Troderman and four other visionary leaders at our virtual spring event. Information and reservations are available here.

Free
Top Pick
Edit
Beyond the Headlines: A Time of Change in Israel