On Saturday, January 29, music lovers are in for a treat. That’s when Galeet Dadrashti and her women’s Middle East music ensemble, Divahn, will be in concert at Temple Aliyah in Needham. Divahn infuses traditional and original Middle Eastern Jewish songs with sophisticated harmonies, entrancing improvisations, and funky arrangements. They have thrilled audiences around the world with their eclectic creativity. Which is fancy music reviewer talk for “they are really, really good.”

Galeet is a third generation Iranian singer. Her dad is a cantor and her grandfather was a well-known pop singer in the times of the Shah. With a doctorate in ethnomusicology, Galeet is the real deal. Passionate and talented, a learned teacher and charismatic performer, she has recently received a commission from the Foundation of Jewish Culture to create a multi-media concert experience based in the Mizrahi traditions of Selichot. (This will be coming to Boston in the fall!) 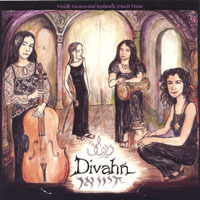 But the real reason I am so excited that Divahn is coming is to resolve a halachic controversy that has been driving me crazy. My buddy Ron is an Iranian Jew who often reads Torah with what he claims is an Iranian trope. ‘Farci, shamarci’ I say! I’m convinced he is just making it up! With Galeet here, we will get an answer at last.

The concert is open to all. Tickets are $20 in advance and are available at http://templealiyah.tix.com. It is sure to be a great evening. And be sure to say hello to Ron who will either be glowing with pride, or, with any luck, embarrassment.