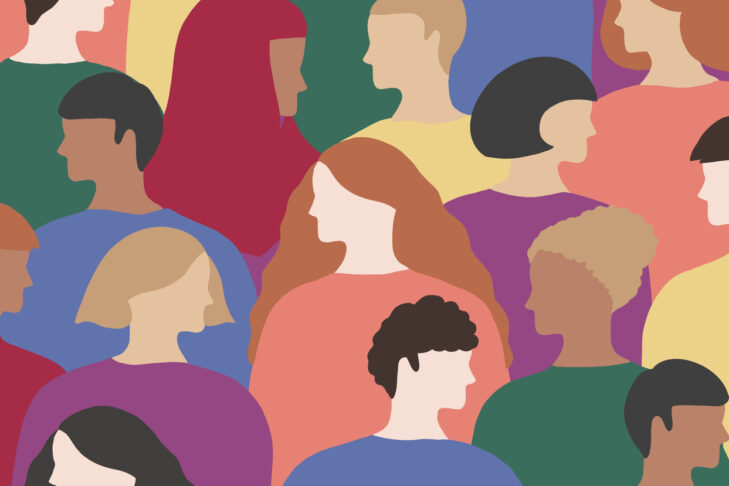 In Naomi Alderman’s science fiction novel “The Power,” the dynamics between genders change when women develop the ability to release potentially deadly electric jolts from their fingers. It also contains one of my favorite quotes about the nature of gender: “Gender is a shell game,” Alderman writes. “What is a man? Whatever a woman isn’t. What is a woman? Whatever a man is not. Tap on it and it’s hollow. Look under the shells; it’s not there.”

To me, there has always been something profoundly terrifying about questioning my own gender. Even when I was figuring out where my sexuality lay, the question of whether or not I was a woman couldn’t cross my mind without inciting a cold sweat. At least with sexuality, I could externalize my attraction, outsourcing my understanding of myself to potential future partners. But gender is entirely personal, and it is everywhere. In the way someone walks, dresses, speaks, carries oneself, gender is the specter behind each action, whispering, “Are you sure you’re doing that right?”

I’ve always had a rather dubious relationship with womanhood, particularly with the more feminine expectations bestowed upon me at birth by our culture. While women certainly have more freedom to pursue their own interests, there is a certain unspoken rule that one day, the tomboy will wake up, shave her legs and marry the right kind of man. Jewish women have often run contrary to traditional femininity, either in our appearance or in behavior, and have been punished for it, but Judaism has its own set of expectations for the ideal wife and mother. As a kid, internalized misogyny dissuaded me from traditionally “girly” pursuits, but even as I learned not to spurn femininity in others, it never felt quite right for me.

But I did try. I grew my hair, learned to apply a cat-eye with eyeliner and wore dresses, though the aesthetics of being a woman hardly make one a woman. Gender is primarily about feeling and identity, about picking the aspects that work for you and leaving those that don’t. I had been so hung up on the rules of what made “a woman” that I couldn’t see the shell game at all.

In college, I finally met people who broke gender norms, who tried on clothes and names and pronouns until they found the perfect ones for them. I learned that there were no rules when it came to gender, that gender non-conformity had a rich history of which I was already a part. Slowly, I picked up my earnings and stepped away from the game.

Being trapped inside for most of the last year, I’ve had a lot of time for self-reflection, which is just as terrifying now as it was when I was younger. But I’ve also discovered an untapped euphoria in wearing men’s clothes, in identifying as butch, in stepping outside the little box I’d built myself and trying on a different gender identity, even if only for a while. Human life passes in phases, and no one is one thing forever. When we explore gender, we get to understand ourselves better, and that helps others understand us as well.