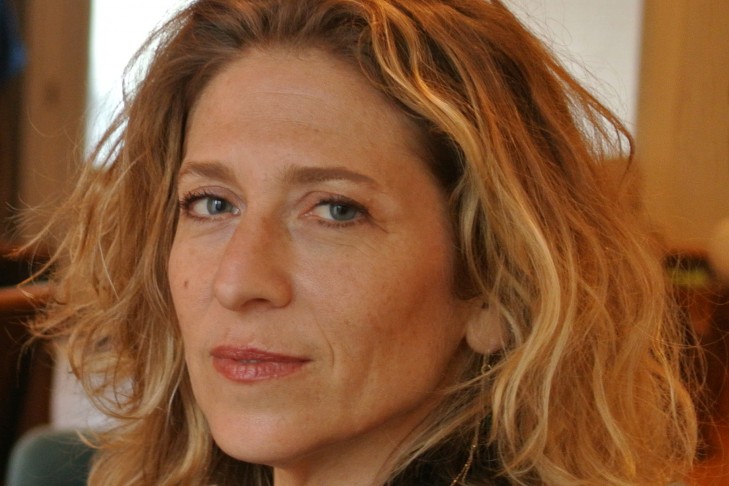 In 2006, an emotional landslide slammed into Minna Zallman Proctor’s life: She was about to give birth to her first child while going through a divorce, her mother was losing her 15-year battle with cancer and, as if that wasn’t enough, Proctor had a complex relationship with the man for whom she would eventually leave her husband. These are the bare-bone facts of “Landslide: True Stories,” a work of linked personal essays in which Proctor excavates meaning from her complicated relationship with her mother and her own intricate spiritual life.

For Proctor, the daughter of a devout Episcopalian father and lapsed Jewish mother, these essays are at once elegiac and hopeful. She plumbs meaning from her relationships with her parents and her yearning for the intact family she, a child of divorce, never had. In one of these memorable essays, she’s determined to give her mother a Jewish burial. In another, she continues to explore her father’s piousness, which was the subject of her first book, “Do You Hear What I Hear? Religious Calling, the Priesthood, and My Father.” Proctor recently spoke with JewishBoston about her work, her Judaism and her late mother.

I read that the title of your book referenced “Landslide” by Fleetwood Mac. How did you make that title your own?

It did refer to the Fleetwood Mac song initially, but then became much more than that. When I started thinking about the book, I was listening to “Landslide” on repeat. I thought it was a good working title and even thought of using the lyrics as an epigram. As I moved toward the end of the book, I realized it was going to end in the graveyard and thought about how everything was sliding out from under me. The metaphors piled up and it became hard to let go of them. But the book moves beyond the song.

You describe yourself as a private person. What was it like to write and publish these highly personal essays?

While I insist that I’m private, I do make a distinction for myself. When I was writing my first book about my father, I spent a lot of time thinking: “Who cares what I think? Who cares what I’ve done? I’m just a regular person. What makes this interesting to anybody?” I thought about the difference between writing about oneself and absorption, as well as the difference between writing about oneself and emotional exhibitionism. I also started thinking about the issue in terms of personal experiences and the way they are used to connect with other people.

What role does Judaism play in your life?

I’m in a very investigative place in my Judaism. I still have trouble figuring out where to go for the Jewish holidays. I think of “Landslide” as a book about religion and my spirituality, but not in the most obvious way. I’m a spiritual person, but I felt a little knocked around by the Jewish community at the time of my mother’s death and my divorce. I haven’t quite gotten up from that and am reluctant to join a formal community; I don’t belong to a synagogue, but there are Jewish groups I’m a part of. My Jewish life is primarily intellectual and essentially secular. I once read an interview with the theologian Karen Armstrong, a former nun, about how she prayed since she left the church a long time ago and doesn’t practice. Her answer was that she prayed by studying, researching and writing. That’s my form of prayer too. 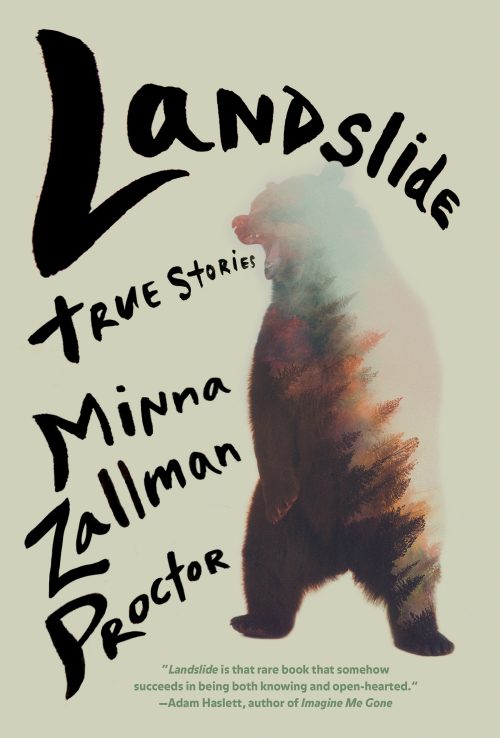 Why was it important to you that your mother had a Jewish burial?

It was important to me and important to her. She had led a largely secular life, but made a couple of attempts at trying to understand why a Jewish burial was important to her. It was finally the hospice rabbi who best heard her questions and understood what she was trying to ask about a Jewish burial. My mother didn’t know what the rituals were or what things stood for, nor what would happen or what it might mean. She did not talk about burial until we got close to the end. We hadn’t planned ahead, and that was hard because Jewish funerals have to happen quickly. There was no room for exploring or finding a Jewish community.

My sister loved the idea of a natural burial—to get put directly in the woods and become part of the earth again. That notion was in keeping with my mother’s wishes—this idea of becoming part of the earth again. But a part of her liked formal beauty and so we ended up doing both of those things. The cemetery where she is buried has a section that is wild and beautiful like a forest. It’s a non-sectarian cemetery, but we had a Jewish ceremony and service.

How does your father’s Episcopalian faith affect you?

To learn that I knew so little about my father and what he holds dear was a real awakening. It was one of those moments when I started looking beyond myself and understanding the people around me. I learned a lot about the intimacy of spirituality too and how profoundly people feel. Writing “Do You Hear What I Hear?” was an amazing learning process during which I grew closer to my father as an adult. I learned about him anew and it shifted our relationship in a completely different way. It was a revelation.

Are there particular topics you feel you’d like to further explore?

I remain interested in this idea of conflict resolution and the ways it plays out through different narratives. I’m also interested in the different manners you tell a story and the ways it changes how you feel about it. Part of conflict resolution is shifting language around or shifting the narrative around. That kind of approach with some of the feelings that were crushing me shifted the narrative and lifted them off of me. Storytelling is a way of resolving what seems like impossible conflicts and situations.

Will you continue to write memoir?

I wrote this book about my mother. It is for her and about her. That may not be a theme I continue. I don’t plan on writing about my son and daughter, but they may come up. At the moment my mother and my children are not part of my new projects, a research-heavy biography and a novel.