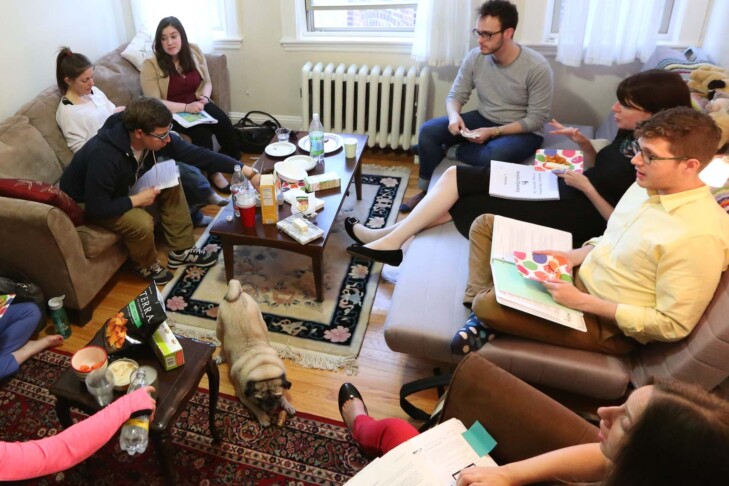 Open a Jewish encyclopedia and look up the phrase “unaffiliated Jew,” and I’m almost positive that some versions have my photograph printed alongside the entry.

I never felt like I was part of the local Jewish community. No matter what organization, group or synagogue I reached out to or visited in the hopes of getting involved, it was as if I had a scarlet letter imprinted on my forehead, a warning to other Jews that I was different. I learned to expect the judgmental looks I got when sharing that I grew up in the city, and that I had a different Jewish experience with Hebrew school and a bar mitzvah than my peers from the suburbs. I always had to be prepared to answer heated questions about my perceived level of Jewishness, that my responses would prove my worth to the community. And as I grew older, I had to tolerate comments about being gay, that it was “such a waste” that I would never produce Jewish children, and in some cases the shame I’ve brought to my family for marrying a non-Jewish man. More often than not, it felt abundantly clear to me that I did not belong.

I was introduced to Hebrew College’s Eser program four years ago by a close friend. She saw something in me that I did not—a young professional who felt abandoned by the Jewish community and had a desire to be a part of it. She never hesitated to indulge me with tidbits from the classes she attended, regaling me with passionate discussions on topics she knew impacted my daily life. I’m not sure when I finally acquiesced, but after months of, “I think you’d really love Eser,” and, “You really should try it,” I finally did. And she definitely knew something that I did not. For the first time in years, I felt that my voice mattered and that I was a member of a small Jewish community of my own.

The feeling of inclusion was only one of many reasons I loved my first Eser class and continue to stay involved. The topics we have covered and the people I have met over the past five years continue to make a positive impact on me. And I’ve even hosted Eser events at my house!

It’s a breath of fresh air to discuss texts about subjects like intermarriage, religious observance and Israel without discomfort, judgment or guilt. Plus, no matter the topic, I get so invested in the discussion that I immediately call my mother on the way home to share what we learned, followed by another 20 minutes telling my husband all about what we studied as soon as I walk in the door. I can’t remember a time before starting Eser when Judaism or Jewish culture felt so exhilarating.

Eser created the Jewish community I’ve always wanted to be part of, where my personal life does not dictate what kind of Jew I should be. I get to ask questions, share stories about my Jewish upbringing and discuss my life in an interfaith family, all without apprehension or regret. Unlike the very few experiences and events I’ve attended in the Jewish community in the last few years, I never feel out of place or sense that I need to justify why I’m part of Eser. Even if other Jews may never accept me as one of their own, at the very least I have my Eser group.

And what if Eser had its own encyclopedia? I’m more than confident that my photograph, alongside my Eser group mates, would be listed under the term “Jewish community.” It’s where I belong to something greater. It’s a community that sees me as I am, rather than what I’m expected to be. 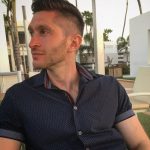 Jake Sugerman is a native of the Boston area and lives with his husband, Alex, and his cats, Salem and Gatsby. A former teacher and journalist, he currently manages the job training programs for homeless individuals at Pine Street Inn. In addition to being an avid runner and fitness enthusiast, Jake loves to travel, eat pastries, shop and read bestsellers on the beach.