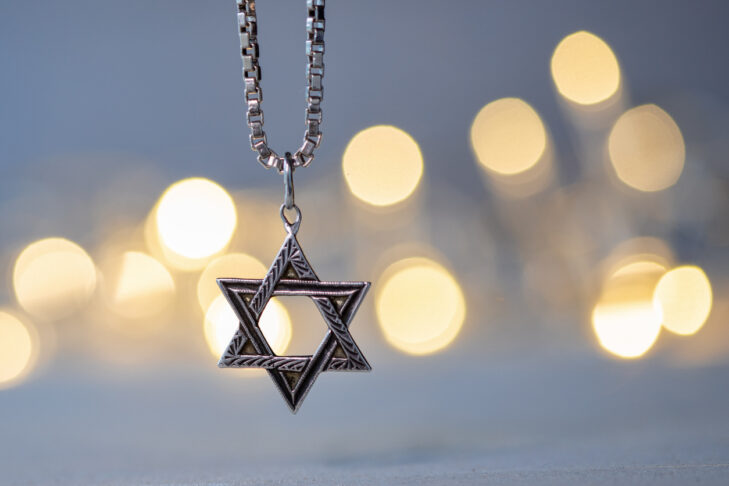 Like countless other Jewish professionals, I have been involved in intense discussions about antisemitism in the wake of recent insensitive, problematic, and damaging statements by various popular cultural figures.

In fact, sandwiched between the (Kan)Ye West and Kyrie Irving incidents and Dave Chappell’s “Saturday Night Live” monologue—each of which requires a nuanced response—I was asked to speak about engaging children and youth on the topic for Radio Boston (WBUR), with my colleague Rabbi Suzie Jacobson, associate rabbi and education director at Temple Israel of Boston.

In this wide-ranging discussion, we addressed several interrelated issues, including the need to engage young people in nuanced (age-appropriate) conversations about the dangers of hate and bigotry, the power of allyship across religious and cultural communities, and the resiliency of the Jewish people—past and present.

As we wound our way through this challenging dialogue, Rabbi Jacobson helped us address a crucial point about Jewish resilience, sometimes unexpressed in the heat of discussions about antisemitism: One of the “secrets” of our people’s survival has been a shared determination to live rich, imaginative, and joyous Jewish lives. Otherwise, why fight so hard to preserve Judaism as a distinctive life path?

As the great theologian and activist, Rabbi Abraham Joshua Heschel (1907-1972) argued on more than one occasion, if a religion becomes an “heirloom” and is not a “living fountain,” it soon becomes “irrelevant, dull, oppressive, insipid” (I Asked for Wonder, pp. 62-63). As Heschel also taught, our task as Jews is to serve as both inheritors and innovators—to take hold of Torah and engage it creatively, as faithful interpreters have done for generations.

In this context, a homiletical teaching from one of Heschel’s famed Hasidic forebears, Rabbi Levi Yitzhak of Berditchev (1740-1809), comes to mind. Commenting on the relationship of the wilderness Tabernacle and the Jerusalem Temple—the two great sanctuaries described in the Hebrew Bible (see Kedushat Levi, Terumah)—this mystical preacher states that while the two houses of worship and assembly were inherently connected, each was also distinct based on the particular needs of the nation at different stages of development. The Tabernacle was fashioned as a lightweight, portable structure for a time of wandering, while the Temple was designed as a fixed, elaborate edifice for a period of settlement.

The Berditchever (as he is affectionately called by followers and admirers) goes on to say that this should serve as a reminder of the need for renewal in every age. In staking his claim, this spiritual revivalist boldly describes this undertaking as the harnessing of the “holy spirit.” In other words, God calls on us to refashion our sacred communal structures—physical, spiritual, educational, artistic, etc.—in dialogue with past voices and in relation to present needs. In so doing, we follow in the footsteps of such visionary figures as Moses and Solomon, who oversaw the construction of the Tabernacle and Temple respectively.

Like the above teachings, the holidays of Thanksgiving and Hanukkah each provide distinct opportunities for reflection on contemporary Jewish American identity. Both have complicated histories and invite careful consideration of matters of identity, diversity, and dignity. How might we participate in instituting the necessary reforms to allow for maximal human flourishing—both in our commonality and in our specificity. How can we attend to persistent and toxic legacies of bigotry and encourage one another to live with greater pride and joy?

Returning to the Berditchever’s teaching about the Tabernacle and Temple, it is important to remember the holiday of Hannukah is literally a celebration of “rededication”; it marks the restoration of the Temple in Jerusalem and the rekindling of the lights of the menorah. How might we use this imagery constructively today?

In response to the latest spate of antisemitic remarks and the broader uptick of hate acts directed at Jews in recent times, we must redouble our efforts at combatting this (and other forms of) prejudice with willing allies from different walks of life. We must also recommit ourselves to engaging passionately in Jewish creative endeavors—Torah study, prayer, meditation, dance, visual art, etc. Further, in discussing with youth the challenges and opportunities of contemporary Jewish life, we have a responsibility to share with them what we consider to be beautiful and precious about our heritage, inviting them to participate actively in the ongoing process of spiritual and cultural renewal.

In the waning moments of Heschel’s final TV interview (conducted shortly before his death in 1972), the journalist Carl Stern invited the rabbi to address the youth of the age—a request Heschel made before the two men began their on-air exchange. In his brief closing comments, Heschel implored young people to build their lives as if they were works of “art” (Moral Grandeur and Spiritual Audacity, p. 412). For Heschel this included protest and celebration—it included the observance of the Sabbath and marching for African American Civil Rights; the writing of Yiddish poetry and fighting for the religious freedom of the Jews in the former Soviet Union.

A refuge from Nazi Europe, who escaped Warsaw just six weeks before the German bombardment of Poland, Heschel described himself as a “brand” plucked from the fires of barbarism (Ibid., p. viii). And yet, he also regularly spoke of the daily rising and setting of the sun as wondrous events worthy of prayerful attention (Ibid., pp. 130-131).

As we attempt to respond to the current surge of antisemitism, let us follow in the footsteps of Heschel and other brave and inspired figured, working to extinguish the scorching flames of hatred and increase the radiant light of Jewish wisdom and innovation.

This brief essay is dedicated to the memory of Rabbi Abraham Joshua Heschel, who passed away on December 23, 1972 (Tevet 18, 5733). As we prepare to mark the 50th anniversary of the death of this great spiritual and ethical master, I pray that his life serves to help inspire a new generation of seekers and doers to fashion a more just compassionate, and sustainable world. 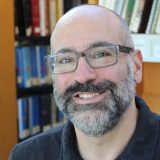 Rabbi Or Rose
Rabbi Or Rose is the founding director of the Betty Ann Miller Center for Interreligious Learning & Leadership of Hebrew College. His most recent publication is “Rabbi Zalman Schachter-Shalomi: Essential Teachings” (Orbis Books).