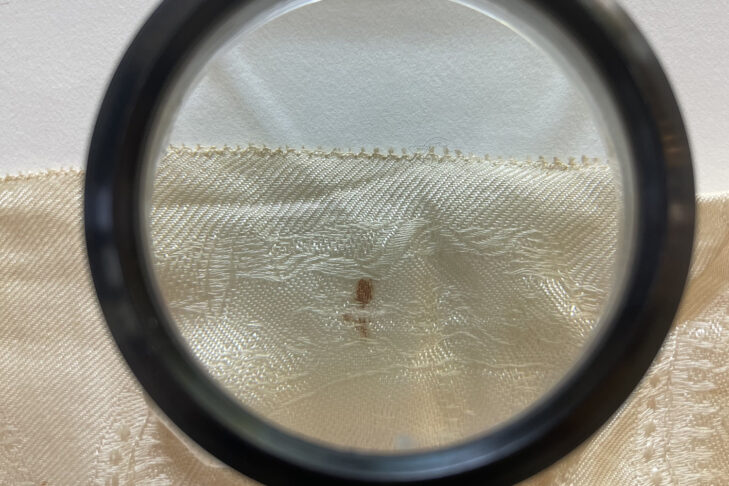 As my family celebrates Passover this year, the story of the Exodus has had special resonance, especially as a Community Creative Fellow. I have spent much of my time researching and making art about my maternal family’s own “exodus” from Poland to Mexico. In an earlier blog I wrote, I reflected on their migration, imagining what they must have experienced as they traveled to an unknown destination and learned about a new culture, language and food.

In this creative journey I have been thinking about food in relation to them. I have come to learn more about my grandparents’ first encounters with Mexican food. When they first arrived to Mexico, specifically the port of Veracruz, they first saw strange-looking vegetables and fruits sold on the streets, as well as round, yellow pancakes, which they later learned were corn tortillas. They were equally baffled by food made by street vendors that looked like folded, fried blintzes. These were actually tacos and quesadillas, which they grew to love and include in their daily meals.

In her early days in México, my Bobe learned to cook Mexican food from her neighbors in the vecindad, a building containing many housing sub-units, or rooms, around a central patio. Their vecindad was located in the Colonia Guerrero, one of the poorest and most dangerous neighborhoods in Mexico City. At that time my grandfather was working at a shoe factory. He found it easier to walk there than to follow the instructions for public transportation in his early days with Spanish, even though the walk took close to four hours each way.

In one of his treks to work, which took him through the open fields that still existed back then, he saw a farmer slice up prickly knobs and leaves from cactus shrubs. He learned from this man that they were tunas and nopales (prickly pears and cactus), that they were edible and that there were limitless ways of cooking them. The next day my grandfather took a sack and collected several of them, bringing them back to the vecindad. Dismayed by the thorns and the dirt in them, my Bobe did not know what to do with them, so Zeide asked a trusted neighbor for a cooking lesson. He also distributed the remaining nopales among the neighbors, who cooked them and shared samples and recipes with my Bobe.

With time, my Bobe became legendary for her cooking, for her sazón (seasoning) and for her syncretism of her Polish Jewish food and Mexican food. For Passover she would make from scratch gefilte fish a la veracruzana, where she would bathe the fish in a tomato, chile and olive sauce. In honor of my grandmother, I make her gefilte fish a la veracruzana every Passover. It doesn’t matter that I dislike gefilte fish with a passion. I still make it because, frankly, it tastes much better disguised in the spicy tomato salsa. But more than anything else, I make it because it is a ritual that connects me to my Bobe, that lets me see her in her kitchen, that reminds me of the smells of her home.

Bobe would also cook a wide array of Polish Jewish dishes with chiles for the holidays, and she would spread throughout her table several saucers with mole (a chocolate-based spicy sauce), as well as a variety of salsas—salsa roja, salsa ranchera, salsa verde—and chiles en vinagre (pickled chiles) to spice up the Jewish dishes. Most recently, as I was photographing my Zeide’s talit for an art piece I’m making, I discovered it had small mole stains on it. Here I was in the process of documenting a sacred religious object, and here it was stained by this quintessential Mexican sauce. I couldn’t help but laugh at this juxtaposition between the sacred and the mundane, the Jewish and the Mexican. I called my mom to ask her if my Zeide liked mole, and she said it was one of his favorite foods. He must have liked it so much so that he, a fastidiously neat man, didn’t even take off his talit before diving into it!

As Passover reminds us, food serves as symbols connecting the past with the present. Food carries memory. And as my grandparent’s story reminds me, food is the thread our ancestors brought with them, connecting us to the places and traditions they left behind, and the thread they created as they embraced new traditions and cultures. 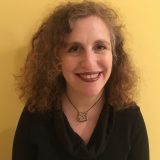