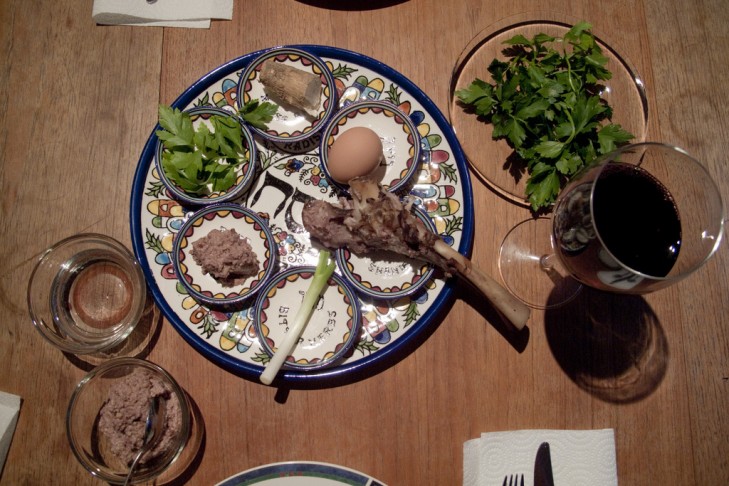 The countdown clock is on—less than three weeks until Passover. And to help you out with the preparations, here’s perhaps the proverbial cherry on top of your kosher-for-Passover sundae—the sixth annual edition of “Four More Questions: All About Israel.” Chag sameach!

Recent weeks have seen an uptick in Israeli airstrikes in Syria aimed at keeping Hezbollah and Iran from gaining a foothold in the Golan- three separate strikes over three days, plus an incident when anti-aircraft missiles from Syria were fired towards Israeli jets. Israel’s fiery rhetoric about preventing arms transfers to Hezbollah and to destroying Syrian air 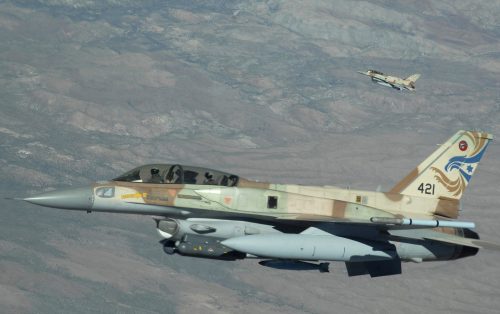 defense systems that target Israeli warplanes is getting a little too hot for Russia, though, whose stake in the ground on the side of the murderous Assad regime has been well-documented. Israel’s ambassador to Russia was summoned to give an accounting of Israel’s actions and if rumors are to be believed, to be warned about further incursions. Will the coming year see a continuation of the uneasy status quo between Israel, Russia, Syria, and Hezbollah, or will the situation worsen?

A dispute over a new broadcast network in Israel has plunged the governing coalition into a crisis and observers are musing about the potential collapse of the government and new elections. Cynics view this scenario as not only a possible, but a likely card to be played by the Prime Minister, as it would draw attention away from the police inquiries into allegations of his corruption. Others think it’s a tempest in a teapot, and the government will stay together. New elections would offer the Israeli electorate an alternative to Netanyahu, but given the perceived weakness of the opposition, the international political tack to the right, and Bibi’s knack for rallying Likud support at the 11th hour, some suspect that new elections would change very little. If the past year has demonstrated anything in the realm of politics, it’s that no one is any good at making predictions, so I’ll just wonder out loud—will we see new Knesset elections this year? I’d say yes, but it’s a soft yes. 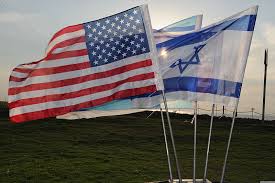 The Embassy Elephant In The Room

Well, Bibi got what he wanted- President Trump. I was there last year in Washington when the Donald vowed to move the US embassy to Jerusalem (see: “We will move the American embassy to the eternal capital of the Jewish people, Jerusalem”) and I read the news post-election when that talking point really picked up steam. And now- he’s hedging. Bigly. With the not-at-all-veiled threats of a Third Intifada now fully on the table should the embassy be moved and the promises made to Trump’s right-wing base now fully at odds, the big question remains—will Trump honor his campaign pledge and move the embassy, or won’t he? If past behavior is any predictor of future action, then…nah…forget it. I won’t even guess what might happen with this one.

After two years of crushing near-misses, Brighton and Hove Albion, the League Championship side that features Israeli footballers Tomer Hemed and Beram Kayal, are eight games away from a top-two league finish and automatic promotion to the Premier League for 2017-18. After spending most of the season comfortably ensconced in first or second place, it’s 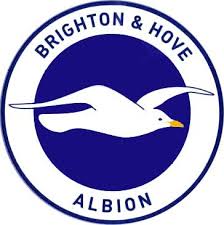 getting a little edgy as they now sit one point back of first-place Newcastle and six points up on third-place Huddersfield (although they have played one fewer game) with eight matches left. No self-respecting Seagulls fan wants them to fall into the play-off for the final promotion spot, as anything can happen there, so we are all wondering—will Albion sail into the EPL with top-two finish? Please, yes. Just keep winning.