Is there a more American sport than baseball? Is there a more Jewish sport than baseball? Hear me out! Larry Ruttman’s new book, “American Jews and America’s Game,” features 50 interviews, from Sandy Koufax to Bud Selig to Alan Dershowitz, discussing the role of the Chosen People in America’s pastime. I chatted with Ruttman about his new book and the most important Jew in the history of the game (the answer might surprise you!).

Want to hear more? Ruttman will be joined by Dr. Charles Steinberg, executive vice president and senior adviser to the president and CEO of the Boston Red Sox, at Congregation Kehillath Israel on Sunday, June 23, at an event titled “Baseball: Is It Good for the Jews? An Afternoon of Discussion, Hot Dogs, Soda and Beer.” 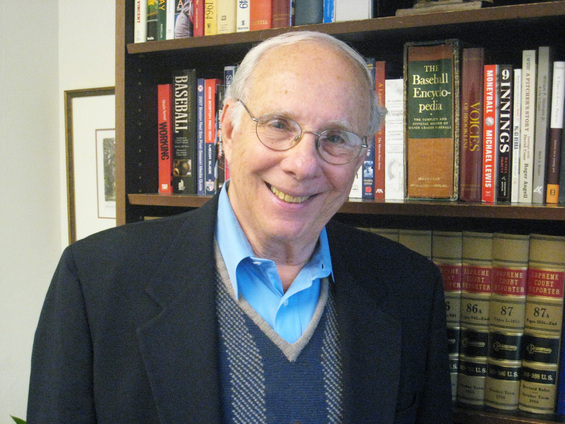 Your new book features 50 interviews. Which Jew, player or management do you think has meant the most to the entire sport?

The game-changer was Marvin Miller, who was the executive director of the Major League Baseball Players Association from 1966 to 1982. As the seminal sportscaster Red Barber said, “Marvin Miller, along with Babe Ruth and Jackie Robinson, is one of the two or three most important men in baseball history.”

Marvin was a labor economist who helped the players decimate the reserve clause, which tied them to one team, and brought in free agency under which the players could bargain for their services on a level playing field as is customary in a capitalistic society. This caused the owners to treat their teams as businesses, rather than hobbies or toys. Through Miller’s actions, the game is now measured in billions of dollars, instead of millions, and both management and players are far more financially favored.

Marvin Miller was a courageous and giving human being, an inspiring friend to me, and an exceptional American who practiced truly Jewish values. There is no question his position in the history of baseball is primary. 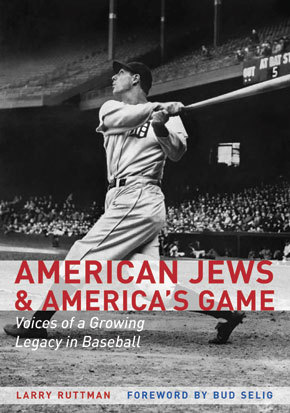 The talk you are giving on June 23 is titled “Is Baseball Good for the Jews?” To me that implies that perhaps it’s not all inspirational sports stories. What’s an example of the darker side of the relationship between baseball and American Jewry?

Well, we really have to look back to when Jews started coming to this country. And I don’t mean the German “Our Crowd” Jews, but the ones at the turn of the 20th century, the shtetl Jews from Eastern Europe. Immigrant parents were wondering what their children were doing outside playing baseball, rather than inside studying Talmud. The renowned editor of the Jewish Daily Forward, Abraham Cahan, said to his concerned readers and parents: “Let them play; baseball is their entrance to America.”

The problem some see is that anything that draws Jews away from Jewish communal life into the mainstream of American society seems to threaten future American Jewish viability because of factors like assimilation and intermarriage. I see Judaism as being as much an ethnicity as a religion. To a greater or lesser extent, Jews identify with either or both despite the pull of America.

I don’t see the relationship between Jews and baseball—and America –as being a death knell for Judaism. We’ve been around for 3,000 years. We’ll be around for a long while more.

This book was inspired by interviewee great Studs Terkel. He began interviewing in the 1950s and continued to interview well into his 90s. Today, in 2013, how has technology changed the way we now conduct interviews, and are we missing something for the sake of convenience?

Technology has changed a lot. Studs had to start out with a wire recorder, and sometimes his recorder failed and he lost some of the information. Now we have digital voice recorders that fit into the palm of your hand and have a 30-hour or so capacity. So modern technology makes the gathering of oral history much simpler. I can even do it on my iPhone 5. With a smart phone, I can record, photograph and even make a video.

But like anything else in life, some folks are better at it than others. Technology does not make the man or woman. There are elements of preparation, confidence and winning the interviewee’s confidence required for a good interview. Studs was the master. He was able to do that.

In my case, I follow his lead with this difference. I inject myself into the interview to bring it to life as a real-time conversation. This also allows me to enter into the third person if I want to inject factual material or say things about the interviewee he or she can’t say for themselves.

History has always been written in terms of kings, queens, generals and statesmen. But with our modern technologies, 300 years from now, people will hear what ordinary people today said about the world they lived in, and the famous people and events in it. That’s new! That’s big! Oral history is a fast-growing genre.

So no, we’re not missing anything; we’re gathering a lot more. The past is prologue. The more we know the better off we are. That technology has facilitated my presentation of this book, which is a cultural study answering anecdotally many questions Americans have about Jews in America over the last hundred years to this very moment, against the backdrop of baseball.

Finally, how do you think the Red Sox look this year?

They look great! Last year they were dysfunctional. The manager, Bobby Valentine, couldn’t communicate with his players. There’s a real espirit de corps. They have good leaders in people like Dustin Pedroia and David Ortiz. Plus they did that salary dump last year, getting rid of overpaid players not contributing enough. Now they have signed several relatively inexpensive, perhaps unspectacular, but talented and workmanlike players, and the team has melded into a unit. I see passionate playing, with quality performances across the board. General manager Ben Cherington and field manager John Farrell are to be congratulated on this turnaround. They’ve got a good team. I think they will do well all season!