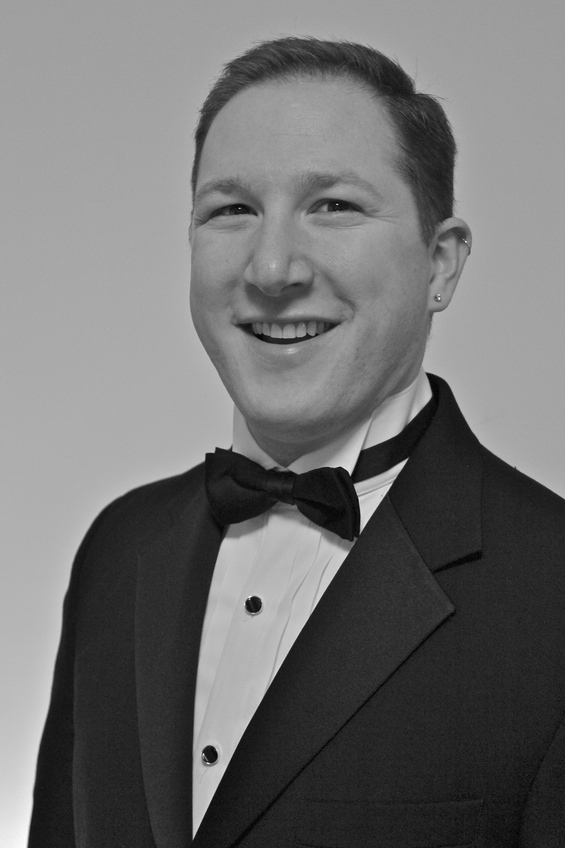 While setting Holocaust stories to music sounds like a punchline, when the Boston Gay Men’s Chorus teamed up with the Seattle Men’s Chorus to commission composer Jake Heggie to write a new piece, they were serious. The result is For a Look or a Touch, the centerpiece of the chorus’s Spring Concert, and it’s being staged by J. Jacob Krause. In addition to being a member of the chorus, Jacob is an active member of both the Boston arts community and the Jewish community. In anticipation of the concert (coming up on March 24 and 25), I asked Jacob to reflect on puttnig the Holocaust on stage and more.
Has working on For a Look or a Touch been more difficult for you, emotionally, than other shows you’ve been a part of?
This is by far the most emotional piece I have worked on. I have learned about the Holocaust from the beginning of my Jewish schooling. I knew about the atrocities in the camps that affected not only Jews, but other types of people. Everything I learned always focused on people from my faith.
For a Look or a Touch really opened my eyes to the full impact of the Holocaust. Not only am I connected through Judaism and family ties, but through those who wore the Pink Triangle and suffered at the hand of the Nazis. The experience has put it all in perspective for me. It’s given me the chance to really explore my feelings and imagine what it would be like to have lived then.
So much has changed since World War II, but there is still so much further we can go. Just last week there was an article online about a young gay boy who was beaten and  left for dead in Chile with a swastika drawn on his chest. It’s stories like that which make it clear a piece like this needs to be seen and heard. All the stories of the Holocaust need to be retold to keep it all from happening again. I am proud to say that I have a roll in bringing one of the untold stories out. It’s powerful message is one that everyone needs to hear. Love survives and heals all if you let it.
You’re an active member of Keshet and actually met your partner at a High Holiday Service. Is it the Jewish community, or Boston’s Jewish community in particular, that has created such a welcoming environment?
When I first moved to Boston close to 9 year ago, I had no idea what to do or where to go to become a part of the Jewish community. My first thought was to search online for a gay jewish community and I found Am Tikva. That congregation was the starting place for me. It gave me what I needed at first, but I found myself wanting more, wanting to find a community I could connect with beyond a congregational setting. I wanted a social scene and a way to connect with more people. That’s when I found Keshet.
With a great message and a wonderful set of team members in their office, I felt I belonged somewhere. I got invites to their events, learned of all their outreach and found all their programs were doing so much good for the Jewish community. They really have created a welcoming Jewish space that I and so many others feel comfortable in… And of course, it’s because of them that I met Steven Davis, my partner and best friend… So, no matter what, my first call to Keshet will always feel like the best thing I ever did.

You helped co-found and served as the stage director and designer for OperaHub, which closed in 2009. Just this past December, Opera Boston announced it, too, was closing. People think of Boston as a cultural hub. Why do you think the city can’t sustain more than one opera company?

First, I want you to know that OperaHub is still around! I am not a leading member of the group at this point, but they are still working towards the same goal we had when it was founded in 2007. Opera Boston’s closing was an incredibly sad time for the singing community. I know so many people who were affected by it, and my heart goes out to all of them. For Boston, and the United States in general, the stereotype of opera is what defeats everyone’s efforts. I speak to people everyday who think opera is a high-brow and boring art form that has no relevance to today’s world. In some ways I agree, but I know things can be different. The operatic world needs to evolve and come to the people. Lower ticket prices, interesting and different venues, creating a fun youthful environment… these are all things that could change it all and bring opera back from the dead. I wholeheartedly believe Boston can be a Hub for opera again, it just has to entice the audience.

You’re a skilled trumpeter. Have you ever had the occasion to play “Taps?”
How on earth did you find that out?! Ha! I definitely play trumpet and piano as well, though mostly for my cat at this point. Back when I was performing I did lots of things like that… I played “Taps” for Boy Scout events, at summer camp at lights out, at state fairs… It was always an experience 🙂 I’ve even played it on a flugelhorn!

Has this interview left you with a song in your head? Buy tickets to the Boston Gay Men’s Chorus show Love’s Voice, featuring Jake Heggie’s Holocaust piece For a Look or a Touch, or explore all the music events happening in our community.