Close
Don’t miss another chance for fun!
Get the best Jewish events for children, teens and families delivered to your inbox every Wednesday with JewishBoston Plus Kids.
By signing up, you agree to our Terms of Use and Privacy Policy.
Careers & Networking
View all

From Major League to Moneyball, everyone loves a good baseball underdog story. But what’s it like to actually live one? Joshua Berkowitz, a Newton doctor and doting father, found himself coaching the day-school version of the Bad News Bears in a tournament in Cooperstown, N.Y. Let’s just say things didn’t turn out the way they do in the movies. He’s written about the experience in his new memoir, Third Base for Life, which is being published by Vantage Point on March 1. I asked Josh how he found himself in this predicament and about the great American pastime. 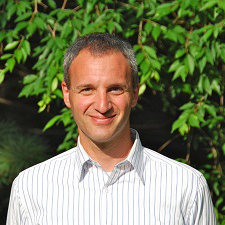 How did your son convince you to coach this team?

My son Gabriel heard about Cooperstown Dreams Park from his older cousins who live in Florida. They all played there and spoke glowingly of the experience. Gabe wanted desperately to follow in their footsteps. Needless to say Gabe’s cousins played on an all-star team from the Florida Panhandle – a far cry from any squad I could put together from a small Jewish day school in Massachusetts. But Gabe is the very definition of a gutte neshama (a “good soul”). He has a heart of gold. Gabe rarely asks for anything, and when he does it’s hard to say no. That being said, my fear of taking a Jewish day school team to one of the country’s elite youth baseball tournaments almost got the better of me. In the end I agreed. Of course as with most things that happen under my roof, my wife had a say in the matter as well.

How did your team get to Cooperstown? Did you have to play your way in?

That’s a great question and still a mystery to me. The best youth baseball teams in the nation play at Dreams Park, and usually it is the same ones year after year. In fact, they have hundreds of teams on their waiting list. Every summer however, a few new ones are accepted. CDP has no specific entrance requirements for their teams although I suspect they assume that anyone willing to make the commitment to play there is pretty good. We attached a letter to our application telling the decision makers at Cooperstown Dreams Park that we were hoping to be the first all-Jewish team to play there. To this day I have no idea whether or not that letter played a role. Maybe it was divine intervention, or perhaps we were just lucky. Personally I think they were looking to diversify.

Based on what you went through with the kids, do you think sports builds character or is it just hard on the little guys?

I could spend hours on this one. The short answer is – both. When you find yourself completely and utterly overmatched like we did, it can be scary. There were many times during the week in Cooperstown when I second guessed what we had done. Some of the team’s parents were worried we would be so thoroughly humiliated on the field that it would do permanent harm to the kids’ psyche. But what we experienced was just the opposite. To this day the boys speak of their week at Dreams Park as one of the most important events of their elementary school years. They learned that getting out there and doing their best was far more important than the results. There’s no chance of getting a hit if you never step to the plate. 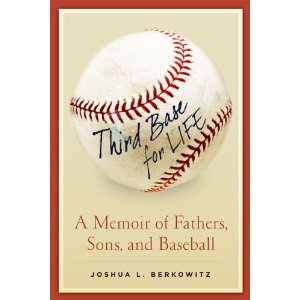 Who is your favorite Jewish baseball player?

Sandy Koufax. Although I never had the good fortune to see him play, my grandfather always told me stories about him. When I was young, Papa would take me to Fenway and we would sit in our seats along the first baseline and talk – all game long. Sandy was his favorite and so he became mine. Anyone of Koufax’s stature who has the strength to skip Game One of the World Series because it‘s Yom Kippur has my everlasting respect and admiration. Although, he doesn’t know it, Sandy Koufax and I have a special relationship. He makes an appearance in the book from time to time when I happen to be struggling with particularly difficult decisions.