Boston-area readers might remember a story from a few years ago when a Wellesley school took students on a field trip to a mosque in Roxbury. The trip sparked controversy when video surfaced of students joining in on prayers. Veteran education journalist Linda K. Wertheimer uses that incident as a jumping-off point for “Faith Ed: Teaching About Religion in an Age of Intolerance,” her new book exploring the teaching of religion in public schools. I asked her how she became interested in the topic and what obstacles she encountered reporting the story.

On Sunday, Nov. 15, Linda is having a conversation with Rabbi Howard Jaffe, senior rabbi at Temple Isaiah of Lexington, about the themes in her book. Join them at 9:15 a.m. at the Temple Isaiah Brotherhood Breakfast. She will also be speaking at Congregation Beth Elohim in Acton on Sunday, Nov. 22.

Why did you write the book?

The book looks at how public schools teach religion amid controversy. I grew up in an Ohio town, where we had weekly classes in Christianity, so my own story is mixed into this book; it’s journalism with a slice of memoir.

When I was 9 years old and in fourth grade, a woman would come to our class and have us sing “Jesus Loves Me.” I went home and told my parents about what was happening at school, and we soon found out we were the only Jews in the school. The class was illegal, but we didn’t want to create a problem. I left when the “church lady” came. When my classmates realized I didn’t believe in Jesus, some told me I was going to hell. This went on through high school. I wondered if this was anti-Semitism, or ignorance. If they taught more about religion, would it make a difference?

This book has its roots when students from Wellesley visited a mosque in Roxbury in 2010. The students were studying Christianity, Judaism, Islam and Hinduism. For this book I spent years traveling across the country and seeing what lessons can be learned in the classroom. I found a school in Modesto, Calif., where all the students are required to take a world religion class, and there was never any controversy. What are the best ways to teach religion? And does it make a difference?

What surprised you the most while researching and writing this book?

I’ve been a full-time journalist for 25 years. I was The Boston Globe’s education editor for five years. What surprised me the most was the intensity of people’s hate for religions, especially for ones they didn’t know much about. Islam is a flash point today—people act toward Islam the way they acted toward Jews in the 1950s. 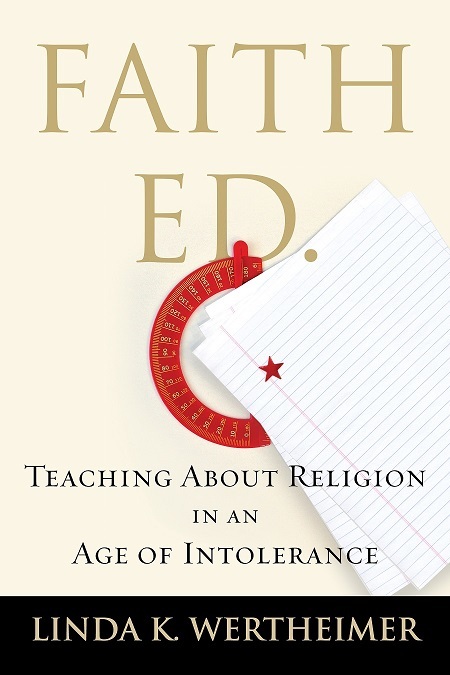 I listened to audio from school-board meetings, in which people said nasty things. In one meeting in Tampa, Fla., an imam defended a talk he gave at a high school about Islam as part of world religion and world history classes. People had objected to him being there, as if all Muslims are terrorists. I know that hate exists, but it was still surprising to hear. You think, haven’t we moved beyond that? On the positive side, it wasn’t really coming from the kids; it was from the parents. The kids felt the class made a difference.

Did you receive any pushback from schools, school districts or parents while writing the book?

Most places I had to work really hard to gain access. Once I got in, they were fine. There was some paranoia in Lumberton, Texas, about me being there. Someone called the superintendent and said not to talk to me. I spent a lot of time and worked very hard to get access to the school. I did get some pushback, but eventually I did get all of the people to talk to me.

It took more than half a year to get access to a school in Tampa, but then I got to spend a week in the classroom. That was actually really great because I watched a friendship grow between a Muslim girl and a Jewish girl on a field trip.

What’s your advice for those visiting a foreign house of worship?

When I tour a mosque I put on a scarf, but I don’t think you should ask a public school student to do anything that resembles worship. The Wellesley kids did not cover their heads.

$13
Top Pick
Edit
Israel in Turmoil: Prospects for the Future