The Place Where We are Right
By Yehuda Amichai

From the place where we are right
Flowers will never grow
In the spring.

The place where we are right
Is hard and trampled
Like a yard.

But doubts and loves
Dig up the world
Like a mole, a plow.
And a whisper will be heard in the place
Where the ruined
House once stood

I shared this Amichai poem with my students when we began a year-long process of learning and conversation about Israel at the Rabbinical School of Hebrew College this past fall. As we undertook this educational process in the context of our intentionally pluralistic community, it seemed a poignant and helpful reminder to avoid the hard and unyielding ground of self-righteousness in favor of the fertile growth that comes from listening to each other’s “doubts and loves.”

Unfortunately, as conversations about Israel in the North American Jewish community have become increasingly strident and politicized, they have become less hospitable to those who would wrestle open-heartedly with the nature and meaning of their relationship to the Jewish state. Doubts are too quickly recast as expressions of disloyalty; probing questions are too easily dismissed as unwelcome provocations. In all too many congregations and communities, discussions about Israel are simply avoided, because they are seen as so potentially threatening and divisive.

As an educator, and a lover of poetry, I find this tragic. If, in fact, more American Jews are asking profound questions about their relationship to the State of Israel—as I believe they are—then our educational task is not to silence those questions, but indeed to engage them, to listen carefully to them, to see what new possibilities might emerge from them.

A personal note: I was taught from a young age to trust the messy over the messianic. This applied to both the private and public dimensions of life; the personal as well as the political. People who were too polished were not to be trusted; neither were utopian ideologies. What captured my own imagination about Israel when I was a teenager—and has claimed my heart ever since—was not the perfection of heavenly Jerusalem but the vitality of earthly Jerusalem. It was not the promise of messianic fulfillment, but the drama of human aspiration. Our students understand that we want them to participate in that drama, to see themselves as having vital and creative contributions to make to the unfolding story of the Jewish people. In order to do so, we must invite them to enter it fully—each of them—with their own “doubts and loves.”

This is what we are doing at the Rabbinical School of Hebrew College, and as a committed Zionist who has dedicated much of my adult life to nurturing the relationship between North American Jews and Israel, I am deeply proud of it.

It saddens me that Rabbi Daniel Gordis has chosen to misrepresent our educational work and our community in such an egregious way, particularly by taking out of context and sharing—without permission—private and personal communications.

Over the last two years, we have worked hard at the Rabbinical School not only to create opportunities for sustained learning and dialogue here in the U.S., but also to develop a more robust study-in-Israel program, under the excellent educational leadership of Rabbi Peretz Rodman. The first articulated goal of the program is to help our students “cultivate a personal relationship to the Modern State of Israel and engage with the complexities of Israeli society.” We have extended our Israel requirement to a full year, and shifted that year of study from the fourth to the third year of their program, precisely so that students return to the Rabbinical School for two more years and can share their Israel experience with the rest of the community in a deeper way. As someone who has travelled with North American teenagers to Israel almost every summer for the last 33 years, I am confident that the impact of these educational efforts will be far more positive and long-lasting than drawing ideological red lines.

For those who are curious, this is what we did in our communal prayer on Yom Hazikaron. As part of our tefilah that morning, we read another poem by Yehuda Amichai, called “The Diameter of the Bomb.” Then, before chanting El Maleh Rachamim and commemorating the losses of fallen Israeli soldiers and victims of terror, an Israeli member of our faculty spoke personally about people he had lost in the conflict. He spoke about a friend who had fallen in combat, another friend who had committed suicide while serving in the army, another friend who had been killed in an accident during military exercises, and the mother of a friend who went through the heart-wrenching process of signing forms permitting him to serve in a combat unit after his father had been killed. Finally, he said—with gentleness and sorrow—that as he thinks of each of the people in his own inner circle whose lives have been cut short or shattered because of the conflict, he is aware of the vast, ever-expanding circles of suffering and loss that have touched innocent people on all sides.

I don’t think there was a person in the room—right, left, or center—who wasn’t moved and humbled. If there is not space in the Jewish community for us to open our hearts in this small way, then we are in far more serious trouble than I thought. 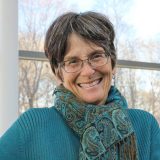