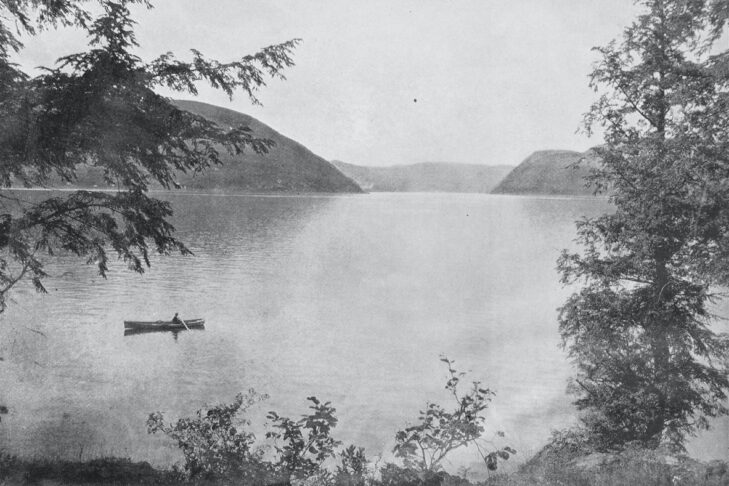 While some of us binged Netflix or turned our attention to sourdough starters, Gary Shteyngart added another novel to his repertoire, “Our Country Friends,” and set it in the early days of the pandemic. Like Shteyngart, the novel’s main protagonist, Alexander “Sasha” Senderovsky, is a Russian Jewish novelist who has fled New York City for his country home in the Hudson Valley of New York.

Along with his psychiatrist wife, Masha Levin-Senderovsky, and their tween daughter, Natasha, Sasha has invited a group of friends to wait out the pandemic with his family. They include high school friends Karen and Vinod, fellow immigrants respectively from South Korea and India. Ed is another friend introduced as a “gentleman,” and Dee, Senderovsky’s former student who has published an acclaimed book of essays, rounds out the ensemble cast. Joining the group is someone known only as “The Actor” who arrives to work with Senderovsky on a television adaptation of his novel. 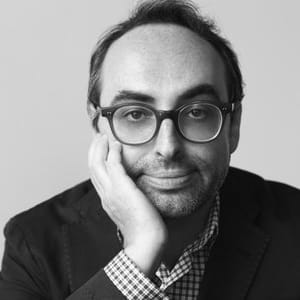 The Chekhovian echoes in “Our Country House” are crisp and clear. Like Chekhov, Shteyngart creates worlds that collide. The air is thick with rivalries—artistic and sexual. Although there is the main house and six bungalows on Senderovsky’s property, the living arrangements tend to be claustrophobic. As in his previous five novels and memoir, Shteyngart excels at satire. The author, who spends more than half the year in the Hudson Valley, recently spoke to JewishBoston about the economics of the pandemic, literary politics and immigrants in America.

This novel has a memorable ensemble cast. Did you have a favorite character?

I know that Sasha is kind of an avatar. But I was so lonely during the pandemic that I had to make up imaginary friends, and I loved hanging out with them while writing the book. So, I don’t have a favorite. Some of them surprised me. Obviously, The Actor is a jerk, but I feel for him, too. There’s something sad about him; he’s not a happy person at all. He’s been thrust into this role of a death-god by most of the people around him.

So you agree there are shades of you in Sasha?

Yes, very much so. The main thing about Sasha is that he loves the countryside. When he came to America as a kid, he went to a Russian bungalow colony upstate, which was very poor and ramshackle. That is exactly my story. I would come up here with my grandmother while my parents were off in the city, working their butts off. It was a bunch of Russian kids like me, and the grownups chased us around, trying to feed us. I would describe that bungalow colony as a safe space. Sasha also has a version of his bungalow by buying a house upstate on a nice plot of land and putting in four or five bungalows. Like Sasha, my favorite parts of the year are when my friends come up from the city to stay with me upstate.

Natasha, who goes by Nat, is a fascinating character. I loved that you brought a kid into the mix. Nat is thinking a lot about gender identity, and they are obsessed with a K-pop band. Was it important for you to include them in this novel?

I wanted to include a kid in the novel to represent the next generation. I also wanted to explore the malaise that the current generation brought about in the form of the pandemic, ecological disasters and the political firestorm that’s happening outside of this bungalow. I wanted to focus on one character from “Generation L.” The “L” stands for the “last generation.” The bill is coming due for the next generation. I also wanted Nat to be a little bit like I was when I was a kid, which was very talkative, very much relating to adults and not quite knowing how to deal with children.

Place is integral to this narrative, and the places you mentioned in Queens, like Elmhurst and Jackson Heights, were at the pandemic’s epicenter. You grew up in Queens as well. What was it like to see these places being hit so hard from your vista in upstate New York?

I’ve spent most of my year up here for about 12 years, so I feel somewhat like a local at this point. I prefer being here to New York City in general. But I felt very guilty that I had a place like this. It was especially hard for me because many of the people who died during the pandemic were based in the immigrant-concentrated parts of Queens, like Elmhurst and Jackson Heights. A lot of those people were in poor health because they worked as front-line workers—nurses’ aides, bodega workers or delivery workers. They were in harm’s way, and I was in relative safety. So, yes, it’s the same feeling of guilt that many of my characters felt in the book. Many of them grew up in Elmhurst and Jackson Heights and the like.

Dee is the only non-immigrant adult character in the group. She also represents a certain swath of the American population. She’s a southern writer, and her views seem to veer toward libertarianism.

Dee’s views are mercenary, in the sense that she’s willing to bend them for attention. She’s ideologically promiscuous. She’s supposedly of the left, but she also floats to the far right when it suits her. Because all these other characters can use their immigrant status or the fact that they’re not white, her main thing is that she grew up white, Anglo-Saxon and poor in the South. She has this calling card as well, that she alone can explain the Trump-loving, right-wing to the rest of the country. 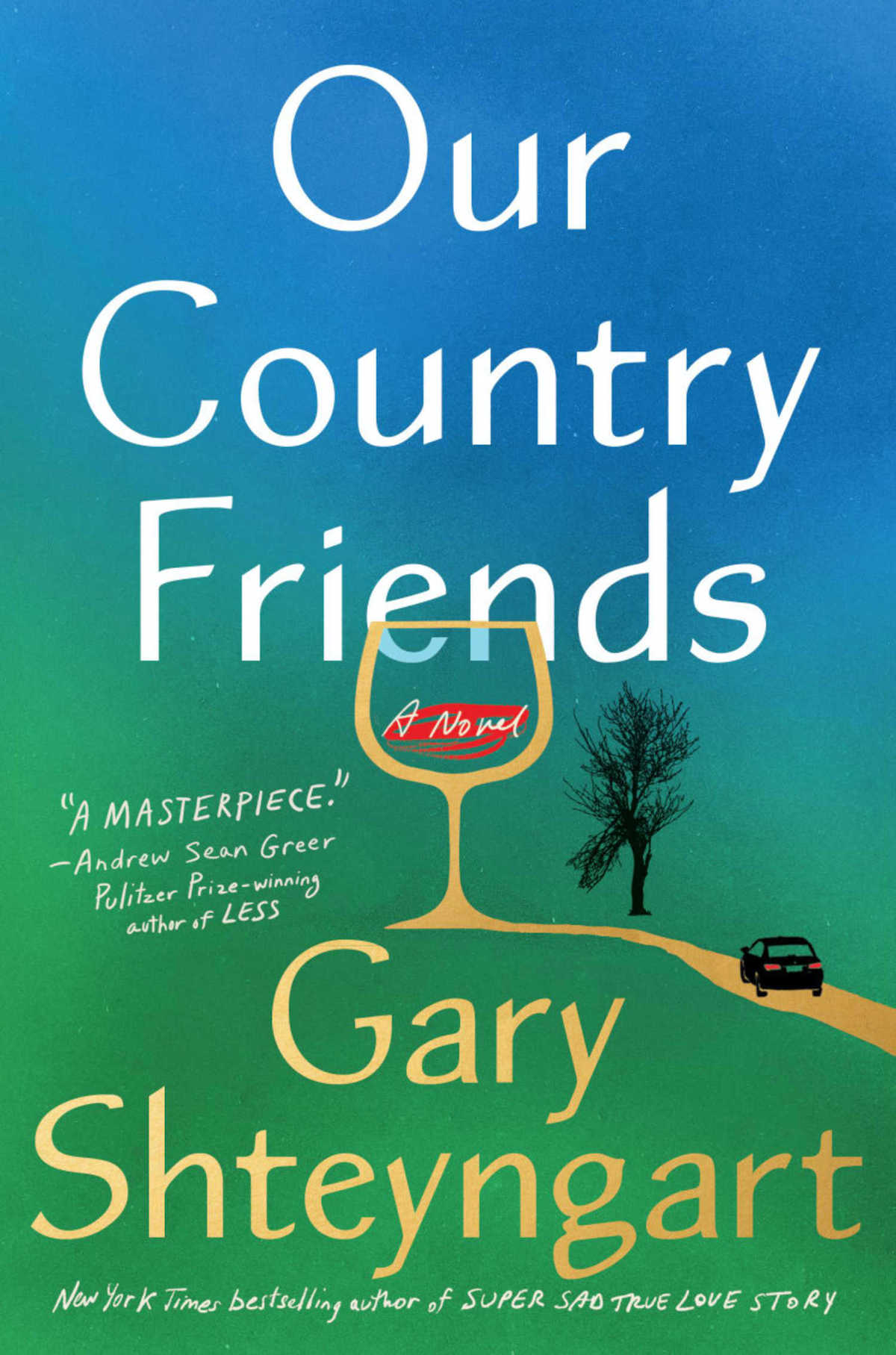 In the last third of the novel, it gets harder to ignore the outside world, and you capture the divisiveness and the uncomfortable coexistence we have in our country by illustrating it in the Upper Hudson Valley. How close did that align with your upstate neighborhood, and what has it been like up there for you during the pandemic?

It has been very idyllic in a weird way. I have a young kid, and it’s sad that he couldn’t socialize at school, but we formed a little pod with some of our friends. We grilled a lot by the pool; again, this is the kind of stuff that makes you feel guilty. There was a lot of that going on. Another example of our privilege was driving up to the grocery store, and everything we ordered was set out for us.

Would you say that this novel is ultimately about love in the end?

I’m glad you asked that. I know the book is being sold as the first pandemic novel, and I don’t mind reviewers using that description. But the central part of this novel is about friendship. In my other books I dealt mainly with romantic relationships, and, more important, I think for immigrant writers, relationships with their parents. In “Our Country Friends,” the parents have passed on, or they’re far away. They’re not the same kind of presence they have been in my other books. They’re more internalized by these characters. Nat is adopted from China, and then she finds a second adoptive parent in Karen, who falls in love with her. So, there are a lot of different connections.

In some ways, this novel is an homage to Anton Chekhov. How does he inspire your work?

In this book, Chekhov was more inspirational than ever. I have quoted him in my other books, but I re-read him from beginning to end up here. One common theme is that a lot of Chekhov’s work is set in the countryside. Chekhov lived and practiced medicine outside of Moscow, and I’m living outside of New York. Being in the country brings about a kind of joy in people. Things are silent, and then people come together. It happens that way in a lot of Chekhov’s books. There’s the opportunity to commiserate about roads not taken and to think about your friends because they’re always present. So many of Chekhov’s stories are about people sitting around in the country drinking vodka and telling a story about another person. But the characters are  telling their own stories.

And the million-dollar question—who is The Actor based on?

I’ve written for television and have been around actors and famous people. I can’t say there’s one person that he’s based on. But I’ve taken some of the worst qualities of people I’ve met working in the industry and put them into a blender. So, The Actor is a composite. But there is also this idea of The Actor always having to charm or never being able to fully return to a base level of humanity.

I loved your memoir “Little Failure.” You had a rough time at Jewish day school. How did that affect you going forward?

There was something provincial about my Jewish day school in Queens. It was one of the toughest experiences of my life. I’ve never felt so dehumanized, and I was supposed to be among my people. Many Russian immigrants came to my book signings. Some of them went to Jewish day school, and others went to public school. I would say, anecdotally speaking, that the ones who went to public school were a lot happier. Those folks had higher self-esteem because they were surrounded by other people from places like the Dominican Republic, Cuba, Haiti, Korea, China, you name it. That was the experience I had in Stuyvesant High School, which was a big melting pot. A lot of my close friends are from Stuyvesant, and almost all the fictional friends in this book were from there. I imagine Sasha also went to a Jewish day school because of the sort of friends he made. They were immigrants like him.