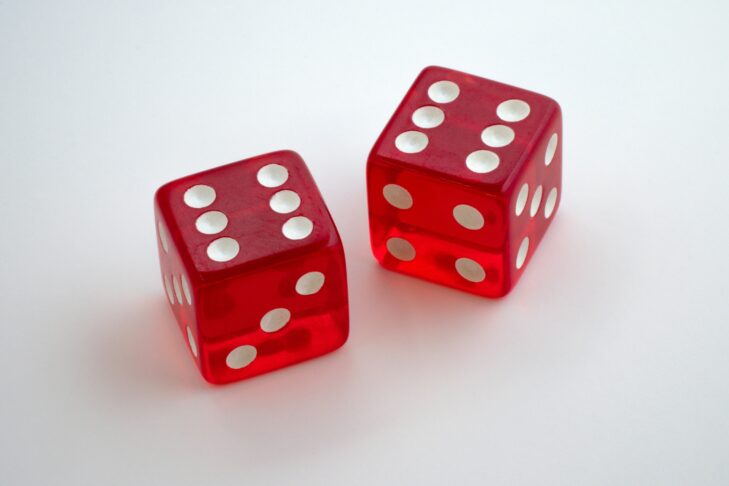 In this essay, I want to unfold one word for you, like a map by which we might direct our path toward this coming season of Purim, in language play on va-yiqra’/va-yiqar. This week’s Torah reading opens:

And [He] called to Moses [vayiqra’ el Moshe] and the LORD [Yhwh] spoke to him from the Tent of Meeting saying: Speak to the Israelites and say to them… (Leviticus 1:1-2).

It’s an odd beginning, as the subject of the action is initially hidden. Where is the agent of the verb “and He called [va-yiqra’]”? Why doesn’t the narrative introduce God as the one who summons Moshe?

Do I quibble overmuch, when the very next phrase mentions the LORD (Yhwh) as the speaker? I think not! So many paragraphs in the Torah open, unambiguously: “And the LORD spoke to Moshe, saying…. [Va-yomer Yhwh ’el Moshe… or “Va-yeddaber Yhwh ’el Moshe le’emor].”

Perhaps the elision of God as subject here is meant to highlight that we readers are en media res—really in the middle of a story, picking up from where we left off at the end of the Book of Exodus. There, Moshe had just finished setting up the mishkan, when the cloud covered the Tent of Meeting and God’s presence filled the Tabernacle (Exodus 40:32). Yet Moshe was excluded from entering until he was summoned at the opening the Book of VaYiqra (Leviticus), when God literally called him in: VaYiqra’ ’elav (Lev. 1:1).

Alternatively, perhaps the origin of the voice, the subject of the summons, “VaYiqra‘”—and He called—is elusive to Moshe? The Masoretes (the scribes responsible for adding vocalization and other diacritical marks to the Torah) hint at this with an orthographic comment. The silent letter aleph, the last letter of the five-letter word, VaYiqra’, is tiny, suspended as one might signal an ordinal number—a suffix of the enth degree. This points to another reading—instead of “call” or “summon” (qof.resh.aleph.), one might read it as “happen upon” (qof.resh.heh.).

There’s a hidden message here. Maybe God’s voice is heard, at first, as a call that happens upon [va-yiqar] Moshe, just as prophecy happened to Balaam: “Va-yiqar Elohim ‘el Bil ‘am—And God met or happened upon Balam” (Numbers 23:4; and again in v. 16). Indeed, the verb qof.resh.heh. is associated with happenstance, a chance meeting, a seemingly accidental encounter—like an impure “nocturnal emission” [miqreh lilah] that happens to a man (Deuteronomy 23:11).

On a less tainted note, the verb is deployed by Abraham’s servant as he stands by the well in Padan-aram, asking for a sign or omen to help him choose the right bride for Isaac:

Paradoxically, the servant is calling for Divine Providence—for God to make it happen (haqreh, the root qof.resh.heh. in the causative, hiphil). Yet it is he, a mere mortal, who initiates the test, a sign by which he might know the young woman to be worthy of Abraham’s son. And, indeed, Rebekah proves herself worthy by offering him a drink from her jug and watering all the camels as well.

Luck be a lady tonight.

This verb connotes happenstance, which might be both providential and of human initiative; palpable as the God-of-small-things who inheres in the world yet made manifest by mortal summons.

Most auspiciously, the verb qof.resh.heh. is associated with the encounter with Amalek, which we read on Parashat Zakhor (on the Shabbat before Purim, in addition to the weekly Torah portion):

Remember what Amalek did to you on your journey out of Egypt, how he happened upon you [qorkha] on the way, when you were faint and weary, and struck down all who lagged behind you; he did not fear God (Deuteronomy 25:17-18).

Rashi (on Deut. 25:18) relates this verb, qorkha—happened upon you—to chance, miqreh, happenstance; also qeri and tum’ah, an impure emission that defiles a man. That is, Amalek encountered the Israelites, and then, undeterred by fear of God, struck down all the stragglers in the back—the old and the infirm, the women and the children. Ruthless. Deliberate. Indeed, an ill-fated encounter—impure, tainted with evil!

This chance encounter with evil characterizes the relations between Israel and Amalek ever after. The verb rears its hoary head again twice in the Megillah, like the two-headed dog, Orthrox, of Greek mythology. In Megillat Ester, we read in chapter 4:

In the first report “of all that happened [qarahu]” to Mordecai, he may recount his refusal to bow down to the viceroy—not anticipating the consequences—and the decree of genocide, initiated by Haman, descendant of Amalek and enemy of the Jews, which would effectively be paid for by the 10,000 talents of silver placed in the king’s coffer. The second report, “of all that happened to him [qarahu],” that is to Haman, marks the beginning of the cascade of reversals; when that enemy of the Jews was compelled to parade Mordecai about, dressed in the king’s robes and on the king’s horse, with the proclamation: “So shall be done to the man whom the king desires to honor” (6:10-11).

It depends on how we view chance occurrences. The very holiday of Purim is named for “the lot,” Pur—goral h’u (Est. 3:7, 9:24; cf. 9:26, 29). Yet, we take the randomness rampant throughout the story, those comic happenstances or chance encounters—what Avivah Zornberg calls the Dis-providential—and turn them around, nahafokh-hu. We make human meaning of them, and then sanctify this holiday-of-chance, Purim, in historical time, summoning the God-of-small-things to Earth.

Albert Einstein once famously pronounced: “God does not play dice with the universe.” Yet, he was the scientist who discovered the time-space warp, and in critical conversation with quantum mechanics, ruled by the random emissions of quarks, subject only to probabilities. (I don’t really know what a quark is, but I do know that modern physics is not deterministic!) So, what did Einstein mean?

Let me venture an answer, returning to the opening of this week’s Torah reading. “And [He] called to [va-yiqra ‘el] Moshe…” (Lev. 1:1). This was a summons from within the Holy of Holies, that most sacred of places. To Moshe, it may have been a mere murmur at first, a seeming chance encounter, a miqreh—but then it became clear to the prophet that it was purposeful; it was the LORD speaking: “…and Yhwh spoke to him from the Tent of Meeting, saying….”

The story of Esther and the holiday of Purim depicts a topsy-turvy world of seemingly random events: drunken feasts and supposed beauty pageants, where an orphaned Jewish girl becomes queen; and Mordecai, whose refusal to bow down to Haman prompts a decree to destroy all the Jewish people, eventually becomes second to the king.

How do we interpret all these chance reversals? Who knows? Perhaps Esther attained royal position for just such a moment (Esther 4:14)! What summons her to step into the breach, to hear the call? Within our hearts we listen to the world—like Moshe, like Esther—initially not knowing the origin of the voice that summons us forward (va-yiqra’ ‘el), attuning our ears to all that seems incidental and accidental, be-miqreh; in turn these incidents and accidents acquire meaning, perhaps even meaning divinely given.

Rav Rachel Adelman is an associate professor of Bible at Hebrew College. She holds a master of arts in Jewish studies from Matan/Baltimore Hebrew University, a Ph.D. in Hebrew literature, with a specialty in midrash, from The Hebrew University of Jerusalem, and rabbinical ordination from Hebrew College. She is currently working on a series of papers related to the question of theodicy in Bible and midrash (Why do bad things happen to good people?).