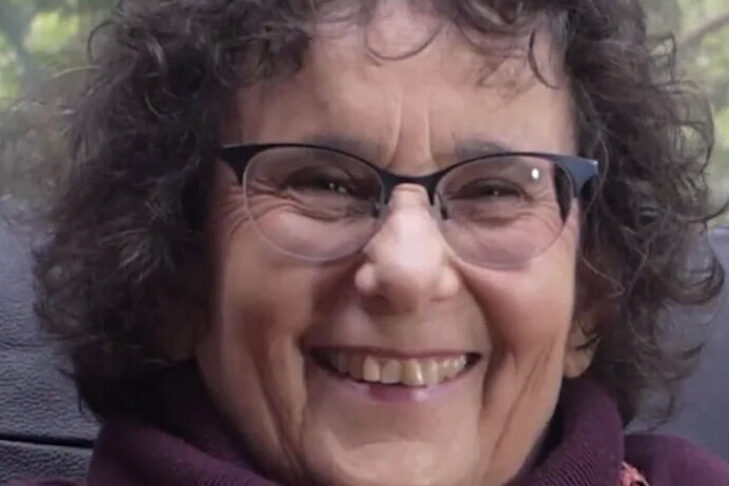 Rachel Biale’s rich and poignant memoir, “Growing Up Below Sea Level: A Kibbutz Childhood,” evokes a particular time and place in 1950s and ‘60s Israel. The daughter of Czech Holocaust survivors, Biale was raised on Kibbutz Kfar Ruppin. Founded in 1938 by German Jews and Czechs who fled the German occupation, the kibbutz was near the Jordan River and close to 800 feet below sea level.

Biale’s distinct memories of living in the kibbutz’s children’s house train a lens on how profoundly kibbutz life and the State of Israel has changed since the mid-20th century. Biale structures the book in flashbacks and flash-forwards to show how her kibbutz childhood influenced the woman she became. Now living in the Bay Area, Biale is a social worker and community organizer.

As Biale noted in a recent interview with JewishBoston, 4-year-olds had a great deal of agency and mutual responsibility on the kibbutz. In an affecting vignette, Biale relates how she and the other 4-year-olds in her group helped Sammi after he wet his bed. This precocious quartet quickly stripped Sammi’s bed and gave him fresh pajamas without alerting the metepelet—the woman in charge of the children. Years later, Biale met Sammi when he was stationed in an elite combat unit. On his anxious first night on the base, he tells Biale, “I could have used you and the others from the kindergarten room.”

Children on the kibbutz were expected to contribute to the broader community. In third grade, Biale was in charge of a herd of dairy cows. With humor and irony, she tells how she, weighing 60 pounds and barely four feet tall, steered the 1,000-pound-plus cows back to the kibbutz.

Such scenes imbue Biale’s memoir with sagacity and import. Her family’s commitment to blazing a trail in the young Jewish state is a remarkable story and a central moment in Israel’s history. Biale vividly inhabits her childhood in this excellent and compelling book. 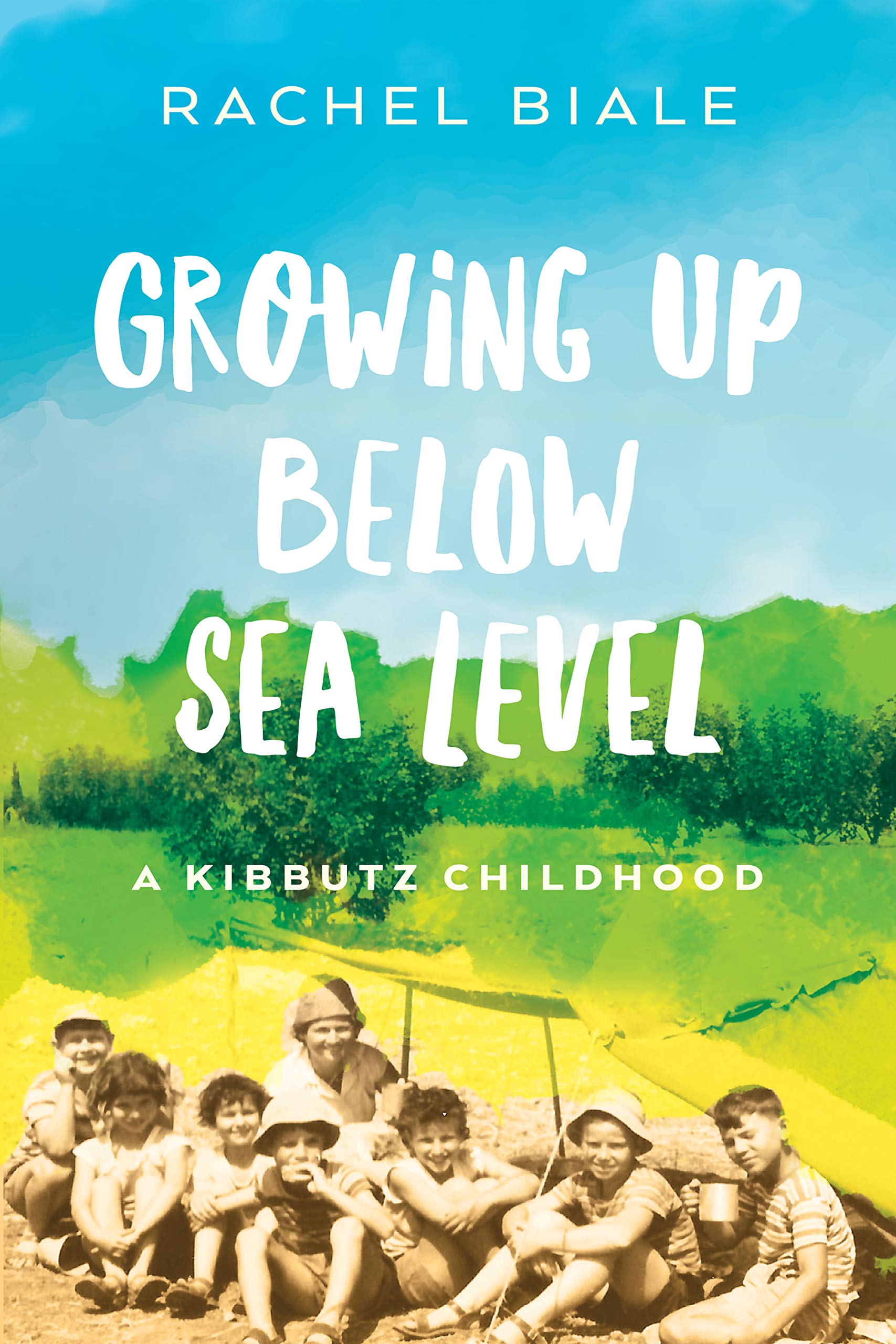 What are some of the major changes the kibbutz in which you grew up has undergone?

Within the kibbutz, one of the most significant changes was the dismantling of the [children’s] communal sleeping in the ‘70s and ‘80s. At the time, it felt like drastically altering what the kibbutz experience was. And it did alter what childhood looks like, but I don’t think it radically altered kibbutz life. But the privatization process that followed in the ‘90s and on changed things quite dramatically. The kibbutz has become a much more diverse and inclusive community. The rigid, ideological, rather constraining system is no longer there, and there is a lot more freedom and independence. People have greater leeway to do as they please within the community’s parameters, where everybody shares space, a communal social and cultural life, and major decisions.

How has Israel changed in the intervening years?

The biggest change is the political landscape of Israel. When I was growing up, Israel was dominated by the Labor Party, which valorized the kibbutz movement. And when the right wing under Menachem Begin came to power, that flipped into a very strong anti-kibbutz sentiment used by Begin and then subsequent right-wing party leaders to rally their supporters. But most importantly was the Six-Day War, which I think was the most disastrous victory one could imagine.

How did the kibbutz movement respond to the creation of settlements?

The kibbutz movement was, in general, slow to wake up to the implications of the occupation and the settlements. Initially, settling in the Golan seemed like it was about extending the early kibbutzim ideology of settling into “empty areas,” which, of course, were not empty. It seemed to be the continuation of the kibbutz idealism, of creating kibbutzim and moshavim and developing agriculture. Early kibbutz ideology was essentially co-opted and abducted by the extreme right wing in the project of settlements in the West Bank.

Why did you begin the book with your parents’ lives during World War II?

There were two levels on which I felt it was important to start with their story. One is the personal one that, obviously, I wouldn’t be where I was if it weren’t for their saga. And it’s a story that’s not particularly well known, especially not the part about them being captured by the British as they neared the shores of Palestine, and then being deported and imprisoned in Mauritius.

Second, and perhaps even more importantly, I wanted to understand these seemingly crazy people who created this utopian, strange community and the extreme danger they lived through to give me an idyllic, safe, healthy childhood.

It was also important to understand that they maintained a vivid part of their inner world and the cultural world from Prague, which was very cosmopolitan. They had to flee their country and abandon their families to survive, but they remained emotionally connected to their childhoods and to Prague. They came from highly educated cultured families, and they managed to sustain that intellectual and cultural world.  Even though they were at the end of the road, on the banks of the Jordan River, they always remained Europeans. They read voraciously and had a vast library, with hundreds and hundreds of books, almost all in English.

You write about the year you and your family lived in Newton. How did that year transform you?

I went to Newton North High School, which, of course, thought of itself as the better high school in town! My father was involved in reimagining physics textbooks for high school students with a group in the United States, which had a satellite in Israel, at the Weizmann Institute. My father was sent to the United States through UNESCO for a year to work with the original group in Watertown.

Everything in Newton was completely different from anything I had seen in Israel. The school I came from had maybe a total of 200 students. Newton North had about 2,000 students, so that was overwhelming. The whole American system of moving from class to class for different subjects was very different. But my most profound experience that year was my exposure to the civil rights movement. The assassinations of Martin Luther King Jr. and then Robert Kennedy were earth-shattering for me. I also met up with kids in the high school who were involved in housing discrimination and other civil rights issues. I went to meetings to learn what they were doing. I was amazed to learn, as the year unfolded, that most of them were Jewish. I’d thought they were quintessential Americans, which didn’t include being Jewish. It was my first introduction to American Jewish identity.

Was it challenging to return to your kibbutz?

When I returned to Israel, I couldn’t just go back to our local kibbutzim high school. It felt too small and limited. Nobody seemed to understand what I had experienced in terms of seeing the big world in general and understanding issues of discrimination in particular. It was the beginning of my political awakening about Israel and the occupation. I started to think about Israelis in relation to Palestinians. I also began to consider the social discrimination against Mizrahi and North African Jews. Once I finished the army, I decided I wanted to return to the United States for my university education. And then circumstances presented me with the opportunity when I married an American Jew. That certainly changed the trajectory of my life. I eventually graduated from UCLA with bachelor’s and master’s degrees in Jewish history.

By Kara Baskin
Top Pick
Edit
The Legal Status of the West Bank: Another Perspective

$18
Top Pick
Edit
What Is the New England Jewish Experience?